I blogged about the pleasant drive down to Raleigh, NC in May for the NGS Conference. On the way down, Carole and I decided to stop in Enfield, NC (Halifax County).

There, we met with our friends Alice and Bill who were going cemetery searching. We decided to join in for the fun. I’m so glad we did.

Carole connected Alice and Bill with the Clark Funeral Home, and they were told someone there could help them on their search in Enfield for ancestors in cemeteries.

Instantly, when I walked inside Clark, it conjured up thoughts and memories of rural funeral homes with their unique brand of tending to the deceased.

There was the antique parlor furniture, the crimson carpets, the mahogany writing desk for signing the guest book, the portrait of Jesus, the quaint chapel and the smell of…I don’t know how to describe it, but it’s a very distinct smell;) 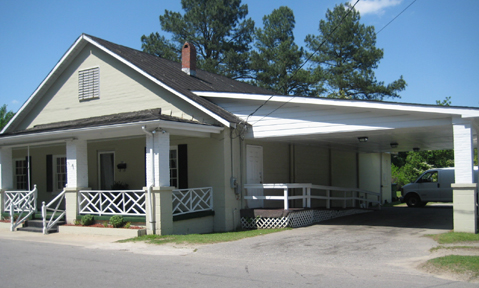 We went inside and were introduced to a man named Eddie. When Alice and Bill arrived, the real fun began.

Eddie commenced to giving us all what can only rightfully be described as a condensed history of African-Americans in Enfield, North Carolina.

We all sat enraptured for at least the next 45 minutes as he ran down the ownership of this and other funeral homes, families he knew, little known facts about the town, race relations…you name it and this man knew it.

He was brilliant and funny at the same time.

With a thick and wonderful Southern drawl, Eddie had a vivacious energy that was just totally unexpected. He looked at us and would say, before pronouncing some fact,“I’m not tellin’ ya somethun’ I heard...I’m tellin’ you somethun’ I know.”

Alice got her writing pad out and started writing like any good genealogist. This is the kinda stuff that isn’t written in any history book and needs to be.

When you have a chance encounter with one of these folks, you have to be ready to capture it.

You see, Eddie had been in the funeral home business for more than 40 years. Not only did he have a firm grasp of local history, but he was a political and social activist with a long resume on a national scale.

He regaled in showing us his picture with Obama, from the Democratic National Convention. I just found him to be a fascinating gentleman.

Going for a Ride

After some time, Shirra, the current owner of Clark Funeral Home (whose name I am probably not spelling correctly) arrived and we were off to hunt down ancestors.

He took us all in the limousine. Yes, it was the funeral home limousine, but it was still a limousine!

Still, there’s something I love about places like this.

It’s a different energy than you find in large cities, where I grew up. An enhanced sense of nature. Everything is magnified: the birds sing louder, the flowers are brighter, I don’t know.

As we drove, Shirra and Eddie were now a two-man history lesson, pointing out churches and giving us “the run-down.” It was incredible.

If my family was from Enfield, I probably would have just exploded on the spot out of sheer and utter excitement.

Heck, it’s still for the most part standing. It should be preserved. 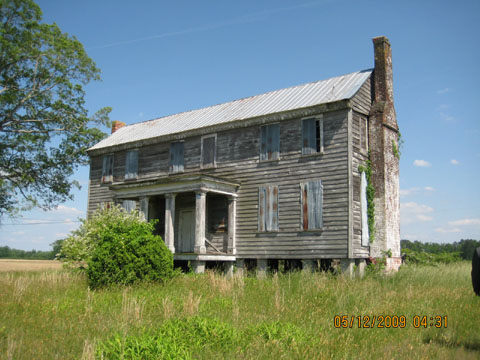 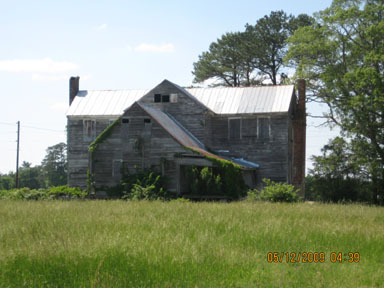 Back of Branch House

Shirra suspected that the family cemetery behind the home contained some of Branch’s slaves.  I checked John Branch’s 1860 Slave census and he had lots of slaves.

The family cemetery sat underneath what can only be described as the biggest magnolia tree I have ever seen in my life.

It surely should win some sort of botany award. Look at the size of the blossom! 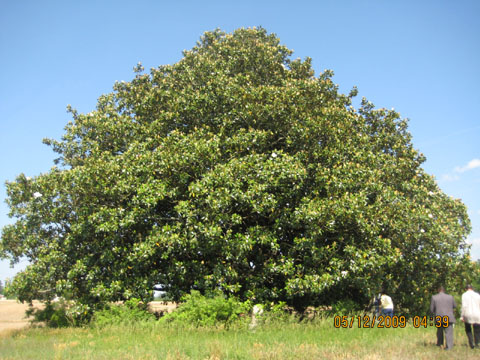 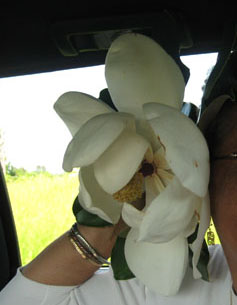 Guess what else? The family cemetery was underneath the magnolia tree! It was really something to see.

In this 90+ degree heat, the cemetery (which was enclosed by a metal fence) cooled under a canopy of enormous blooms and branches.

I have never seen anything like it. I kept thinking, I bet this tree has some stories to tell. 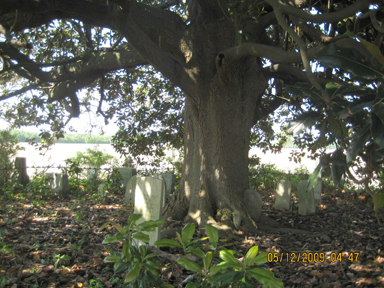 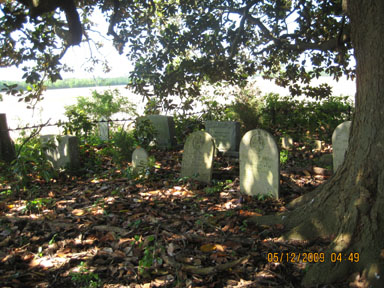 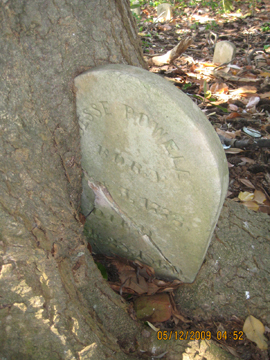 Caught in the Tree

I was extremely paranoid about snakes in the tall grass and also poison ivy, but notwithstanding all that, we all did a fair amount of looking around.

After that, Shirra and Eddie rode us around to at least two other cemeteries, taking a good 3 hours out of their day to help out this group of total strangers.

They were gracious and kind and extremely knowledgeable. Southern Hospitality is real. I felt very fortunate that the spirits led us to these two men.

It was a great afternoon and completely in line with the kinds of things that happen in genealogy.

This town, in my mind, was representative of so many small towns: just bursting at the seams with history and somebody in town who probably knows it.

It’s up to us to find that person (or group of persons), record it and write it down. That’s something I feel really passionate about. 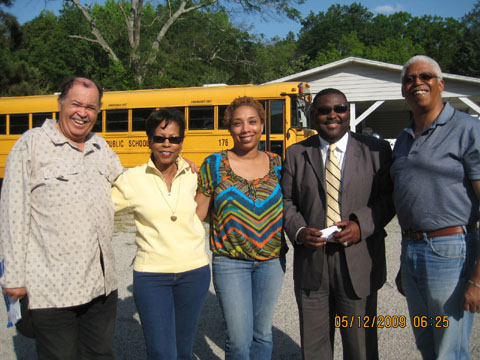 Update, 2022: I was saddened to hear from his daughter that Mr. Francis passed away on 26 July 2020. I hope this post remains as a testament to his spirit! 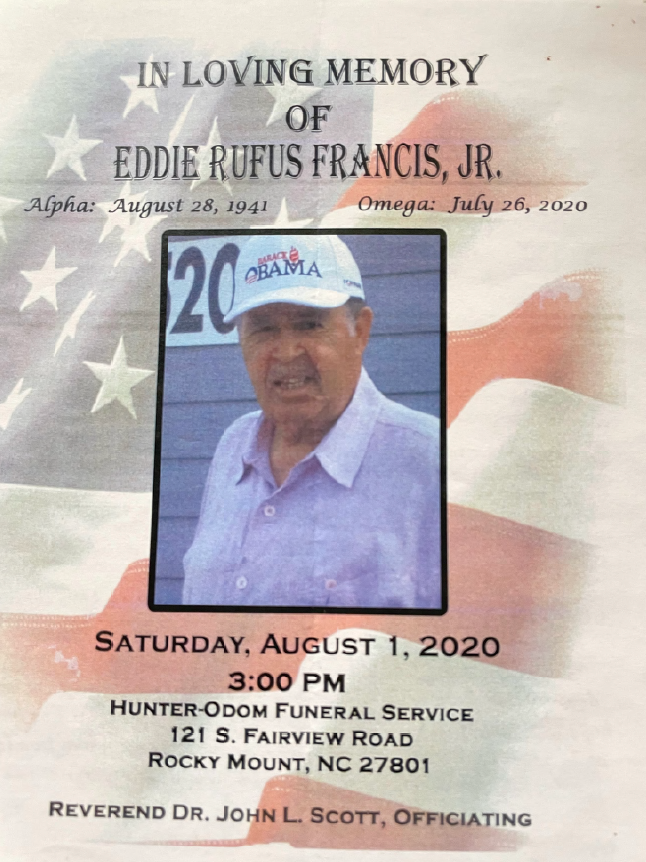