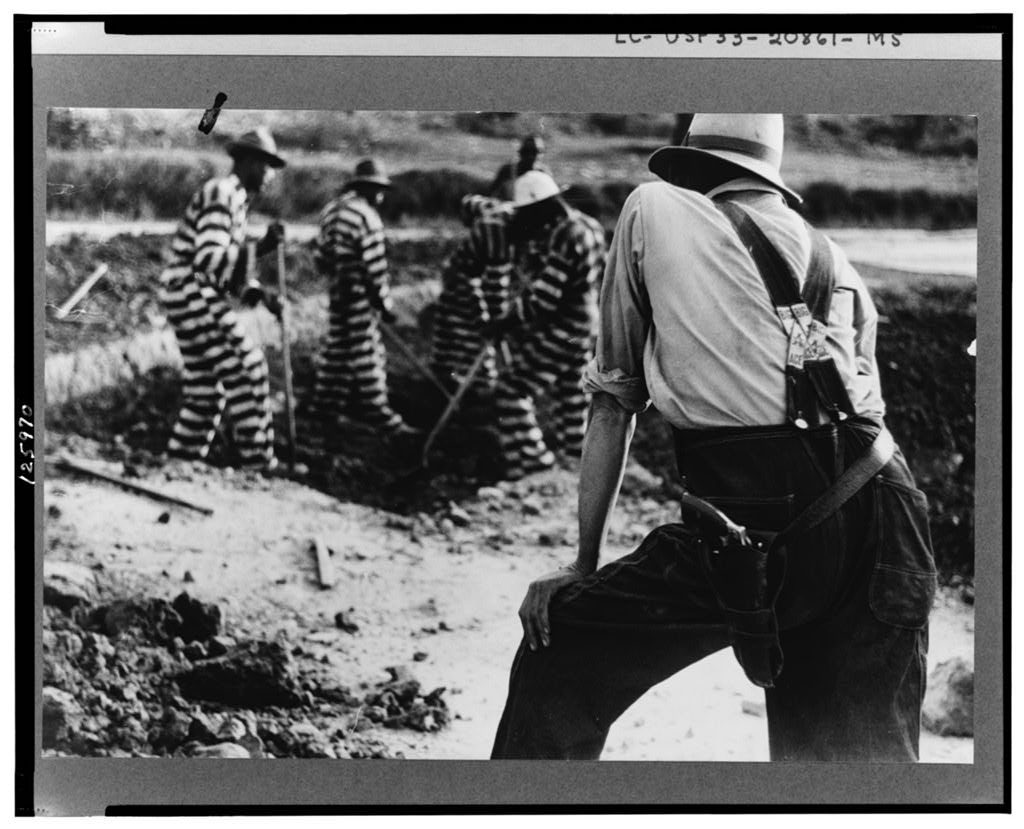 Recently, an interesting set of records appeared on Ancestry: “Alabama Convict Records, 1886-1952.” I lecture on court records, so these types of records always get my attention.

If you watched “Slavery By Another Name” which aired on PBS in February, these records will be familiar. You can watch the whole episode online.

I highly also recommend reading the book itself. I blogged about this book sometime ago. Also, Bill Moyer’s interview with the author is quite good.

People are often surprised to find out that slavery was allowed to continue past 1865. Look at the language of the 13th amendment:

Section 1.
Neither slavery nor involuntary servitude, except as a punishment for crime whereof the party shall have been duly convicted, shall exist within the United States, or any place subject to their jurisdiction.

(If this interests you, watch the documentary on the 13th amendment called “13th” by Ava Duvernay–it is available on Netflix and for free on You Tube.

This exception for crime ushered in a decades-long system of convict leasing mostly in the southern states.

Primarily black people were charged with frivolous crimes like vagrancy and then held in prison when they could not afford their court fines. Their labor was sold, and they were put to work under horrific conditions in mines and plantations. Tens of thousands of people died.

Alabama was one of the worst perpetrators of convict leasing. Now that I’ve traced my Fendricks and Springer ancestors back to Alabama, I’m searching through as many Alabama records as possible.

The records on Ancestry are images from ledgers. The ledgers were filled in by hand with varying degrees of detail about the prisoner.

I spent some time going through these records at Ancestry. Although filled with mostly black Americans, I did find some whites who were prosecuted. I also saw a few women women and several teenagers.

Some of the records contain case numbers that can be used by researchers to find more information about the court case. You will want to find the court records if you find a family member in these files.

There were men convicted for running distilleries. I also saw a young black man convicted of rape, and his entry includes a date of death. I wonder if the rape was for a white woman and whether or not he was lynched?

Most of the people whose records I viewed were eventually released from prison.

If you have Alabama ancestors that “disappeared” for a few years, you’ll want to search these records. There is also a related database on Ancestry called Alabama Death Record of State Convicts, 1843-1951.

Remember that these are state documents, so you’ll want to check with the state archives in your research locale to see what records they have about their prison system.

Here are a few more examples (click on the image to see it magnified):