Alex Haley and His Wife Queen 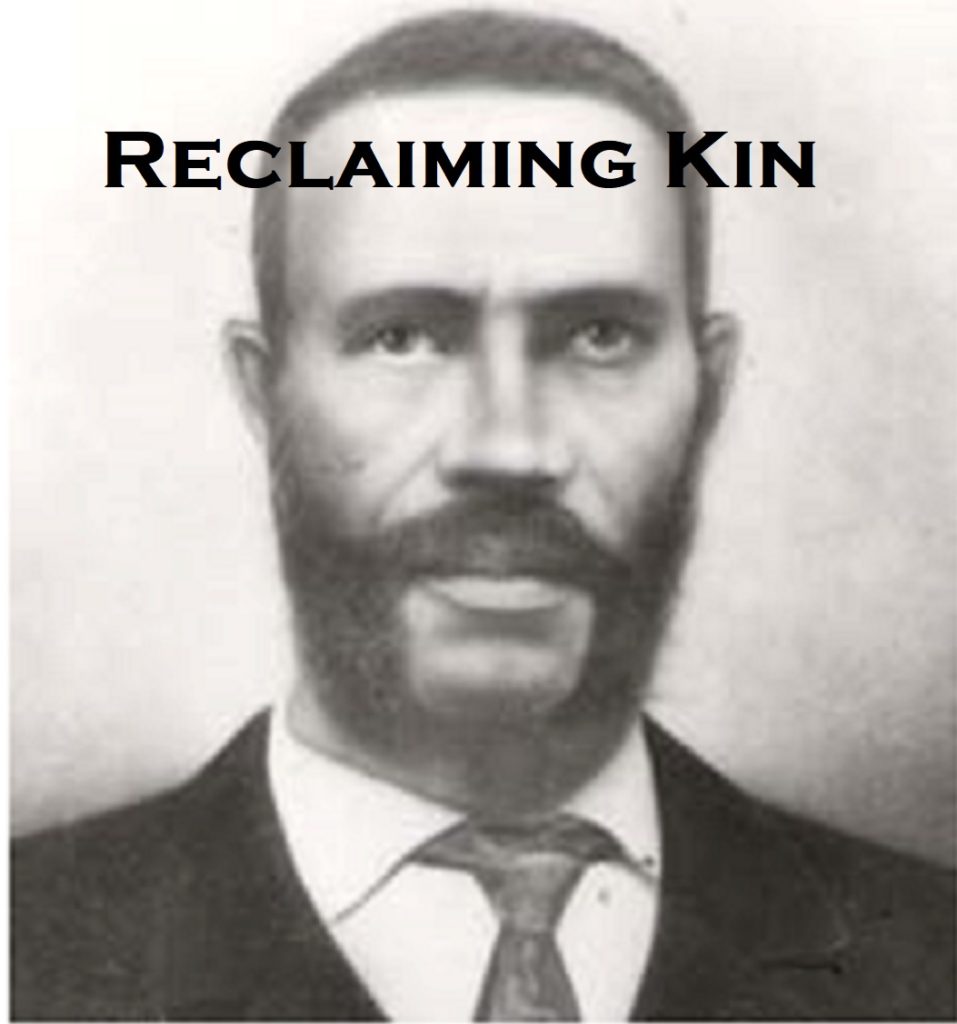 We Tree’s Weekly Genealogy Prompt #27 asks us to visit the graves of local celebrities and talk about their lives. I’ll profile a celebrity not in my local area, but in the local area I am researching.

My maternal ancestors are from a rural, Southwestern county in Tennessee called Hardin County that most folks haven’t heard of unless they’re from there or have been following my post.

Hardin County’s largest city and county seat is Savannah. Many of my family members lived in a suburb called Hooker’s Bend, which is fodder enough for another post.

Alex Haley (the author of Roots) is Savannah’s biggest celebrity and he plays a prominent role in the tourism brochures for the area.

Alex Haley grew up in Hening, Tennessee, which is actually several counties over in Lauderdale County. But Alex’s grandparents were prominent and well-known Savannah citizens from the end of the 19th through the early 20th century.

They were Alec/Alex Haley and his wife Queen. They’re also (stated with utter pride) in my family. His name is written in records both ways, but I will call him “Alec” in this post to differentiate between him and his grandson.

The Holt family is one of my Hardin County lines and they intermarried with Haleys in two places. My great-aunt, Madelina Holt, married Abner Haley. Abner was one of Alec and Queen’s sons.

Their other son, Simon, was Alex Haley’s father.  Another Holt ancestor, John Holt married Julia Haley, who was a daughter of Abner Haley.

I discovered our connection to the Haleys when I started my research. My grandfather, Luther Holt, knew all of these cousins.

Alec and his wife Queen, because they were a fascinating couple. Alec was well-known by everyone in 19th century Hardin County because he operated the ferry. His ferry took people across the Tennessee river to the city of Savannah, where the courthouse was. 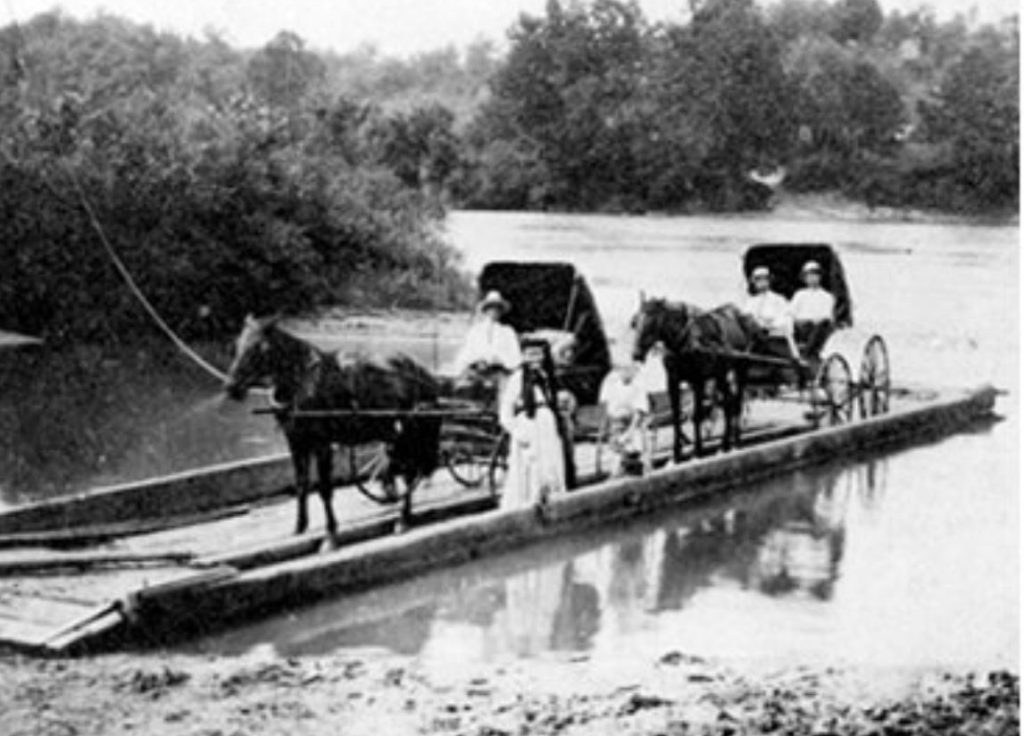 One year, Alec saved a white woman who almost drowned when she fell into the water. This story was recounted in the newspaper and Alec was firmly fixed in the community as a highly regarded man.

The Cherrys were one of the wealthiest families in Hardin County from the early-mid 1800s. They owned what came to be known as the Cherry Mansion. The Cherry Mansion sits right on the side of the Tennessee river and was where Alec Haley’s ferry picked up passengers to go “‘cross the river.”

His wife Queen, about whom Alex Haley’s later book was about,  worked in the Cherry mansion. Their house was about 100 yards from the Cherry Mansion. The Cherry Mansion was so grand that General Grant stayed there before and during the the Battle of Shiloh. It’s owner, William Cherry, was a prominent merchant and a Unionist. 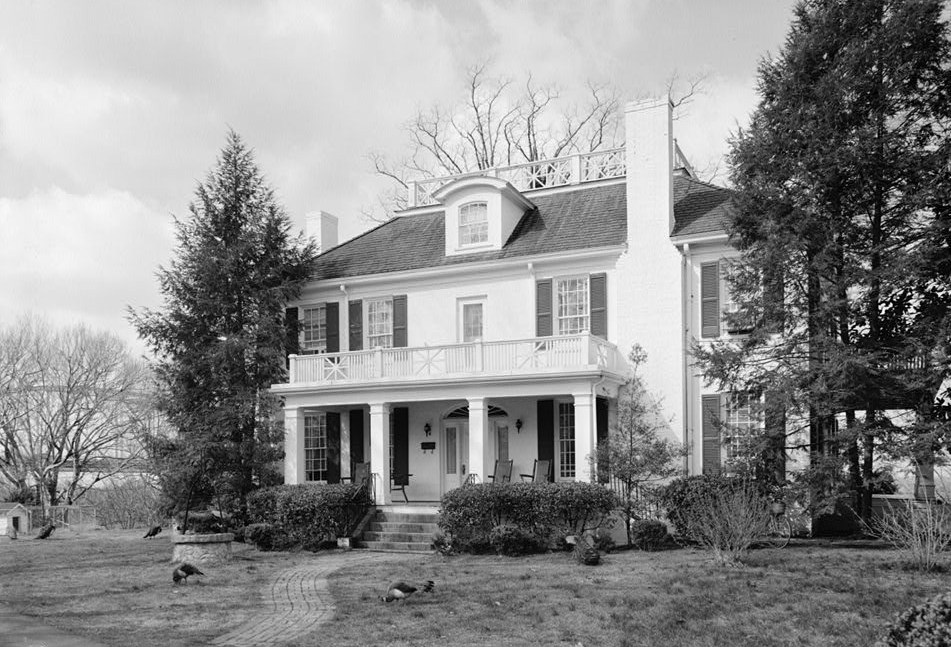 When Roots and Queen made Alex Haley famous, there was a rush of visitors to Savannah, and people sought out the elderly to ask them their memories of the couple. They created a rich record in addition to the book written by Alex.  All kinds of interesting details emerged about 19th century life.

Memories of Alec and Queen

People got baptized down at the river. Elephants swam across the river when the circus came to town. The town was unpaved and turned virtually to mud when it rained. Alec was described as a hard-working, smart, honest man who didn’t like “no ‘ficety kids.”

Alabama-born, Queen was a petite woman, who said a white man named  Captain Jackson was her father. Queen’s mental spells were the stuff of legend and everyone knew of her time spent in the mental hospital at Bolivar.

Her spells made an indelible impression on everybody. One elder claims, “Miss Queen had fits, but she told us she acted that way to get what she wanted!” Others agreed about how smart she was and how they loved to hear her witty sayings.

Queen’s spectacular way with gardening was noted. “She was crazy about flowers and her yard was beautiful. She had elephant ear plants all over the place.” Stories like these are the kind I live for in genealogy.

As a genealogist, I have enjoyed tracking this family through the census. I’ve also visited the Cherry Mansion and other places associated with the couple.

By 1930, Abner and Madelina Holt Haley migrated to Detroit, part of the Great Migration of African-Americans to the North to find better employment and escape the hardships of the South.

Last summer, I joyfully got to meet several of my Haley ancestors who live outside Detroit, in Inkster. We exchanged pictures and information about our shared Tennessee roots. 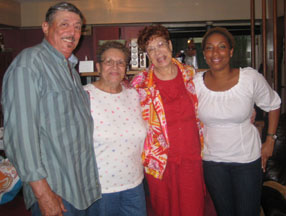 I see my cousin Chris Haley much more often since he’s also here in Maryland and is the Director of the Legacy of Slavery Center at the Maryland State Archives. Alex Haley is his uncle.

Through the Kunte Kinte-Alex Haley Foundation and his speaking engagements, he keeps the Roots message alive.

Alex Haley left ALL genealogists a gift we cherish. 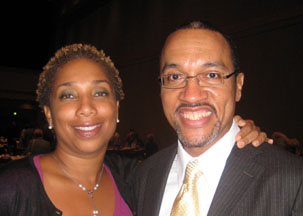 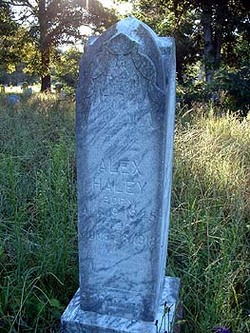