One of the hidden gems inside court records are the aptly named “Bastardy Bonds.”   These records, like much in genealogy, are another reminder that human behavior hasn’t changed much.

Anything that happens now also happened in the past. Children born out of wedlock, like today, was a common occurrence.  People also had kids with other people while they were married to someone else.

What Are Bastardy Records?

We often find children in a census with their mother whose paternity is unknown. In many states, the fathers of these children had to post bond that they would care for the child. The county did not want to be held financially responsible for those children.

Black’s Law Dictionary defines bastardy proceedings as “legal action that is taken to compel the father to support his illegitimate child.” Black’s defines bastardy as “the offense of begetting.”

I call these records yesteryear’s version of child support. For a long time, this caused shame to be heaped upon both mother and child (though oddly, not the man. Hmmm.) I still cringe when I see the words “bastard” and “illegitimate” in birth records.

As seen in the image above this post, newspapers are a great place to look for cases of people charged with bastardy. Otherwise, you’ll want to check through the county court records. Some are indexed.

The record below is a “bastardy recognizance” for Dennis Waters of Somerset County, Maryland in 1893: 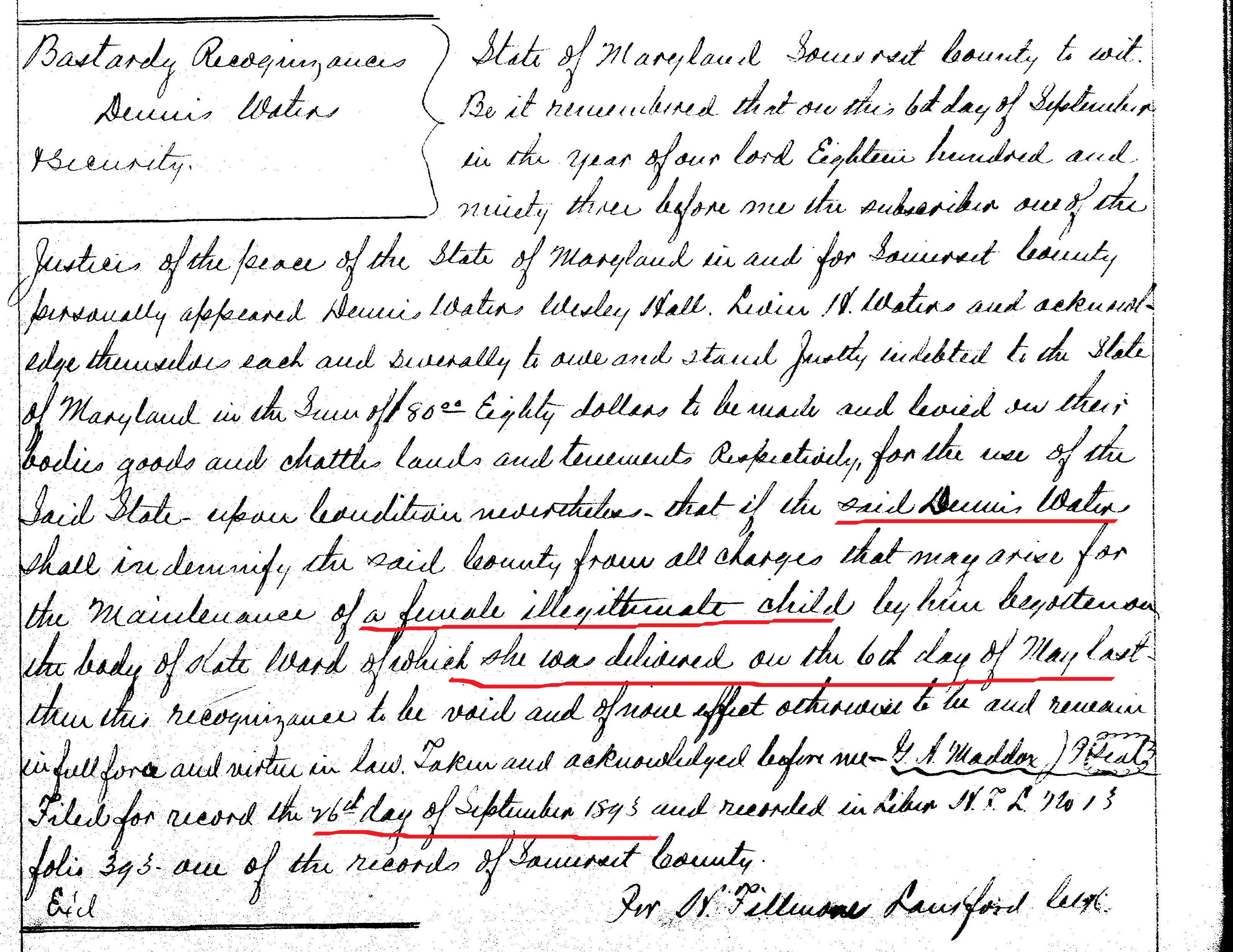 The record notes the birth of a “female illegitimate child,” born “the 6th of May last” to Kate Ward. If that child was your ancestor, you’d have an exact birthdate pre-dating the statewide birth records.

The record also associates Wesley Hall and Levin H. Waters with Dennis Waters, since they secured the bond of $80. That gives us two people to add to Dennis’ “cluster”–they are likely close friends or family members. These records for Maryland were recorded (oddly) in the deed records. They are more typically found in court records. Also, this record is indexed under the name of Dennis Waters.

North Carolina has one of the best collections of bastardy records. In September 1892, Isabella Battle charged that William Baker did “seduce and begat her with child under the promise that he would marry her:” 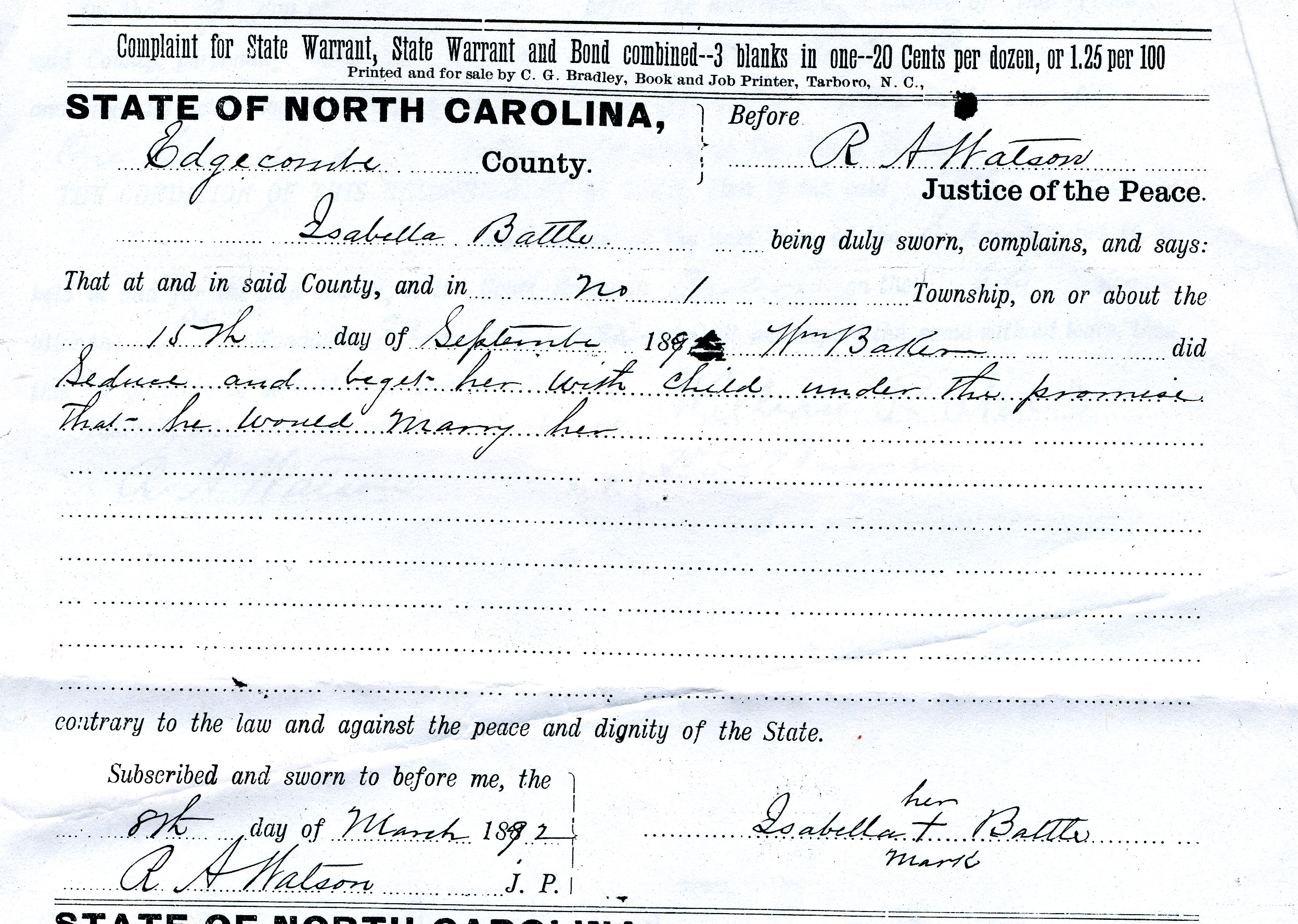 The 1894 Bastardy record below names all four of Sank Summerlin’s children and provides their ages: 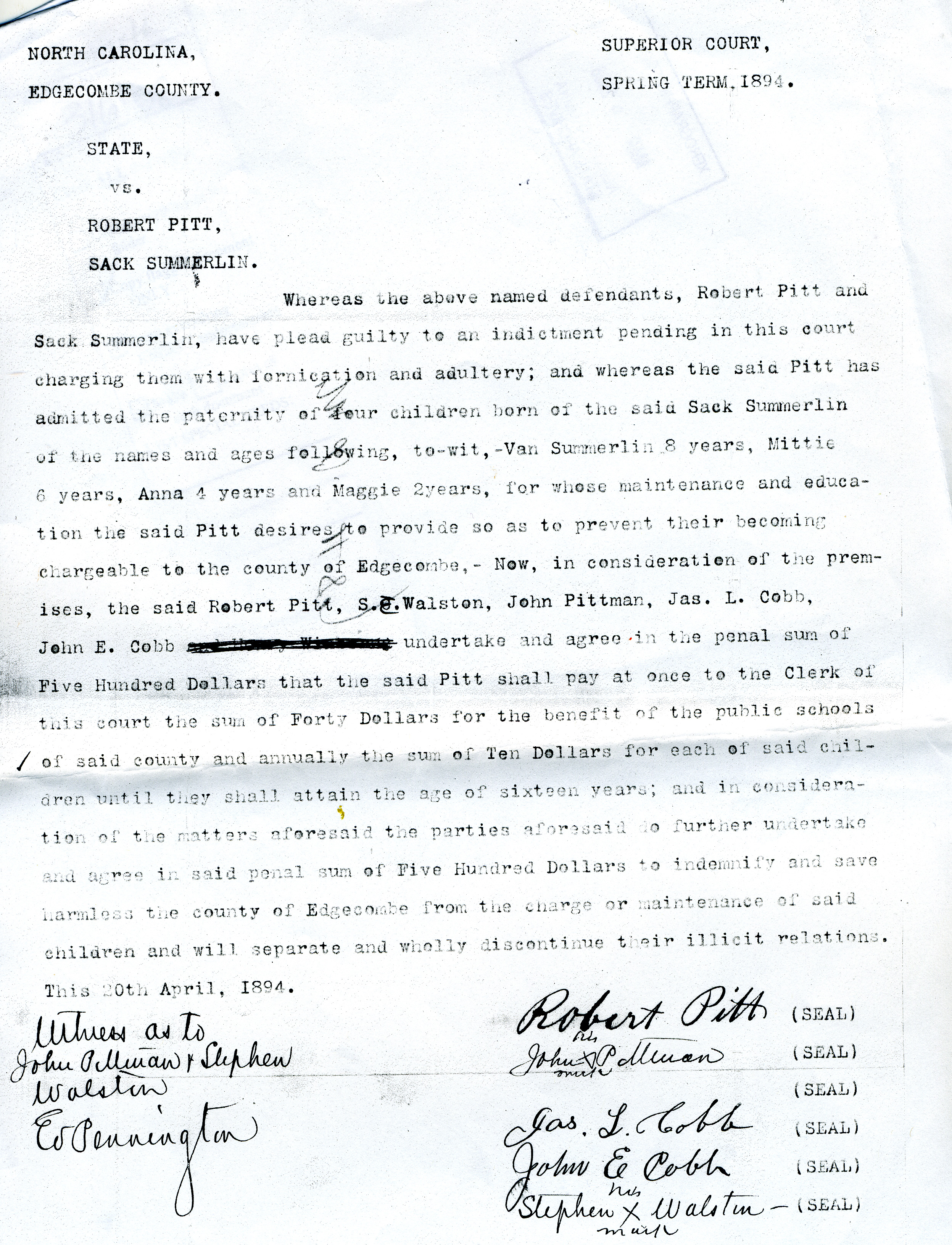 And lastly, the 1899 Bastardy record below shows that some men denied the charges.

In this case, Walter Wallace lost and had to pay court fees, post bond and pay fines in addition to other charges. I wonder how they established paternity back then? It’s not like they had DNA tests: 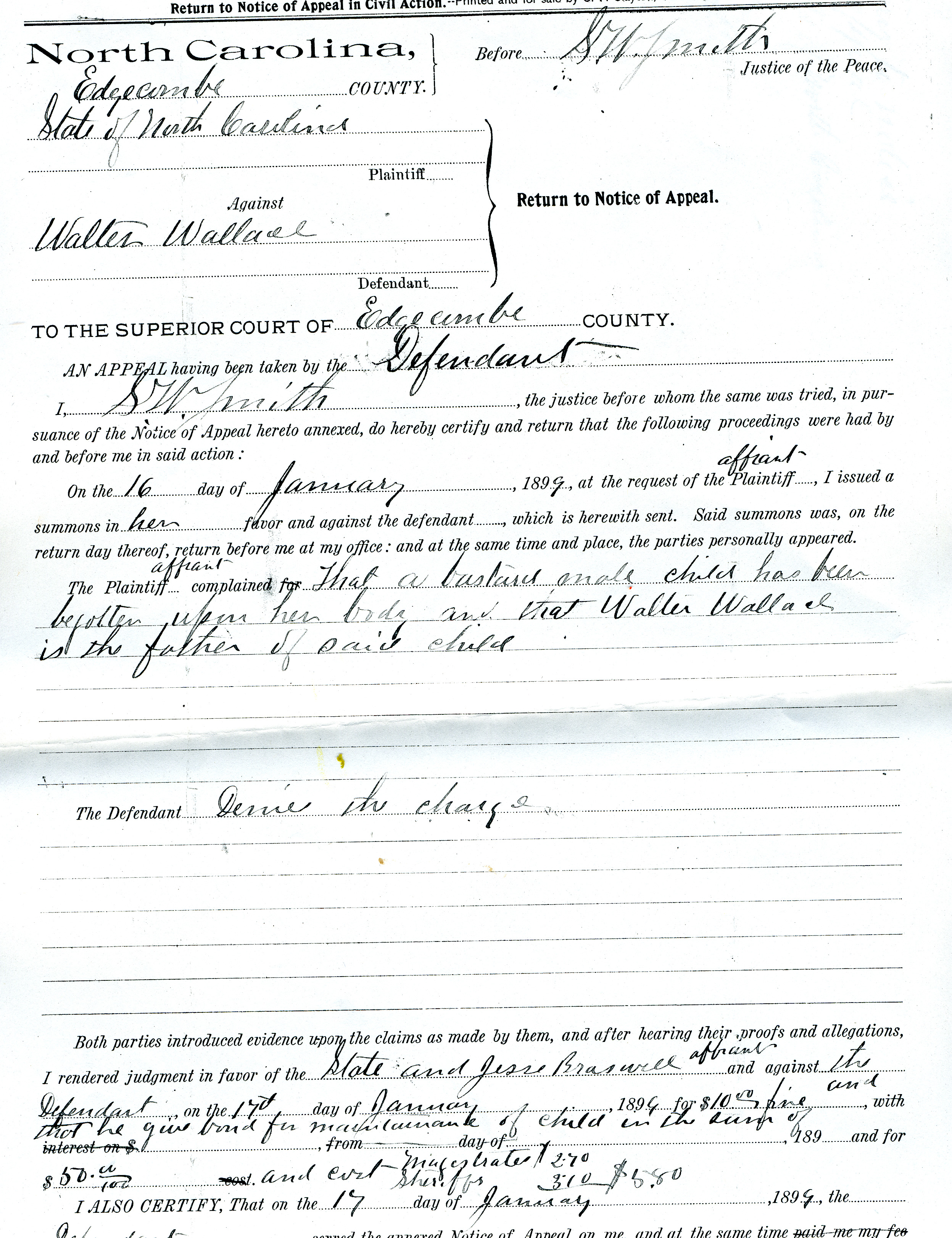 I’ve seen these records in Maryland, Tennessee and North Carolina, but I’m sure they appear in the records of other states.

In the comments, my readers, tell me in what other states you have seen these records?  Also, I’ve always wondered is who brought the action? Was it the mother? Was it a local official? A nosy neighbor?

It reminds me of that old phrase, “Mother’s baby, daddy’s…. maybe.”