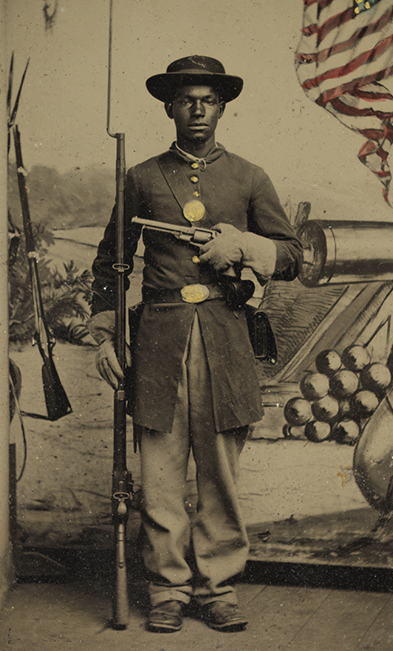 In Part 1 of this post, we looked at examples of the riches contained in civil war pension records.

Let’s see more examples of how the lives of enslaved people are illuminated before, during and after the war.

The name of the slaveowner is sometimes mentioned in pension files. This name can be very hard to uncover.

We also see the importance of the slave neighborhood, since slaves often married other enslaved persons living nearby.

These neighboring slaves often testified on their behalf in pension claims.

Slave marriages were not legally recognized but were often encouraged by masters.

Names of colored preachers and church affiliations can also provide us with new research avenues.

Testimony of previous marriages and children hint at the instability caused by slavery.

**Rachel Orr testified in 1899 that she and Edward Orr were “…married long years before the war by Ephraim Brighton, a colored preacher, in my master William Orr’s house in Danville, Alabama.”

**George Simpson’s widow Annie testified that she “was a slave of the Rev. Anspach who lived at West River, Anne Arundel County, MD. [Her husband] George was a slave of John Gale on an adjoining plantation and [they were] married by the Rev. in her cabin on his plantation, him reading the service from a book.”

**Martha Harbour was married to Isac Harbour “…in the month of March 1848 by Matthew Broyles, a colored Methodist preacher, at the plantation of his late master Elisha Harbour in slave form by his consent.”

** Caroline Allen, of Memphis, testified that Betty and Jacob Bradley were married “…in my room in this city. Brother Martin, our pastor in charge of Collins Chapel performed the ceremony.” Betty herself added that she “had a husband in slave time in South Carolina.”

**(Caroline cont’d) “I belonged to Mr. Lewis M. Ayre near Sumpterville, SC and Elias Phoenix, a neighbor’s servant was my husband according to slave custom. We had been married only about a year when I was sold to a nigger trader and brought to West Tennessee and bought by Mr. Thomas Kilpatrick (now dead) of Tipton County, TN.  I was then given by him to his daughter Mrs. Cornelia Nelson and went to live with her in Bartlett Station.”

We can get dates of death from the pension files, sometimes before deaths were recorded by the state.

Often there are receipts or letters indicating the death of the pension applicant, and perhaps their spouse.

Applicants submitted these papers in the hopes of getting reimbursed for the costs of burial.

Deaths that occurred after the war sometimes show the dangerous nature of the jobs freedmen had available to them.

**Eleanor Waters, of Baltimore, testified that her husband William Harrison Waters died “…on or about the 4th day of April 1882 while working on a steam mill at the corner of Pratt & Fremont, the boiler of which exploded killing him instantly.”

**In Caroline Allen’s deposition of Jacob Bradley’s death she says, “I know he died because I sat up with the corpse and went with it to the graveyard and saw his body put in the ground. I think he had consumption, because he had an awful bad cough.” Caroline gave the date more specifically as “occurring “during the yellow fever epidemic about 1878.”

**W.C. Woods, the white clerk of the county court, testified that soldier Isaac Bailey “…lived near [me] on a small tract of land he purchased [from me]. [I] furnished Isaac means during his last illness. The servants on my place all quit work to attend the burial of Isaac.”

Pension files contain not just the dates and names we crave, but also tell us significant details about the slave community.

Many pension files include copies of death certificates, marriage licenses and even pages from bibles. (Update: In 2019, I found my first pension file with a picture in it!)

The death certificate below for Harry Brown of Kentucky, under the section for age says, ” an old slave no one knows exact age:” Civil war pension records remain one of the crown jewels of genealogy records.

If you enjoyed this, take a look at Part 3.