Extracting Every Clue From the Census 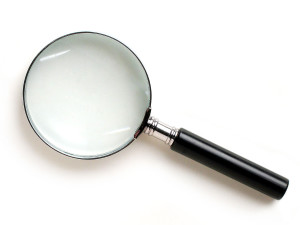 Census records can rightfully be called the foundation upon which much of our research builds upon.  That begs a question.

Have you learned to sift through each census record to extract every little clue about your ancestors and their communities?

Many people haven’t. I’m still learning new ways to do this. We know that census records have high levels of inaccuracy. But it’s still important to know how to interpret more from them than just names and ages.

I’ve written before about the importance of using the online accessible instructions given to the census enumerators every in every year.

Here are just a few examples of some of the things you may be missing: 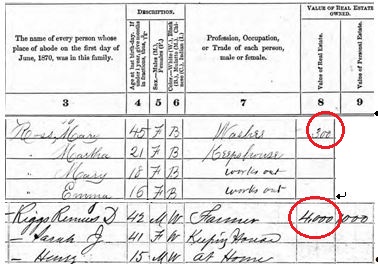 In the 1870 census above, would you have noticed (circled in red):

–that the dollar value in the real property column 8 for Mary Ross implies land ownership? You’d want to find those deed records. 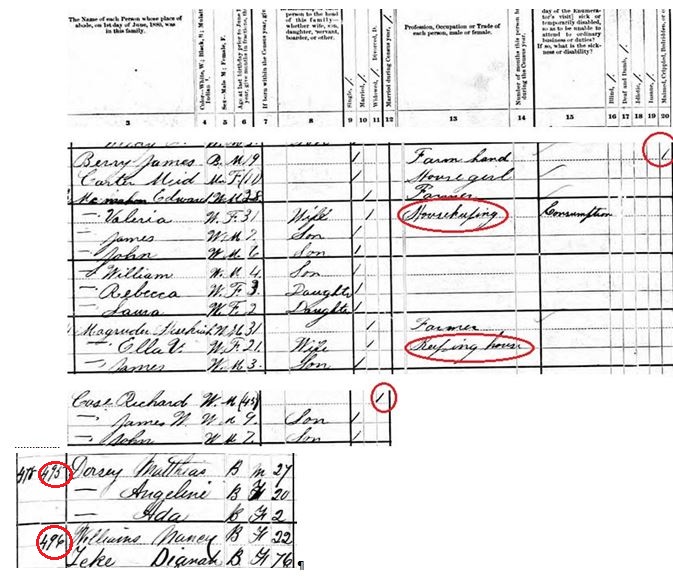 –the tickmark in column 20 saying that James Berry was maimed, crippled or bedridden?

–wife Valeria who was “housekeeping” was working for wages outside the house? Wife Ella, who was “keeping house,” is more what we would think of as a housewife?

–the tickmark in column 12 indicating that Richard Case and his wife married within the last year?

–the Matthias Dorsey and Nancy Williams families lived under the same roof (dwelling no. 478 contains families 495 and 496)?  It doesn’t mean they are related, but that possibility needs exploration. 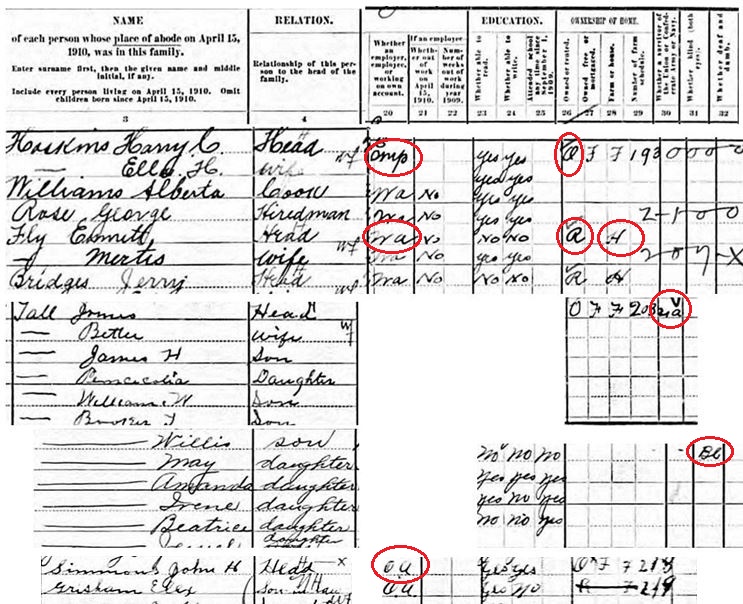 Would you have noticed that:

–Harry Haskins “Emp” in column 20 means he was an employer paying people to work for him?  Emmett Fly was working for wages? (this enumerator did not follow instructions; he was supposed to write a “w” for wages, not a “wa”)

–the “O” in column 26 means Harry Haskins and James Tall own their property. Emmett Fly and Jerry Bridges are renting, with an “R” in that same column?

–the “H” in column 28 means Emmett Fly is living in a House, not a Farmhouse?

–the “UA” in column 30 means that James Tall served in the Union Army?

–the “Bl” in column 31 for Willis means that he is blind?

–the “OA” in column 20 for John Simmons means that he is working on his “own account”?

Some of these might seem like small things. But every little piece of information is meaningful in genealogy. These kinds of details are what go into making a fascinating and more accurate story of our ancestor’s lives.

There is a lot more information in census records than we utilize. Learn to examine those census columns on the right hand side of the page that we tend to overlook.

Here are a few resources where you can learn more:

–NARA has a great link on clues in census records
–I like Ancestry’s Wiki Template for Census Information
–Mark Lowe has a terrific video available on using tickmarks in early census records
–I’ve always been a *huge* fan of Michael Neill’s articles; these are links to
several of his posts on census records and strategies

My readers, tell me, what clues have you found in the census that surprised you?