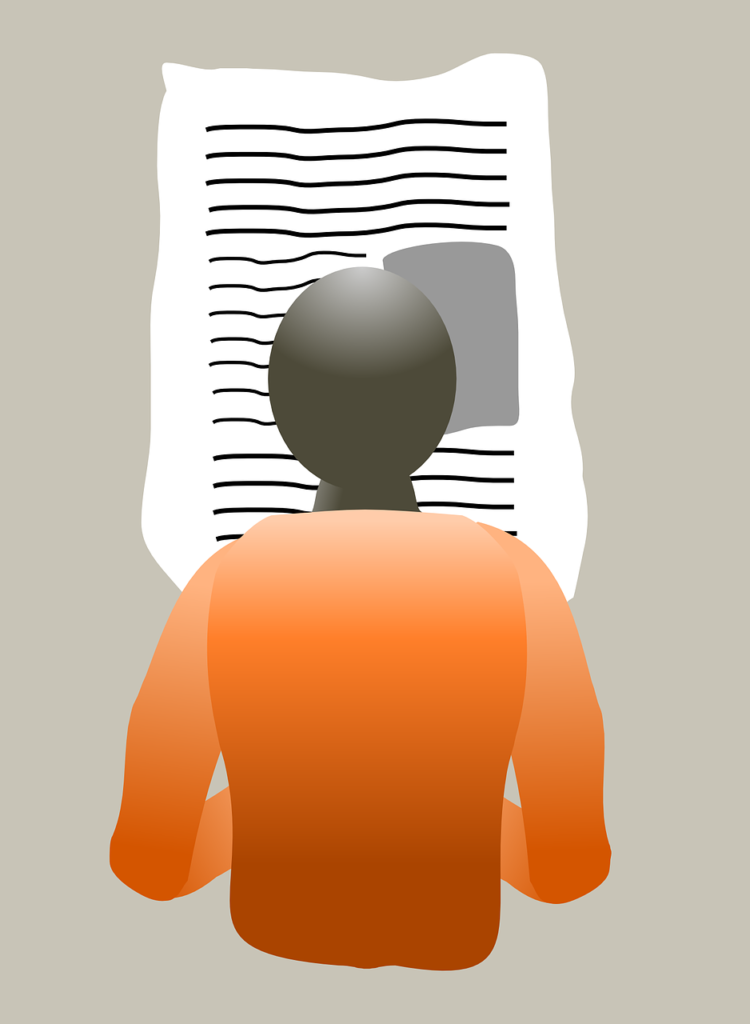 Image by OpenClipart-Vectors from Pixabay

Newspapers provide details about communities that cannot be found anywhere else. Once a time consuming source to search, great strides have been made by providers,  including the Library of Congress, in their digitization.

The Chicago Defender was founded in 1905 by Robert Abbott and catered to an African-American population. It eventually became the largest and most popular black-owned newspaper in the nation.

The paper was famous for detailing lynchings and racial oppression. (Update, 2018:  Check out the new book on The Defender). It was a potent tool in the battle for social, political and economic justice.

The Defender became a driving force in convincing Southern blacks to migrate to the North. That migration, of roughly 6 million people between 1916 and 1970, would transform their lives in more ways than one.

What I didn’t realize until I read Tim Pinnick’s book was that large urban newspapers like The Defender covered the small, rural towns many of our ancestors migrated from.

It made sense: people wanted news from their towns. But it would not have occurred to me to search in a Northern newspaper for my family, especially if they didn’t live in that locale.

Tim’s book explains that the papers hired correspondents from small towns who submitted news to the papers. For example, a page titled “Tennessee News” may include  20 or 30 paragraphs, one for each Tennessee community.

I searched the Chicago Defender using Proquest Historical Newspapers. That collection is available from my local library (and searchable from home!). I was surprised to find a relative named Annabelle Holt Crowder was a correspondent in Chicago for her small hometown of Decaturville, Tennessee.

Annabelle wrote a lot about her family. Her husband David was the principal of the black high school in Tennessee, a revered man for whom the school was later named for.

The tidbits of local history gleaned from these columns is priceless. The writers discussed marriages, births and deaths, illnesses and migrations. Other popular subjects were schools, politics, benevolent and lodge organizations, farmers and churches and ministers.

The articles describe numerous visits from out of town relatives. It appeared to me like they spent all their free time socializing! However, I remembered there were no televisions in the 1920s and 1930s, and radios and cars were fairly new.

The articles include lots of family history: 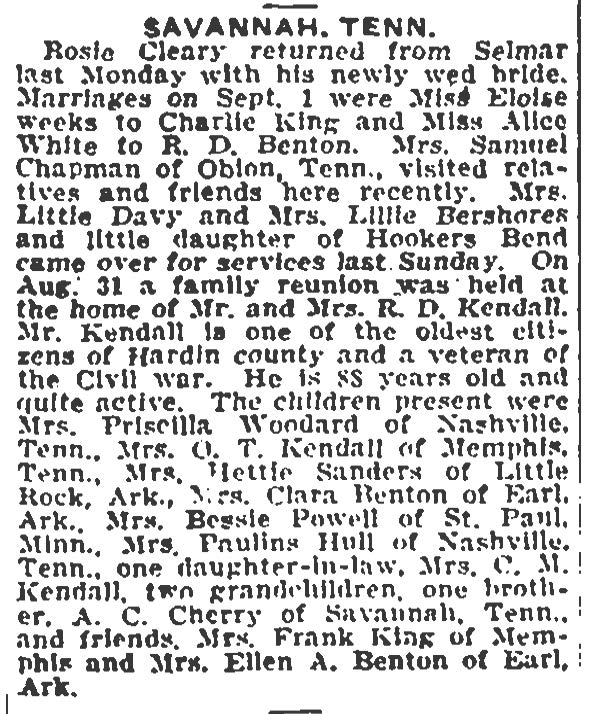 Richard Kendall was indeed a Civil War veteran, and this article gives the names and locations of his relatives from all over the place. Imagine if you were one of his descendants!

This next article names several of my Holt relatives (Lawson was my ggrandfather). I was most fascinated to discover they enjoyed fox hunting: 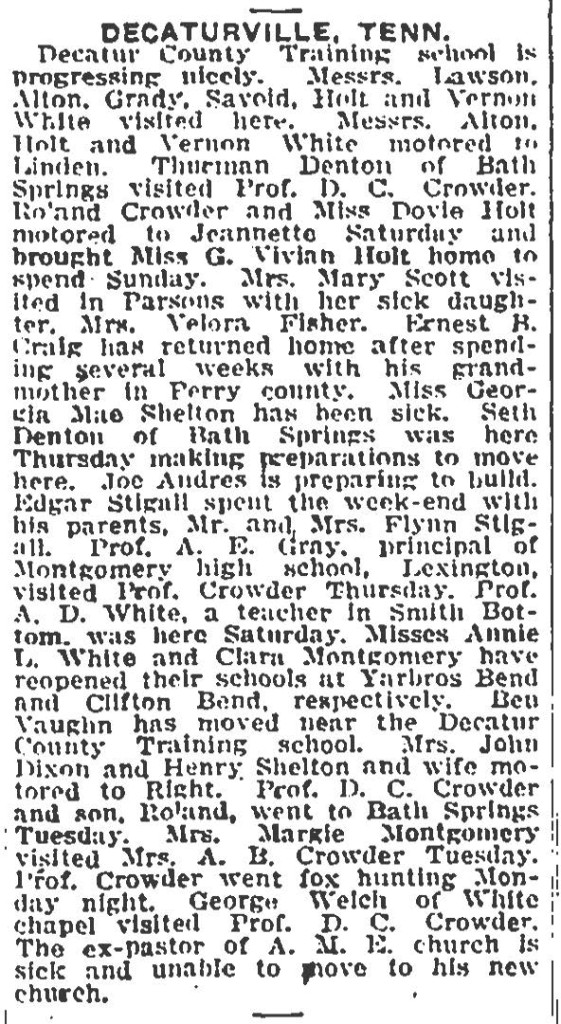 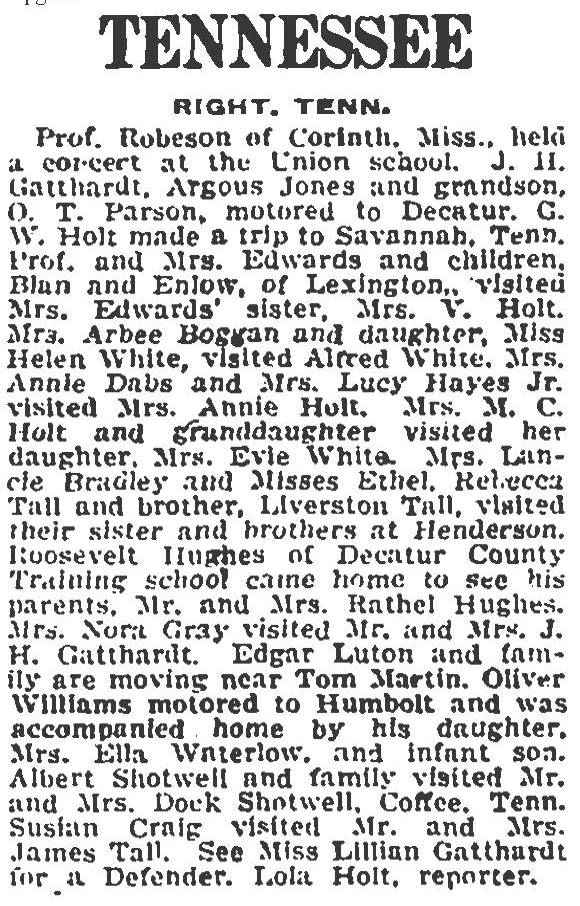 Other popular black newspapers were the Indianapolis Freeman and the Pittsburgh Courier. They are also well worth researching.

Tim Pinnick also has a lecture on researching black newspapers on YouTube. It’ll teach you almost everything you need to know to get started!