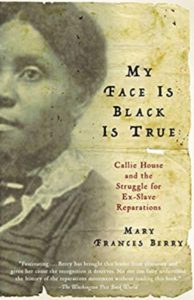 Recently, Ancestry somewhat quietly rolled out the Ex-Slave Pension database which contains Correspondence and Case Files from the National Archives.

I  always wanted to take a look at these records but hadn’t gotten around to it yet.

I first heard about these records when Mary Frances Berry wrote “My Face is Black Is True: Callie House and the Struggle for Ex-Slave Reparations.”

What was the Ex-Slave Pension Movement?

In short, it is about the movement to secure pensions from the U.S. government to former slaves. The idea for the movement was inspired by the pensions that were provided to Civil War soldiers.

Some thought that the government should play a role in also helping ex-slaves, many of whom were infirm and destitute. Several groups were formed that functioned somewhat like other beneficent groups of the era.

However, the primary purpose of these groups was to lobby and influence the government to provide pensions. The National Archives published an excellent article on these records in their Prologue magazine.

I cannot believe this wasn’t covered in schools, but I have since abandoned that silly notion that they will teach us all the history we should know. We simply have to educate ourselves and others.

Ancestry provides a brief historical background, but I encourage those interested to read Ms. Berry’s book on the subject. This is a fascinating piece of history. In this post, I want to share some of the interesting documents I found in these records.

Examples from the Records

For a small number of very lucky people, you might uncover the name of the elusive slaveowner. This page is from a register of one of the groups–these people are mostly from Boone Co., Missouri: 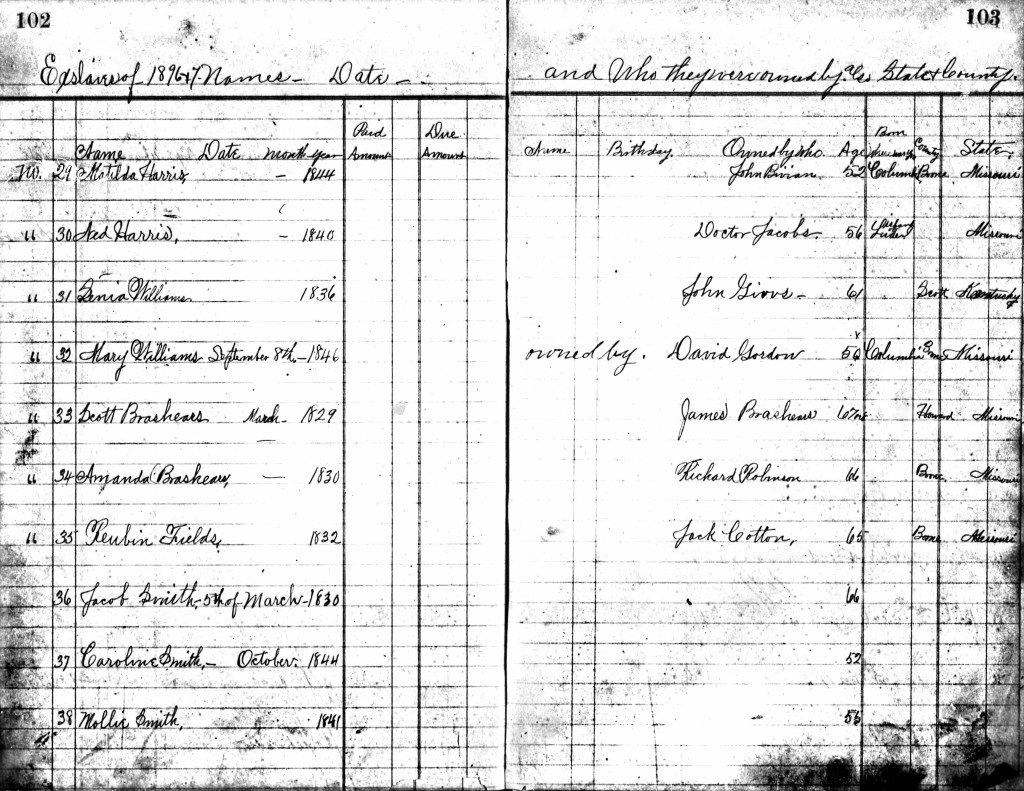 The government received thousands of letters about the pensions. This is a letter from William Brent of Henderson, KY and names his slaveowner: 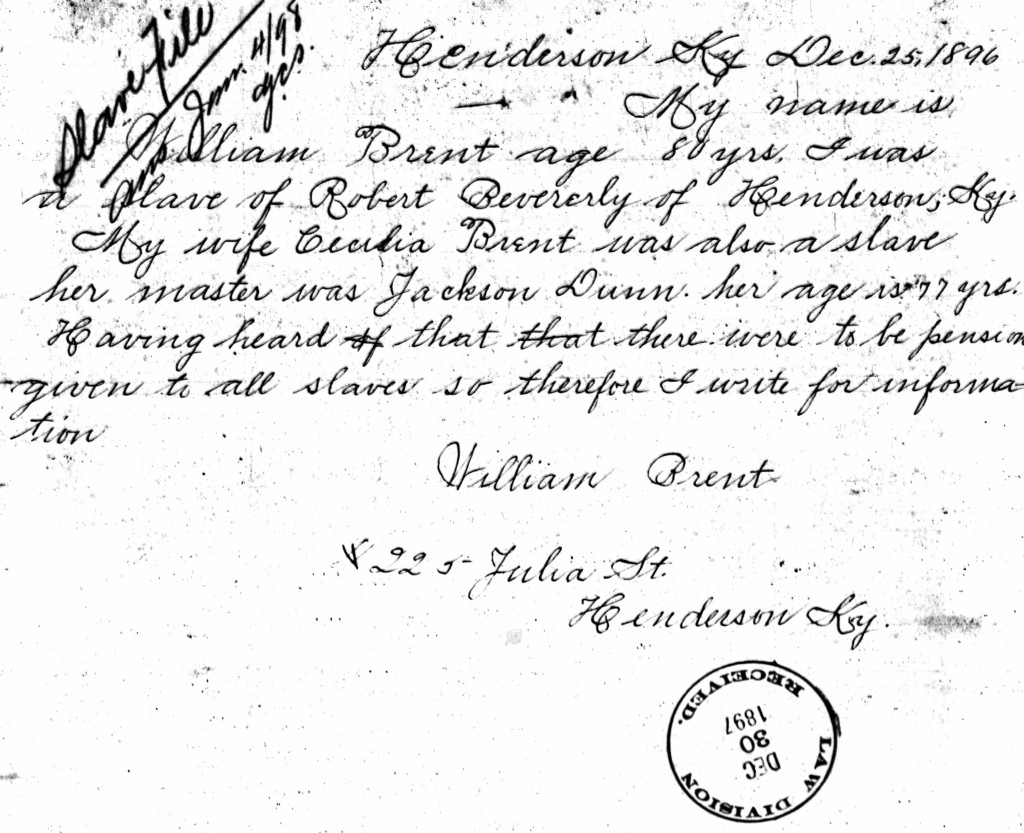 The government eventually used an enormous amount of time and energy to go after, arrest and crack down on these ex-slave pension groups. Not surprisingly, the government believed to be fraudulent and criminal. Here are three examples: 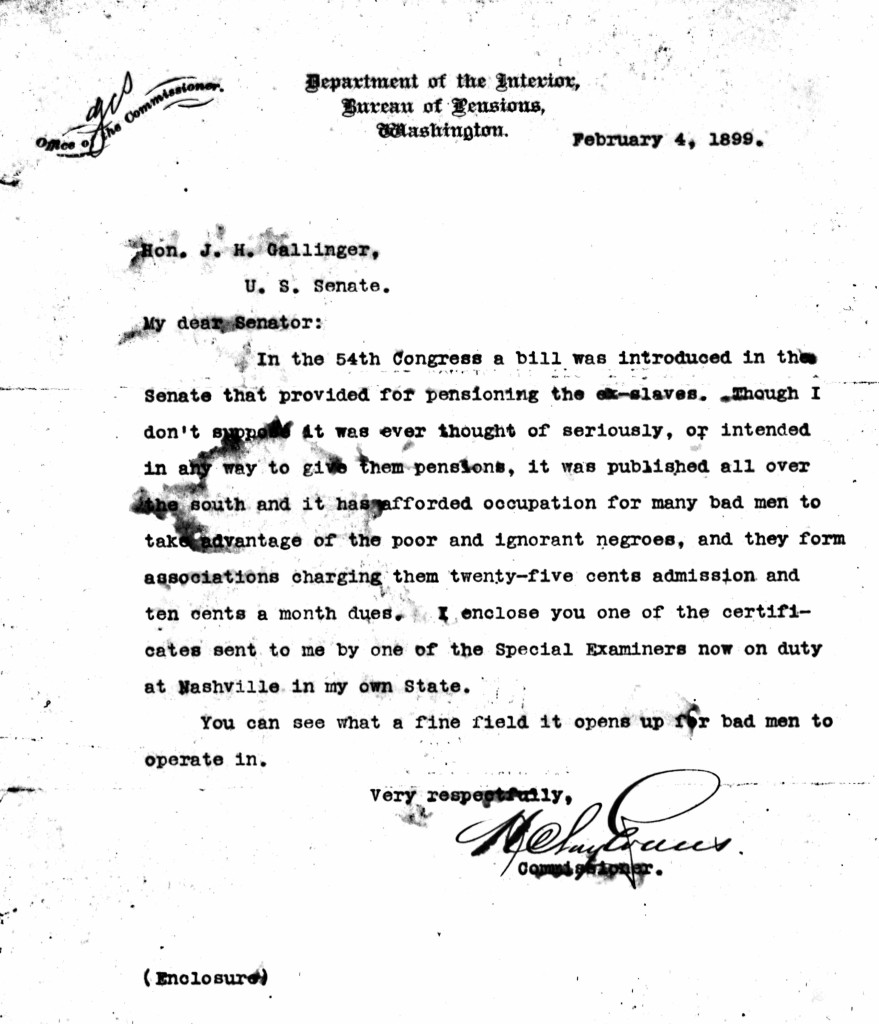 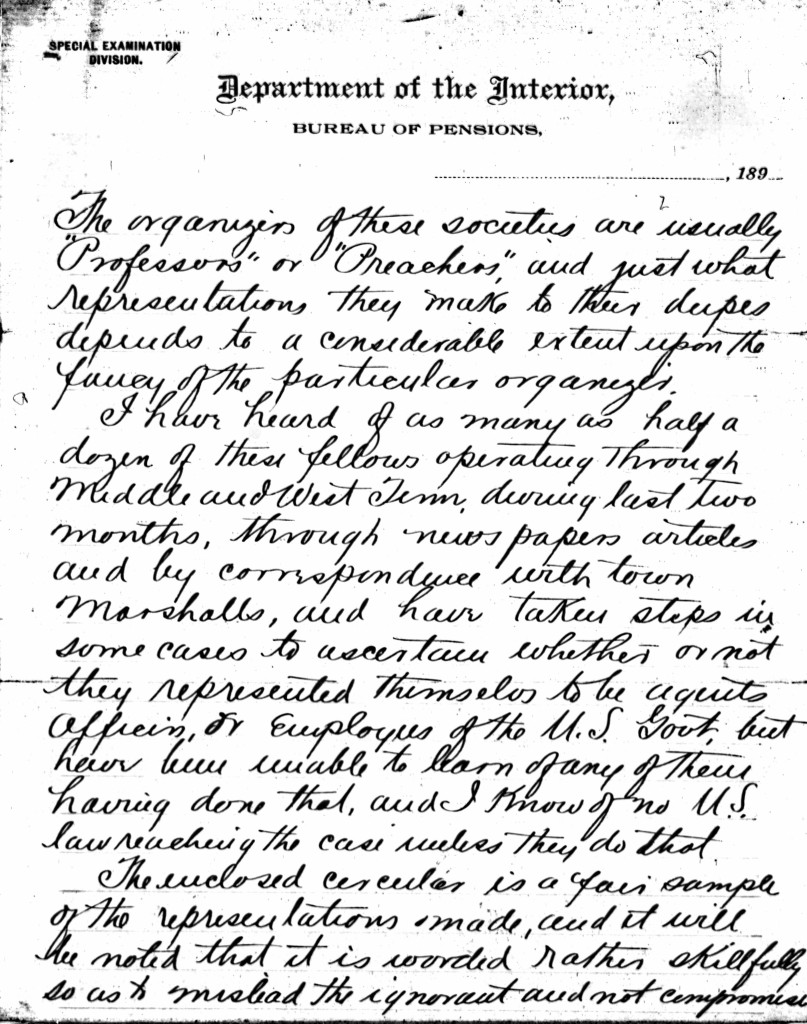 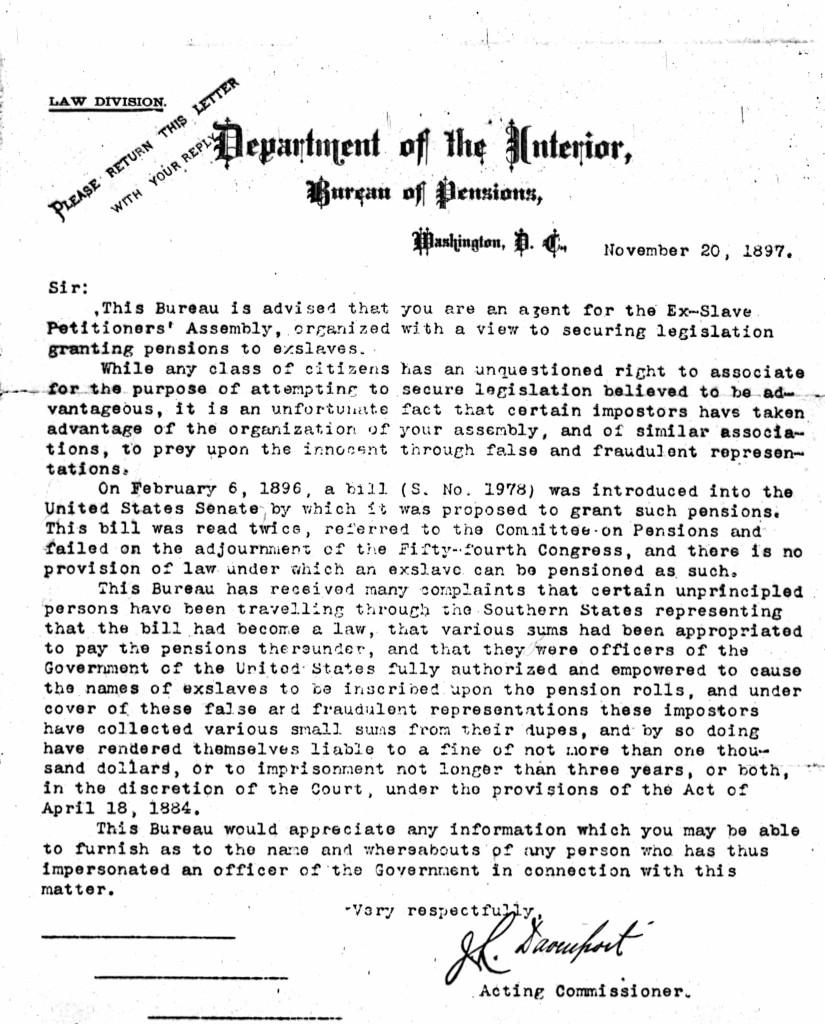 To a suspected agent

Isaiah Dickerson was one of the prominent officers who was targeted and eventually tried. If you were one of this descendants, wouldn’t this deposition be wonderful? 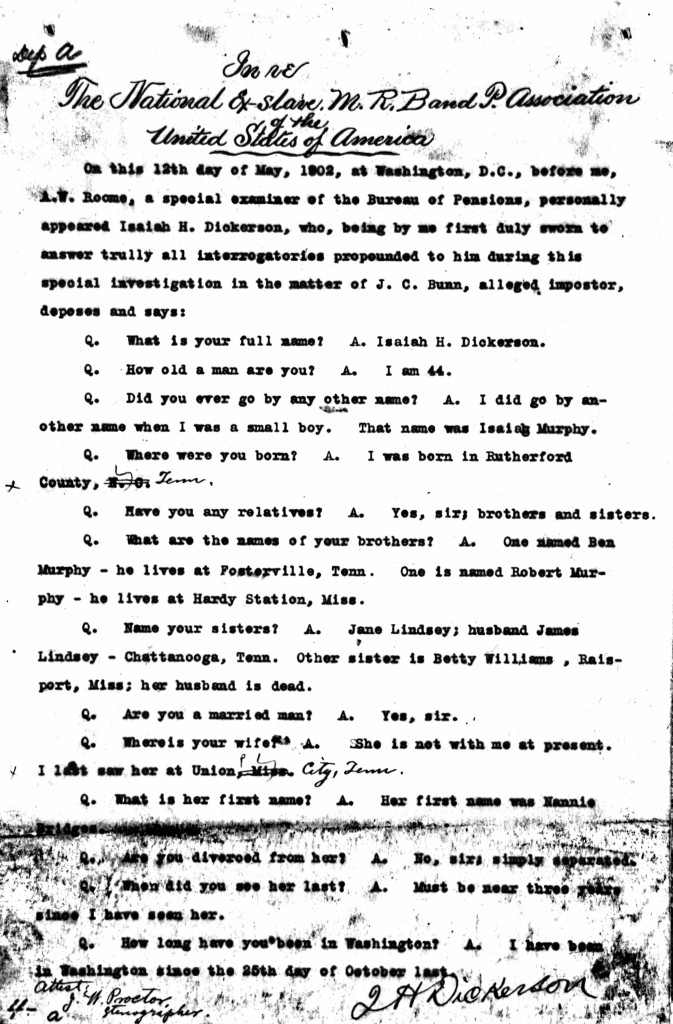 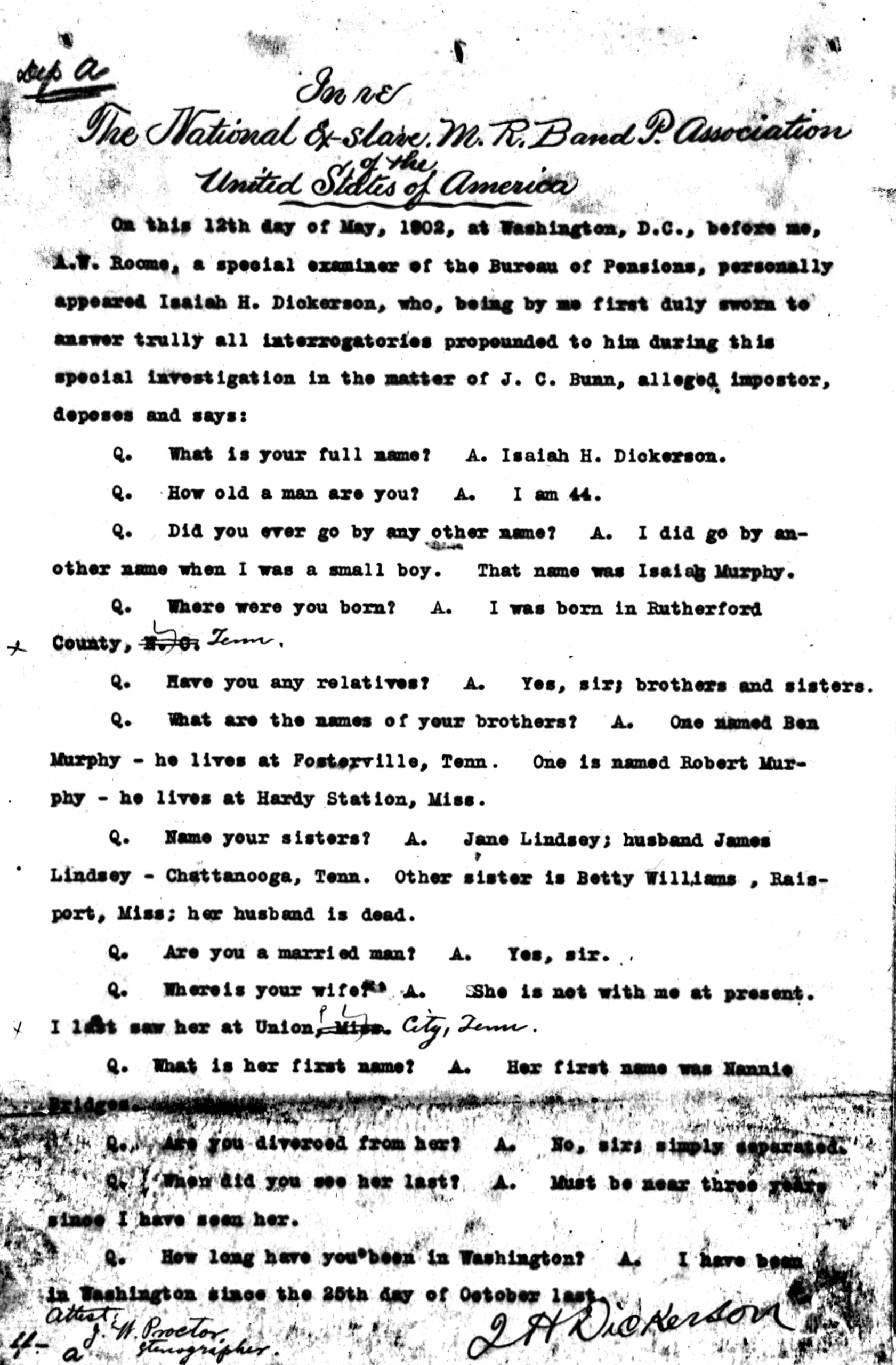 The document below was submitted from one of the ex-pension groups listing birthdates of former slaves: 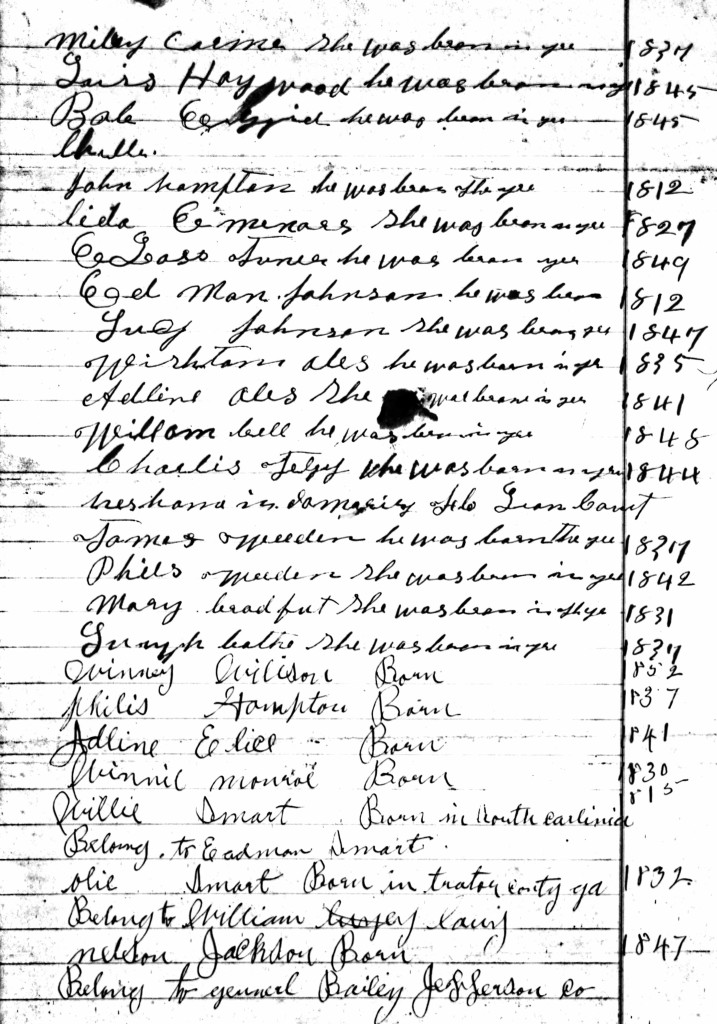 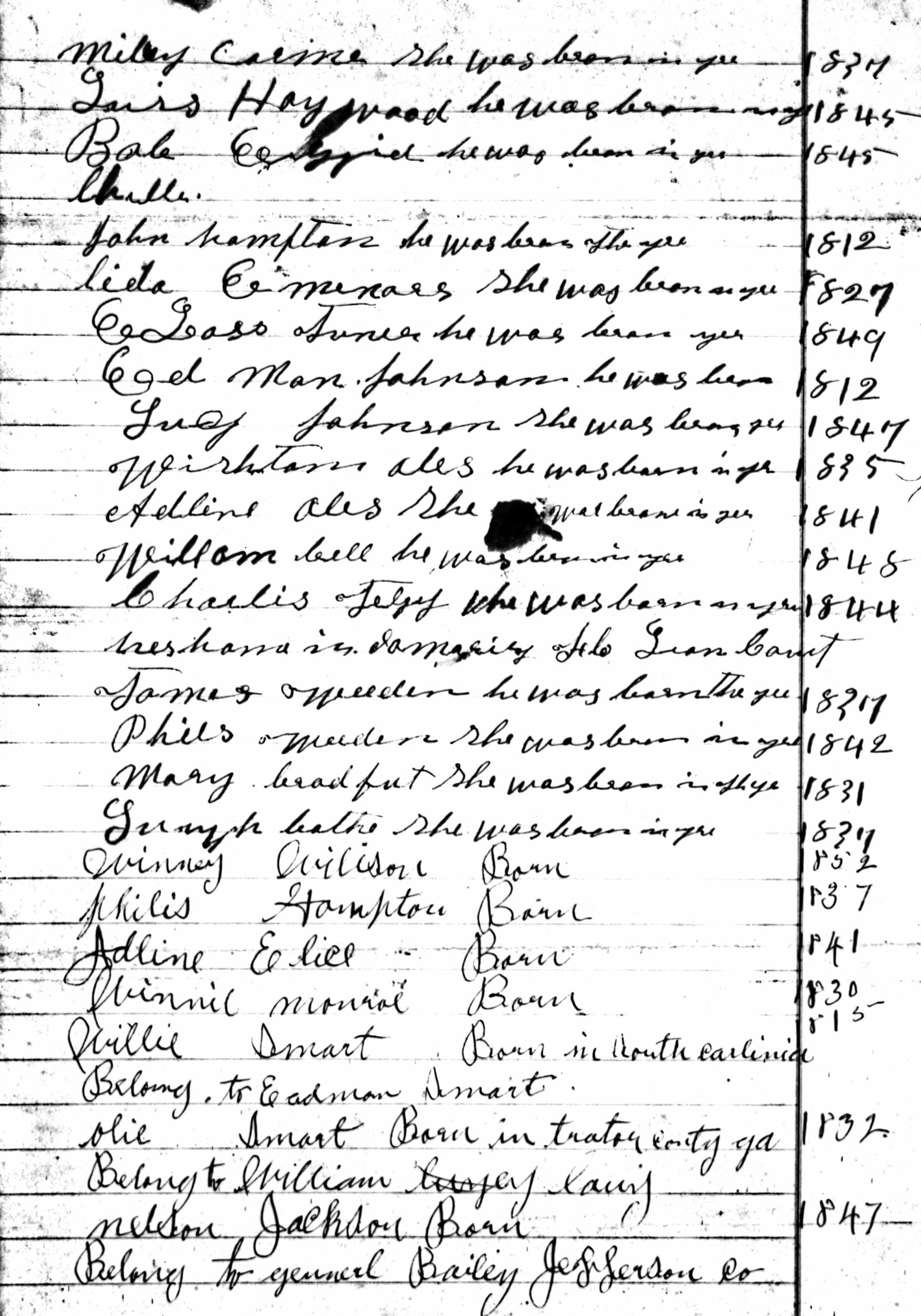 Take a look at these incredible records when you have some time.