I’m continuing my tour through the voluminous information that can be discovered about our ancestors in Freedman’s Bank Records. Last week was the first post in this series. I encourage everyone to take another look by *browsing* through these records. I’ll show examples in this series of all the things we can find.

By browsing, we can find African-American social groups and institutions like churches  that existed during Reconstruction. This information may not be available anywhere else. Here are a few examples:

The Beaufort, South Carolina branch had several cards for the Sons and Daughters of St. Phillips Calvary Society. Society leaders are named: Mary Roach served as President of the Daughters of Zion No. 2 as shown in the card below. Other officers are also named: 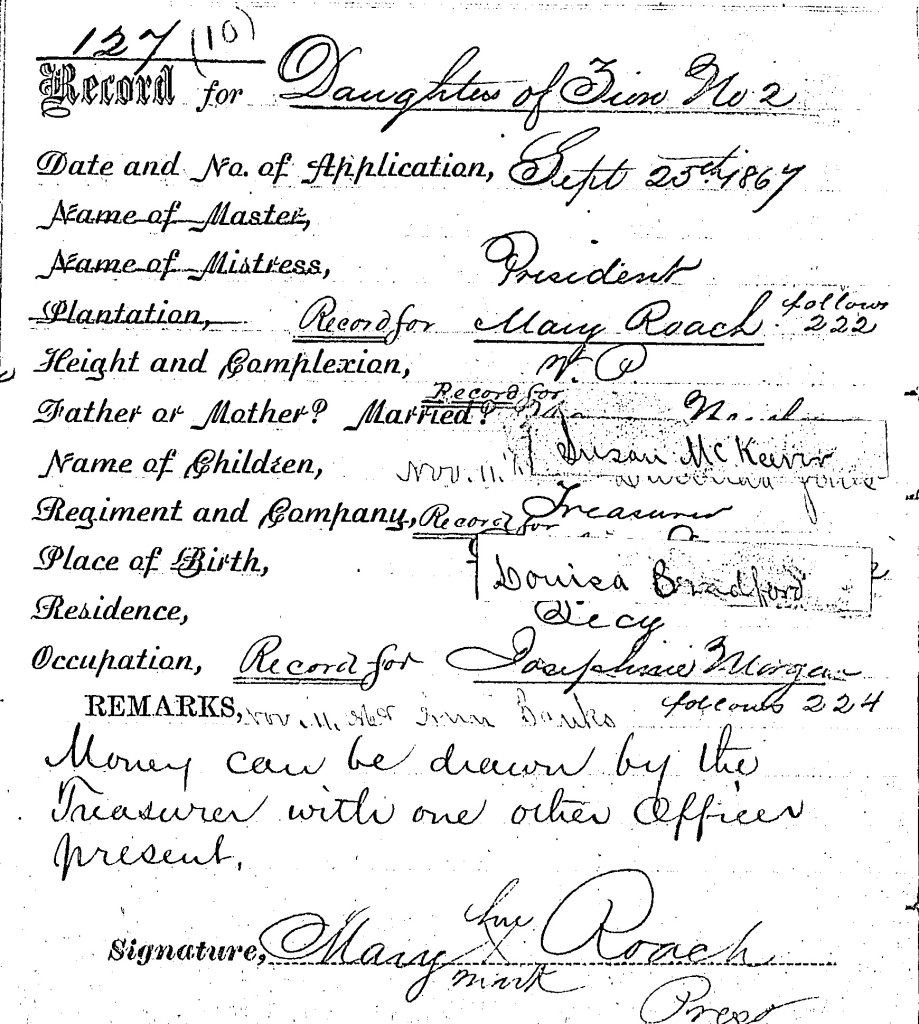 There were many accounts associated with black churches. Howell Echols is the preacher at Freedmens Colored Methodist Church in Huntsville, Alabama: His card also shows he was literate as he signed his own name. You’ll want to look for this, because the vast majority of the account holders could not write. Look at the important information about his family that is provided within the card.

This is a wonderful source to search the FAN club: the friends, associates and neighbors of your ancestors. Groups of people, couples and family members opened bank accounts.

Ann Nichols, the wife of pastor Howell Nichols in the card above, also held a separate accounts at the branch. Notice that Howell’s parents are named Green and Sallie Buford, but he does not have that surname: In 1870, we find the Echols’ household. Howell’s occupation is “Presiding Elder:”

Brothers Samuel and Henry Cartwright both had accounts in Huntsville. Samuel named the regiment he served with in the Civil War: 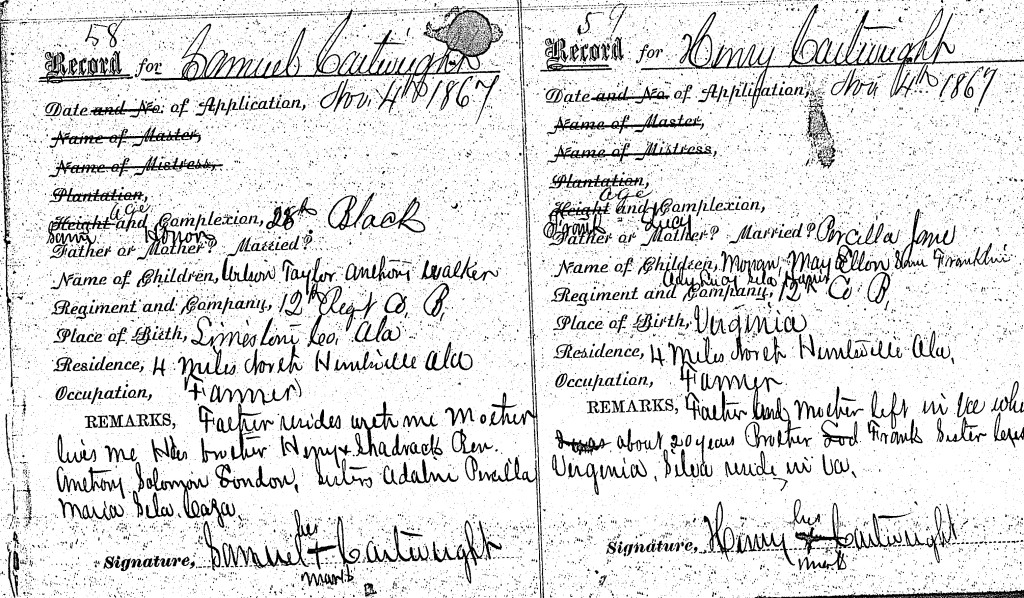 In 1870, they live next to each other in 1870. We can see Henry’s Virginia birthplace reflected in the census: 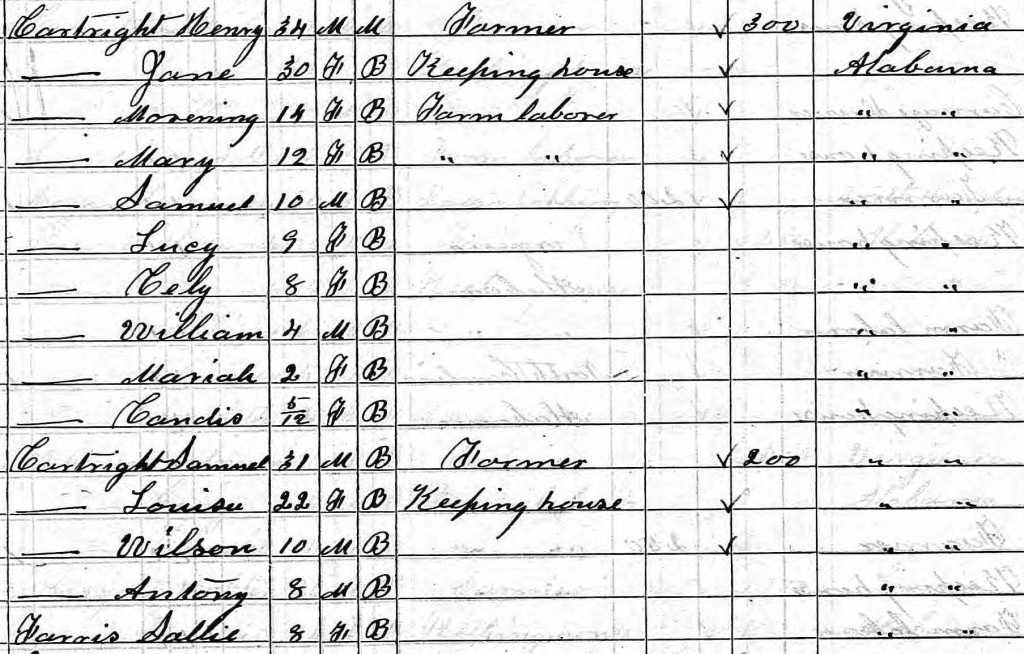 (Notice the census left out the “w” in Cartwright.)

Lafayette Robinson and wife Fannie had a joint account. The card reveals that his sister Frances is the wife of Sandy Bynum. His niece Sisia and nephew John (children of Sandy and Frances) also had an account: The two families lived right next door to one another in 1870:

The bank cards reveal that Frances is Lafayette’s sister. The cards also show something else. Children were encouraged to open accounts. John’s card calls him a “schoolboy” and the census shows he and his sister were only 5 years old.

The census and cards together show us that the sister’s proper name is Mary, and that “Sisia” must have been a nickname.

Freedmens Bank cards reveal so much about the communities of our ancestors. Take your time and browse the cards to discover all they have to offer.