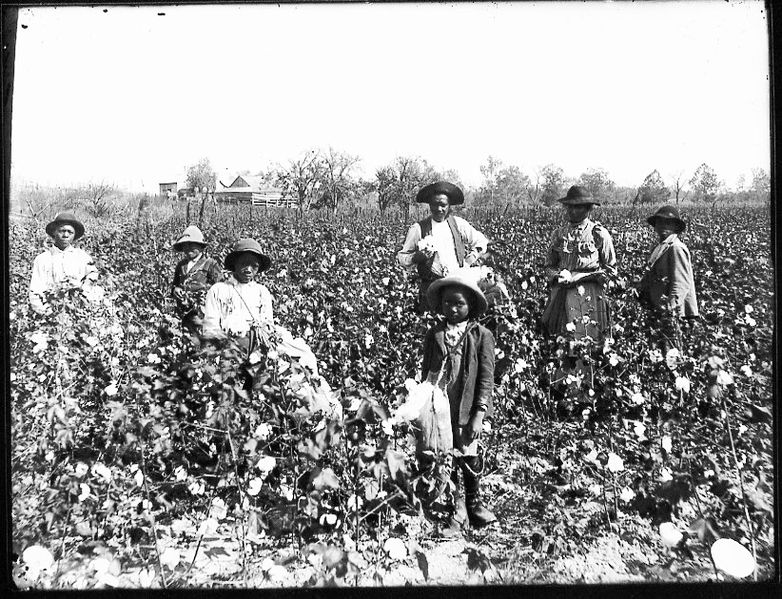 Familysearch is quickly digitizing Freedmens Bureau Records. Labor Contracts are one of the first categories of records that researchers should search within these valuable records. I posted awhile ago a suggested process to follow while searching these exasperating records.

Labor Contracts are very valuable because they were often made between slaveowners and their former enslaved laborers. They also tell us something more about the experiences of our enslaved ancestors.

What is apparent is that white planters were most interested in returning if not to slavery, than as close to slavery as possible. It is unfortunate and tragic that the Freedmen’s Bureau chose to go along with this system. They supported year-long agreements with the former slaves and these agreements essentially nullified the one true bargaining chip enslaved people had.

These agreements illuminate why it was so difficult for former slaves to achieve anything close to economic independence. Social equality was of course, completely off the table.

What’s also clear is the devastation of freeing four million slaves who had no property, were mostly illiterate, and had no land. Farming was the only skill most of them had. This was a recipe for disaster.

Slavery studies tell us also that freedmen wanted to get their wives out of the fields and refused to work as long and hard as they did during  slavery.

What is In the Agreements?

Most agreements spell out that planters would provide the land, tools, animals, and seed. Freedmen would cultivate and gin the crops and perform a wide variety of other tasks.

There was no standard labor agreement; some were brief and sparse where others went into great detail. Some planters paid the freedmen in cash, but most paid freedmen by giving them ½ or 1/3 of the crop. Agreements vary on who would provide clothing, medicine, and food.

The restrictions on their behavior was what stood out to me most, as well as the ability of the planter to unilaterally cancel the agreement for supposed bad behavior.

Most added that freedmen were not allowed to either leave the plantation or have visitors without consent of their employer. What kind of freedom was that about? It forces us to really confront what actual freedom the former slaves had.

The language used in these Alabama labor agreements illustrate how far planters went to maintain their absolute power over the workforce:

Language in Agreements: Thompson and Hooks

In 1870, many of these former slaves were still living near their former owners. They had few choices.

Here is a portion of his labor agreement with several freedmen: Many of his contracted freedmen (e.g., Jack Ricks and William Fort) were still living near him in 1870: Let’s not forget that many of the planters broke these agreements. Bureau Complaints detail refusals to pay the freedmen and violence against them. Many simply kicked the freedmen off the plantation altogether after the crops were in.

This was about the control of labor, plain and simple. It was also about trying to enforce dependence, and continued racial subjugation.

That the government choose to perpetuate servitude and dependence is one of the greatest, tragedies of U.S. History. It set the stage for the later horrors of Reconstruction.

Take a look at these valuable records. They tell us much about our ancestor’s plight and the hardships that “freedom” brought.