Lie To Me: Inaccurate Records

Records lie to us. The very records we depend upon to reconstruct our families, lie all the time. Inaccurate information is everywhere.

In this 1900 census, my third great-grandmother Hannah Harbor reported that she was widowed:

But her former husband Joseph was alive and well. Sadly, he left her for another woman. He was also committing lots of crimes, so I probably wouldn’t want to claim him either.

Aunt Hattie reported on her sister’s death certificate that their mother’s name was Margaret (Simpson), wife of Levi: 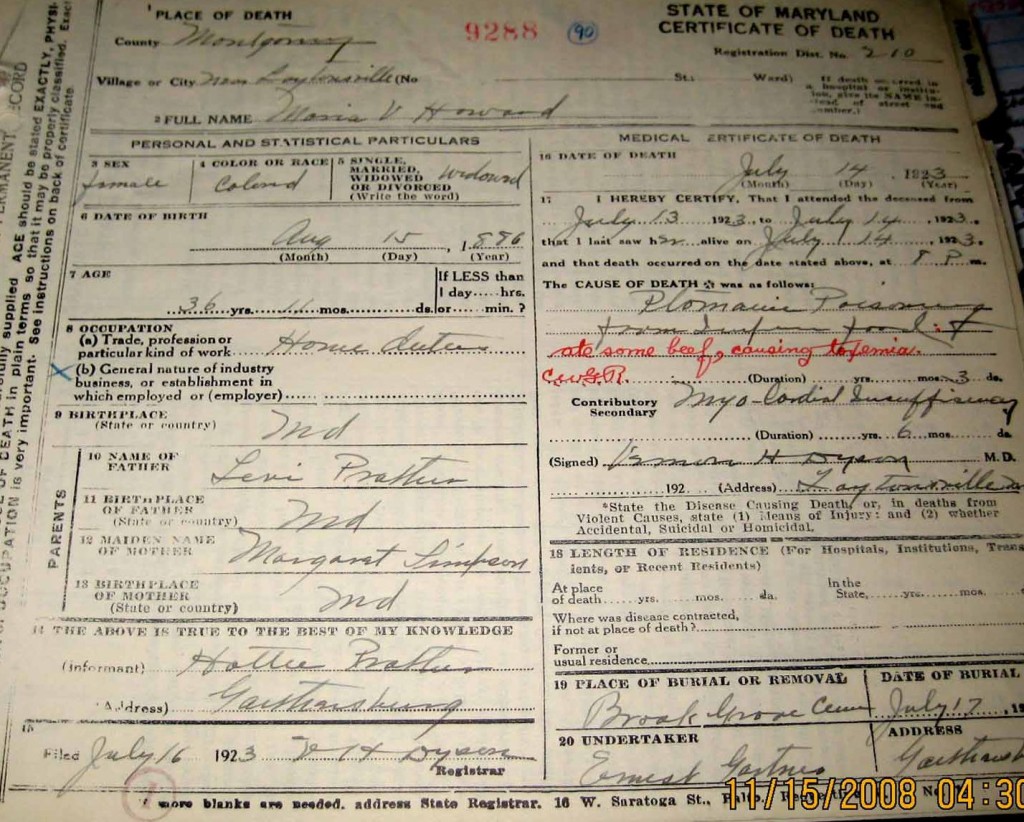 But her correct name was Martha Simpson, not Margaret as was recorded. Margaret was Martha’s stepmother.

Ferdinand Holt migrated to Indianapolis, Indiana in the early 20th century. He filled out a World War II Draft card that proclaimed his birth date of 6 Dec 1895: 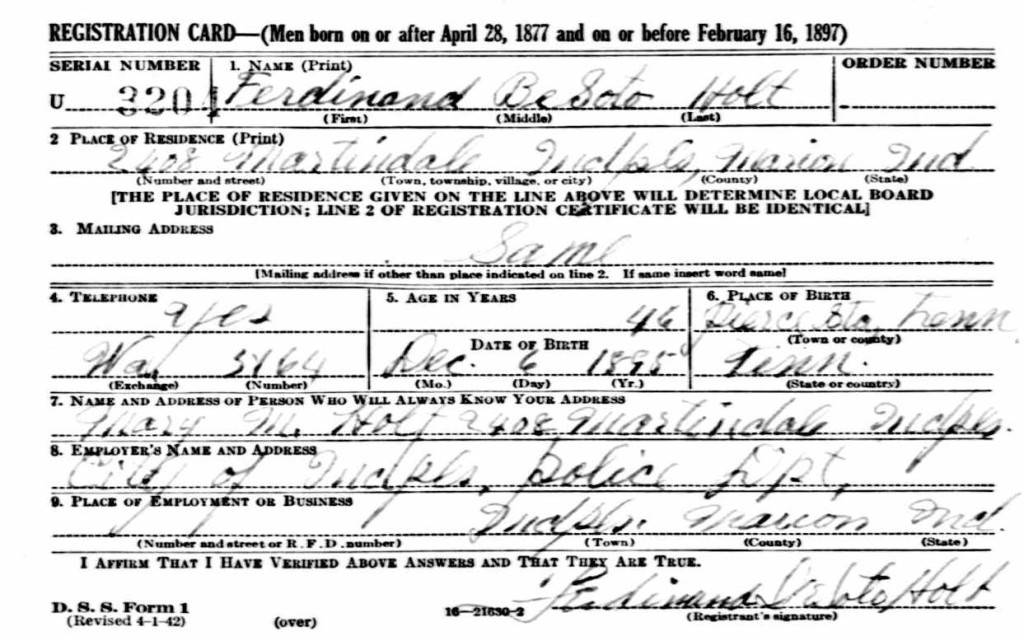 But he wasn’t born in 1895. He was probably born in 1887 which was recorded on his earlier World War I Draft Card: 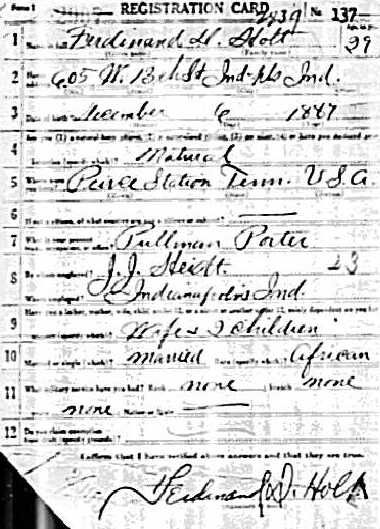 Oddly, the actual day (Dec 6) stayed the same, even though the year changed by 8!

Records lie, manipulate and deceive us. Some of the examples above kept me going in the wrong direction for years. People forgot, lied, misled and simply left out important information. No source is infallible.

We have to consider the entire body of evidence we have gathered, and not just one document. In fact, you can’t prove anything with one document.

We have to continue to grow as researchers and learn the best practices in the field.

Every document has the potential to contain inaccurate information. Viewing records in isolation and accepting what they purport as true can’t be our practice.

So, what documents have been lying to you?