Records About the Enslaved in D.C. 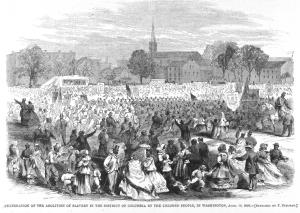 Emancipation in DC: #DS_069H00HP from the NYPL Digital Library

I have been thinking about how many states have unique records that can assist those doing slave research. This is what I call records that are not nationwide, but specific to a particular state or locale.

For example, slave births in Virginia are recorded from the year 1853. In Maryland, slave statistics (for a few counties) name the last slaveowner and provide surnames for many of their former slaves.

Records like these may not survive for every county within a state, but if they do, you’re in for a treat.

For those who had enslaved ancestors in Washington, D.C., a wonderful set of records exist. The National Archives has the following:

-these rolls include emancipation, manumission papers, freedom affidavits, and fugitive slave case papers (Update, 10/2018: This microfilm is now on Ancestry)

Both of these two sets of microfilm have good information for those of us descended from slaves. Christine’s Genealogy website has indexed parts of these records on her website:

An even more exciting set of records exist. The federal government emancipated slaves in Washington D.C. in 1862, with compensation for their slaveowners. The legislation provided slaveowners up to $300 for each slave laboring in D.C.

Slaveowners applied for compensation in droves. Those petitions created another set of records:

Records of the Board of Commissioners for the Emancipation of Slaves in the District of Columbia (M520)
(Update, 10/2018: This microfilm is now on Ancestry) 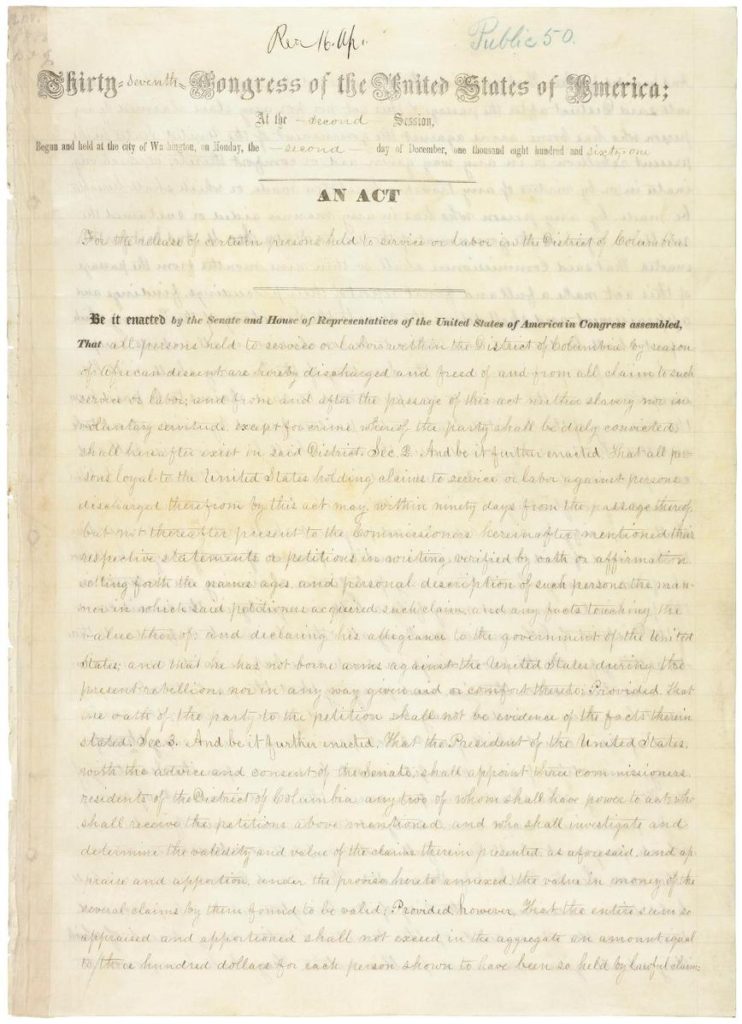 Each petition included proof of ownership and a valuation. In most cases, the petitions provided detailed physical descriptions of the slaves, what kind of work they did, and sometimes their relationship to other enslaved people.

A few examples will illustrate the richness of the records (these are abstracted, the originals are more detailed):

Aren’t these records incredible?? As you can see, many slaves were employed in D.C. but were owned by people living in Maryland and Virginia as well as a few other states.

I found some important clues regarding several owners of my Maryland ancestors. Christine’s Genealogy Website also has an name index to these petitions on her website.

If Washington D.C. is one of your research areas, take a look at these important records.