Slaves are in the FAN Club, Too 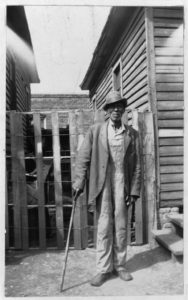 Genealogists often use cluster research as a research strategy. As a shorthand, you will often hear people call this idea finding your ancestor’s “FAN” club: their friends, associates and neighbors.

Expanding your focus to a group of people as opposed to one couple or one nuclear family dramatically increases your chances of solving tough research problems.

It is the one skill that I assert will pay off over and over again. Some of my most stubborn research problems were solved by using this strategy.

For descendants of slaveholding families, enslaved people a family owned are also members of that family’s FAN club.

You’d be wise to research their former slaves and the documents they created.

In most cases, enslaved people and their slaveholders knew a lot of information about one another given the close and intimate circumstances in which they worked.

Of course, most enslaved people were illiterate. But the over 2,000 WPA Slave Interviews,  Civil War pension records, and Southern Claims Commission records are the kinds of records you can search.

There were also more than one hundred slave narratives that were published, mostly by runaway slaves.

Enslaved people frequently mentioned their owners in these records.

He included an important piece of information about Heyward:

My name is Cupid Hamilton. [I am] 45 years old. I live at Wm Heyward’s plantation near Pocotaligo, Beaufort County, SC.

I was the slave of Mr. William Heyward. ..He is dead now. He died in Charleston of yellow fever in 1872.

The 2,000+ slave narratives offer some of the richest first-hand testimony of formerly enslaved people. Like every source, they have weaknesses that should always be taken into account.

Taken in the 1930s, most are the testimony of people who were children when enslaved; they had not yet experienced many of its horrors.

Most interviewees were of advanced age and living in  poverty during the Depression.

Add to that mostly white interviewers in a time period bathed in the Lost Cause ideology, and one can understand why so many of those interviewed had sunnier views of slavery than one might expect.

Still, they are a powerful source that should always be utilized. (Let me also prepare you for the frequent use of the n-word in this source).

Take a look at how much Elizabeth Hasty recalled about her former owner’s family (John Sterling): 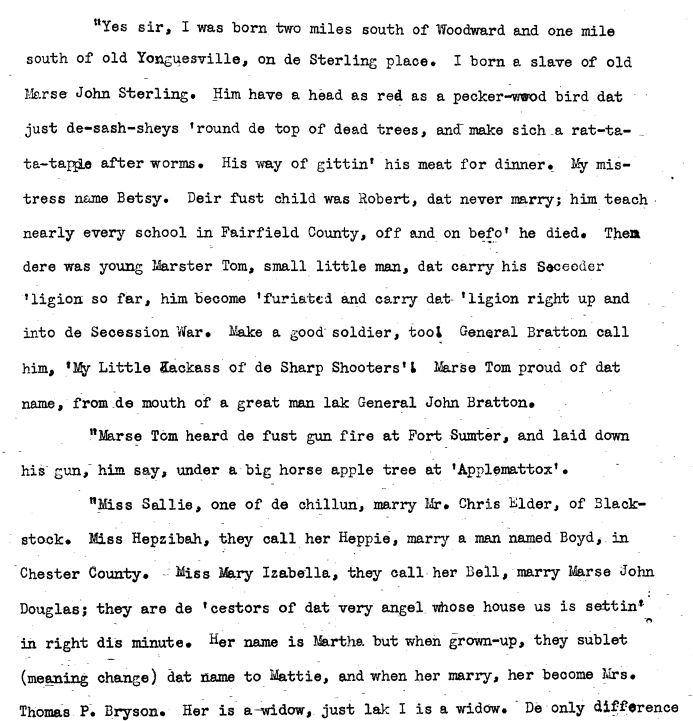 Interviews contain lots of information about what happened during the Civil War, particularly the depredations by both armies. 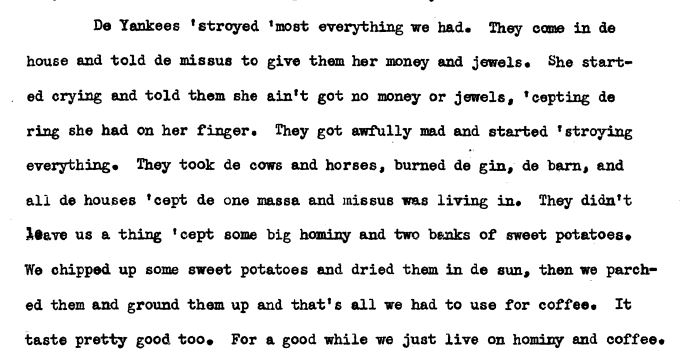 Numerous Civil War pension files contain testimony from former owners. Because of the lack of documentary birth and marriage information for former slaves, their testimony was valuable and often sought by special investigators.

I highly recommend the book Voices of Emancipation: Understanding Slavery, the Civil War, and Reconstruction through the U.S. Pension Bureau Files by Elizabeth Regosin and Donald Shaffer.

The authors provide a good review of the challenges black soldiers faced.

Although most former slaves were illiterate, the authors make an important point we should remember (p. 37):

In the Civil War pension file of Henry Haddox (17th and 101st USCT, Tennessee), Delia Bond includes a significant fact about her owner Dr. Haddox (of Spring Hill, Tenn.) in her 1906 deposition:

“Henry Maddox and I belonged to the same master. Henry was about 10 years old when I married…My master, Dr. Maddox killed himself about 6 or 7 years before I married.”

How do you get started finding the people your family owned? Well, if you’ve researched the family’s probate records, you’ve probably come across their names in the wills and inventories.

You may have private papers, such as family bibles or accounting records, that named the family’s enslaved laborers.

Take a look at the 1870 census where your ancestors lived. Look also for any African-Americans living with the family in 1870.

Also, look for African-Americans living nearby who carry the same surname (although many former slaves did not carry the last name of their last slaveholder.)

Most former slaves in 1870 still lived in close proximity to their former owners. Make a list of those names and see if any of those people (the males) joined the Civil War.

If so, check to see if that soldier or his family applied for a pension using the indexes at Ancestry and other sites. Check the soldier’s military service records.

The slave interviews have been digitized and are easily searched. The individual volumes are indexed, but better yet, you can download the PDF volume for the state of interest and do a “Find” for your family surname.

Most slave narratives have also been digitized at UNC DocSouth’s amazing database.

I hope this post has expanded what people think about when using the FAN club and cluster research techniques.

If your family owned slaves and you are not researching their records, you could be missing lots of valuable history about your family.

If the connections to former slaves is identified, please document it in your research and consider sharing those documents by attaching to your tree at Ancestry.com.