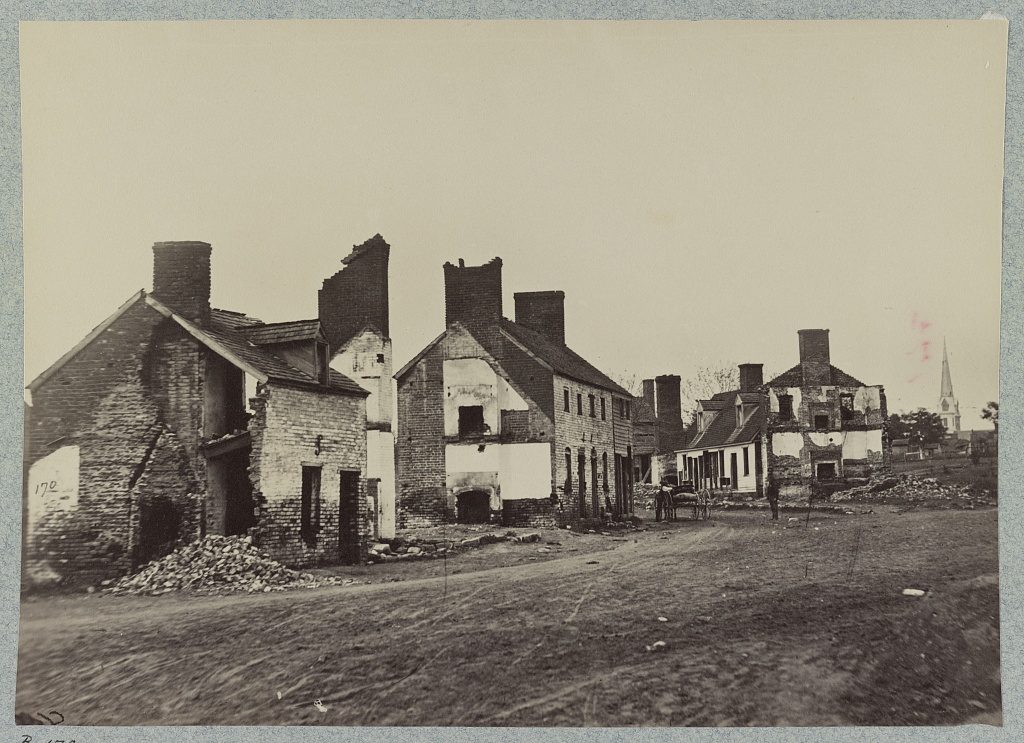 I’ve been perusing the Southern Claims Commission records and rediscovering how incredible they are.

The files includes many stories of the experiences of civilians during the Civil War.The website Fold3 has digitized many of these claims.

Congress established the Southern Claims Commission in 1871. The Commission adjudicated claims by loyal Southerners for reimbursement of damaged or taken property.

The Union Army, like the Confederates, often took food, animals and supplies from civilians during the war.

The claimant had to present proof of ownership and of loyalty to the Union cause. Each file included depositions of eyewitnesses to these facts.

Interestingly enough, former slaves and free blacks not only provided depositions, but filed a few claims themselves.

Cupid Hamilton
My name is Cupid Hamilton. [I am] 45 years old. I live at Wm Heyward’s plantation near Pocotaligo, Beaufort County, SC.

I have lived here all my life. My business is farming…I was the slave of Mr. William Heyward.

I became free at the end of the war. I carry on farming—plant principally rice. I owned the property charged in this claim before the war. I got the property after Hilton Head was taken by the United States.

My master Mr. William Heyward gave me two horses and a wagon to make a living for myself and family as he could not afford us any longer.

He said I could keep them my lifetime as he did not intend to carry on planting any longer. He is dead now.

He died in Charleston of yellow fever in 1872. His grandson Mr. William Hankel was not present when he gave me the horses and the wagon, but he lives on the plantation now and

I believe knows all about it…I was the waiting man of Mr. Wm Heyward on the plantation and…

when he left the place after Hilton Head was taken he gave me the two horses and the wagon and gave me [and] Moses Washington, the driver, also one horses and gave Alleck Wilson [?] the head carpenter one horse also for faithful services.

Coleman Sherrod
At the beginning of the war, I was a slave and belonged to Mrs. Tabitha Sherrod. I became free when Lincoln set us free by his Proclamation.

I worked on the farm after I became free.

I rented land from Mr. Shackelford. I bought the mule when I was slave. My owner allowed me to own a horse.

Mr. Sam Shackelford allowed me the privilege to own a mule. I was with him under his control.

I bought the mule from Mr. Gallahan a year or two before the war commenced. I gave him $164 or $165. Mr. Jack Harris and Oakley Bynum went with me to see me righted in the trade…they saw me pay the money.

It passed through their hands to him, Mr. Gallahan. I got the money by trading. I was [a] carriage driver and [had] the privilege of trading.

I paid $60 in gold which I got from Mr. John Houston for a horse I sold him….

Primus Everett
During the war, I was the slave of Wm Everett, but lived with Mr. Alex Thompson to whom my wife belonged about seven miles east of the courthouse.

For more than six months in the last year of the war I went off to North Carolina for fear of being put to work on the breastworks–I went of my own accord.

I said nothing about it to my master…I was always a Union man. My simple reason was that I wanted to be free all the time & I believed the Yankees would set us free, and they did….

I was hired to Mr. Thompson–he allowed me to keep all I could make over a certain fixed sum. I bought the horse with the proceeds of my own labor and raised the bacon.

What These Records Illustrate

Look all all the wonderful details about the lives of enslaved people in just these few examples.

The testimony helps us to understand that slavery was never monolithic. The experience of enslaved people varied across time and space.

As evidenced here, some slaves worked on the task system and were allowed to keep their own money.

There are also details given about the slaveowner’s family. I hope these examples will encourage you to look at these records.

I was fortunate to find that one of my collateral ancestors testified in support of a claim. She had been a freed woman during slavery.

No family research is complete without exploring the riches of the Southern Claims Commission records. Be sure to check all three categories of claims: allowed, disallowed, and barred. Both Ancestry and Fold3 have indexes to the claims.

The St. Louis County Library is a good resource for more details about these records and how to research them.

I also recommend researching claims filed by others in the county. That is classic cluster research, and you’ll find that people provided depositions for their neighbors.

If the Union Army spent alot of time in your research county, you will find these records rich with useful information.