For the first time in my research, I have found two death certificates for the same person. They were filled out by two different people.

As if missing and inaccurate records aren’t enough to make me crazy, now this.

While perusing the Tennessee Death Database, I found this death certificate for Miss Mary Ella Copeland: 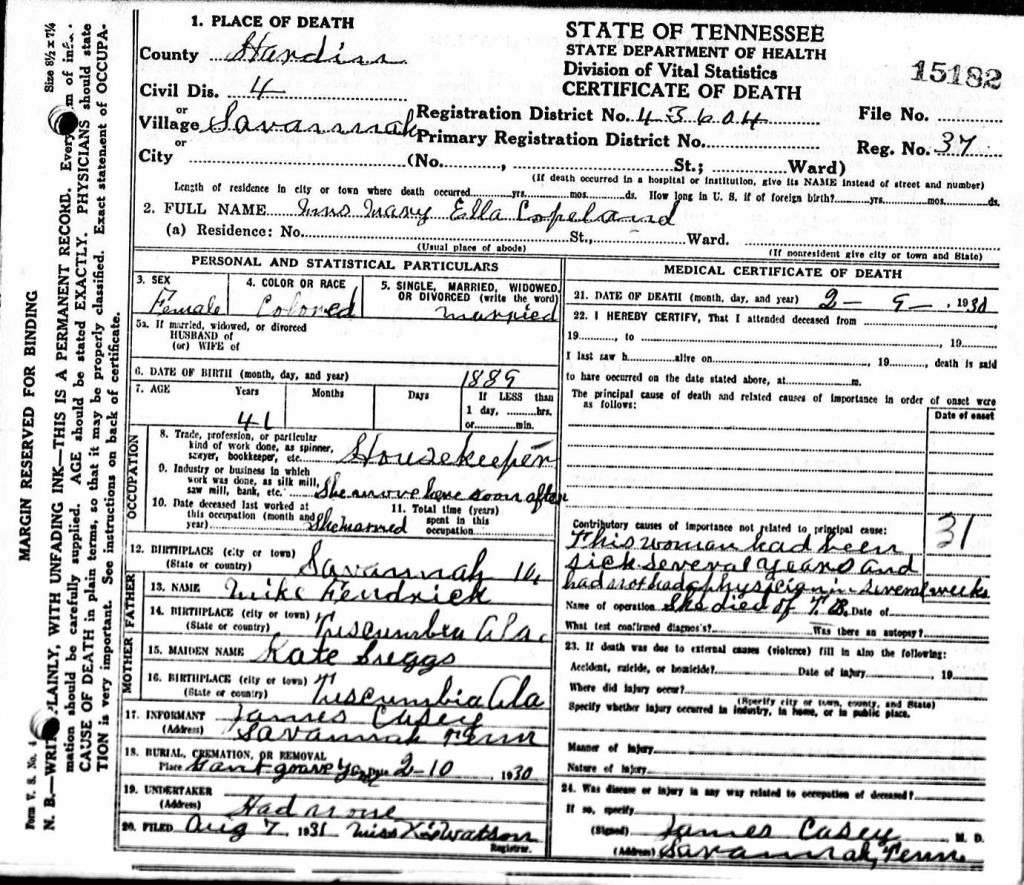 Unfortunately, I have never been able to find any document that states where in Alabama they came from. (Update: Later, I found the Alabama county).

Death certificates can be a tricky source.

But what struck me is that the informant on Mary Ella’s death certificate recorded Tuscumbia, Alabama as the birthplace for her parents.

I thought, I have this death certificate already. Why didn’t I ever notice the town?

Well, here’s why. The copy I had in my records only recorded North Alabama for Mary’s parents: 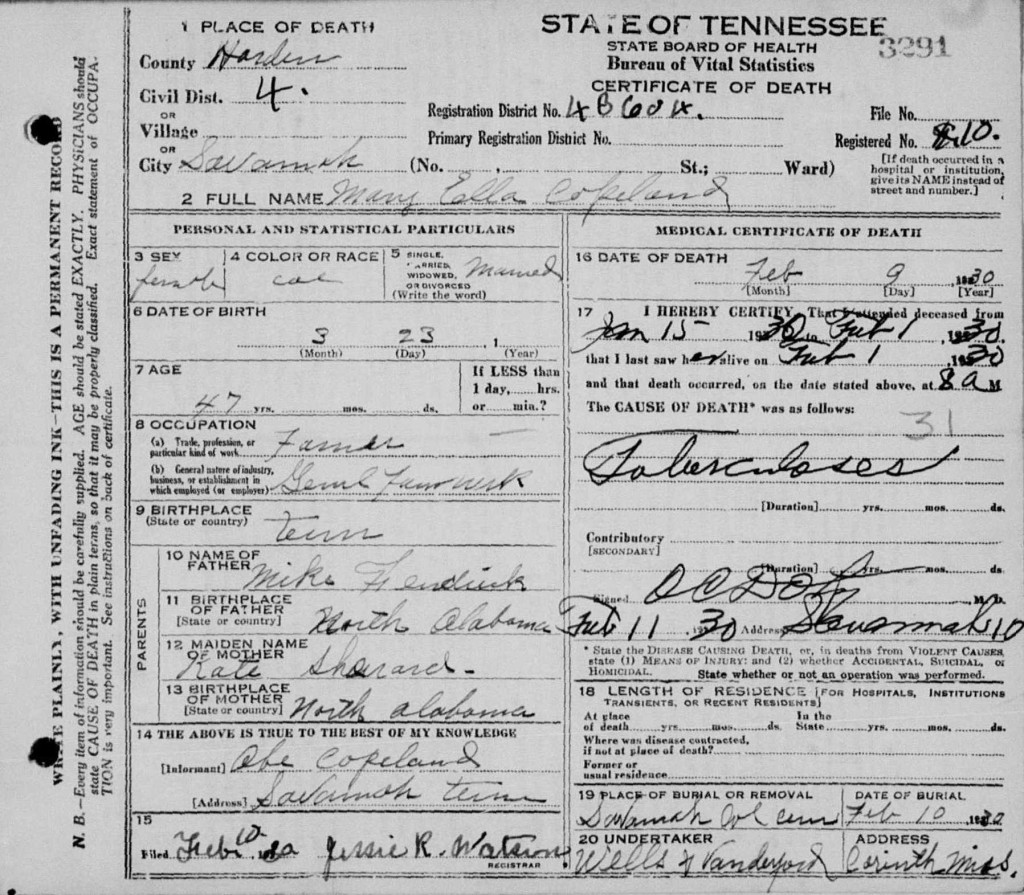 Both death certificates are indeed the same woman. She was my great grandmother’s sister Mary Ella Fendricks, who married Abe Copeland.

James Casey associated with the family, but I’m unsure of his exact relation. Cluster research principles mean I need to figure out his connection. One death certificate lists the “Gant graveyard” as Mary’s burial place. The other lists the “Savannah Colored Cemetery.”

These documents both illustrate the weaknesses inherent in so many records: the information is only as good as who gave it. The death certificates report different ages for Mary Ella.

However, several sources consistently state her name as Kate. I’m starting to believe that Jane Eliza was actually called Kate or Katie. 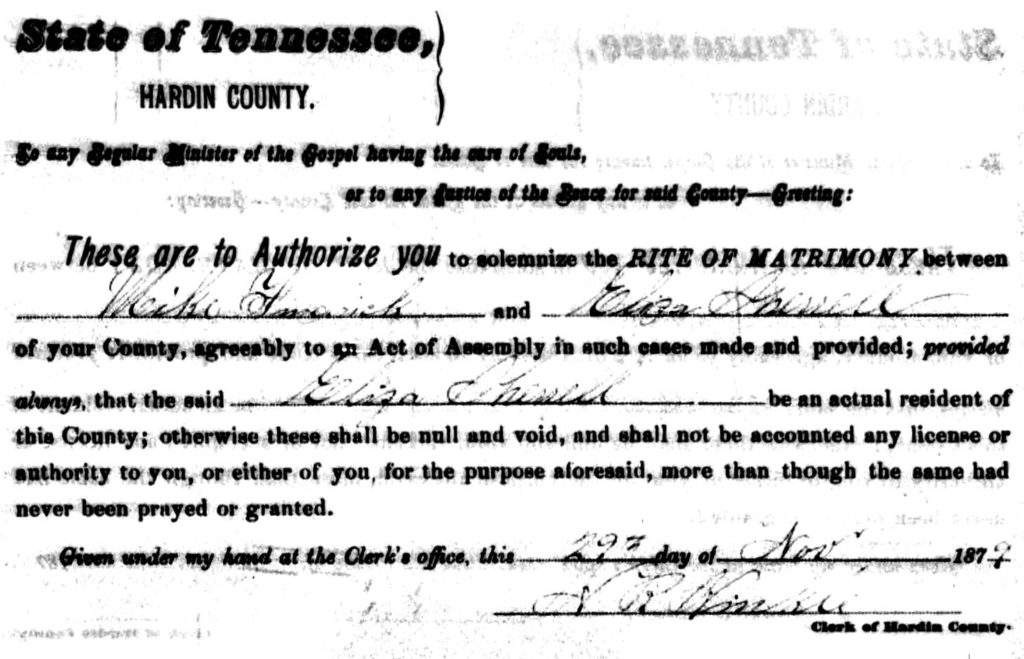 Even my grandmother remembered that name. Kate/Katie died at a relatively young age and no record suggests another marriage for Mike Fendricks.

I wonder what circumstance would cause someone to have multiple death certificates?  The date of the later certificate was almost a year and a half later.

Have any of you seen this? Sometimes I think the ancestors just like to MESS with us!