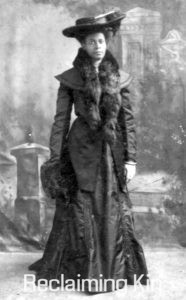 One of the first things we’re instructed when we begin our genealogy journey is to interview our elders.

This is by far one of the most important things for us do.

Our family members can provide information we may never find in documents. It has always been ironic to me that the time when most people are interested in their history is generally when they are older and their elders have passed away.

I advocate to everyone that even if you have zero interest in your roots, please ask the important questions to your family members NOW.

Although you have no interest, maybe your children will. Maybe you will later on, when all the people you need to talk to are gone.

However, we also need to understand that oral history has to be assessed in the same way we assess information from other sources. It is another piece of evidence.

Everything Cousin Bebe or Uncle George says may or may not be accurate and there are many reasons for this. As we age, our memory can fade. As my mamacita Carole likes to say, “we have trouble with data retrieval.” LOL

Stories passed down over generations can change  in detail such that by the time we hear them, they bear little resemblance to the original tale.

As humans, we can have valid reasons for “glossing over” or omitting details considered hurtful or shameful at the time.

Divorces, “outside” children, children born out of wedlock, bias, embarrassment, indigent circumstances, interracial liasons, abandonment and criminal behavior are just some of the kinds of issues that occur at some time in many families.

Not Just an “Interview”

Oral history is not just formal interviews with family members, but also information your parents or other family told you over time. Letters. Phone conversations.

Things you “know” because your family has told you so.

So the first step is to write the story down. Write who told you and when. Attempt to ascertain where the story originated, and whether or not that person had firsthand knowledge of the event.

Is your mother telling you something that her great-aunt told her when she was a little girl? Write that down.

From page 157 of the book “Evidence Explained” we learn a crucial point about oral history:

Oral history is a resource that is at once important yet questionable. It’s credibility rests upon the reliability of the channel through which the information has been conveyed and the veracity of the original source.

Next, you want to do what you can to verify the information. Some of that will be as easy as ordering vital records to prove/disprove births, deaths or marriages.

You might consult census and probate records about birth and death dates.

Some stories are not as easy to verify. Many African-American families have stories about a slaveowner who fathered children with an enslaved woman.

DNA is now a powerful tool that we can use along with more traditional sources to prove even those connections.

My friend Jonnie Brown is a great example of that. Her grandfather told his children that his father was a white man. 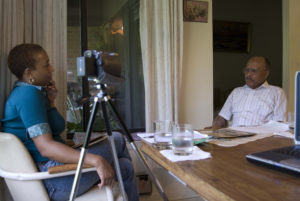 DNA was able to confirm the truth of her family’s oral history. Her white great-grandfather, a Confederate soldier, was identified.

Though it was a common practice, finding that in written documents is rare. (My friend Aaron was one of the lucky ones)

There are many reasons for inaccurate oral history. Here are a few examples of oral history in my family and my attempts at verification:

I have seen researchers hold firm to oral history when the evidence points in another direction or disproves the oral history entirely.

We need to be aware of these biases and fight that impulse.

Sometimes the story is so fantastical that we really want to believe it, but we shouldn’t let that desire drive our research.