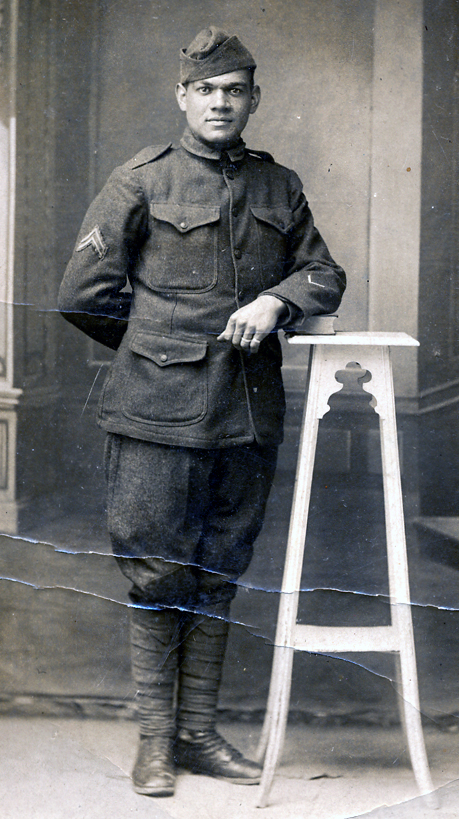 World War Draft Registrations (World War I and World War II) are some of the most valuable records in genealogy research.

These records are especially helpful for researching men born in the late 1870s or 1880s. The lack of a 1890 census record makes that 20-year-gap hard to cross.

It’s important to read all of the information about every database we use. That gives us the necessary information we will need to evaluate the evidence.

We miss clues when we don’t take the time to learn about any database’s underlying source. The records may be incomplete, or missing certain states or years.

Both draft databases have important information we need to understand. For example, the World War I draft cards come from three separate registrations, and each registration card was slightly different.

There are blank templates of each card on Ancestry. This was the first registration card which asked 12 questions: 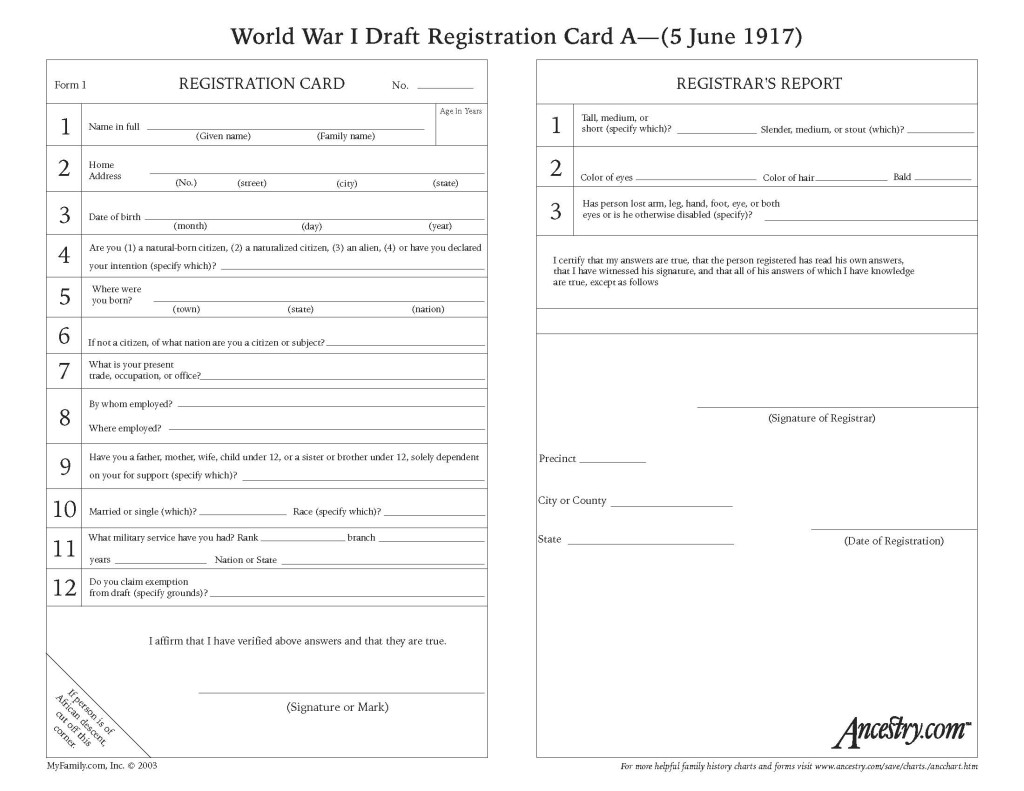 Be aware of the cards you have for your family and which registration it came from. Two big differences in the three registration cards is that the 1st set does not request names of dependents.

The other two ask the names of the nearest relative, and the 3rd set does not ask for the place of birth while the others do.

Also notice that for all African-American applicants, the left corner of the 1st draft card above is torn. Oh, the ugly vestiges of segregation.

I have also noticed that there are many men with discrepancies in their birthdates. These cards are original records with primary information–the person filling out the card is getting the information from the applicant sitting in front of him.

While most of the discrepancies are just a year or two off, some are  four or five years. I’ve even seen an 8-year difference. Here are two examples (both WWI and II cards are combined in the pictures):

And while we might expect the birthdates to make the person ineligible for the draft, that wasn’t always the case.

Many of the discrepancies are probably just memory. Others may be that having to know one’s exact birthdate was really a new phenomenon predicated by the new Social Security program in 1935.

For the World War II draft registration, only one set of the four draft cards are publicly available. And, unfortunately, NARA destroyed the cards for the states below:

But, if you are lucky enough to have ancestors in the other states, they are a rich source. These cards record middle names, which is helpful when people use both their first and middle names interchangeably in sources. I’m always interested in social history. Since these cards capture migrations, I like to search a county, and discover what cities people migrated to.

I hope this post has given you new ways to use this valuable resource. As always, remember to correlate information in these cards with all of the other evidence you’ve gathered to verify accuracy.