The Problem and A Story

I have never been able to find the daughter named “O.D. Copeland” in anything other than census records, and nothing after 1920. I have never found a marriage or a death certificate. I’m sure we all have these ancestors that seem to disappear into thin air.

A few weeks ago, I asked my mother about O.D. She told me that Aunt Myrtle (O.D.’s sister) had often spoke of her. I actually knew Myrtle, since she lived to be in her late 90s.

My mother said that Myrtle would often lament about how her sister O.D. “was murdered by a white man” with whom she was in a relationship. As is common with oral history, there were no more details.

That was the first time I ever heard that story. Remember that story; I’ll come back to it shortly.

Minnie and Her Notes 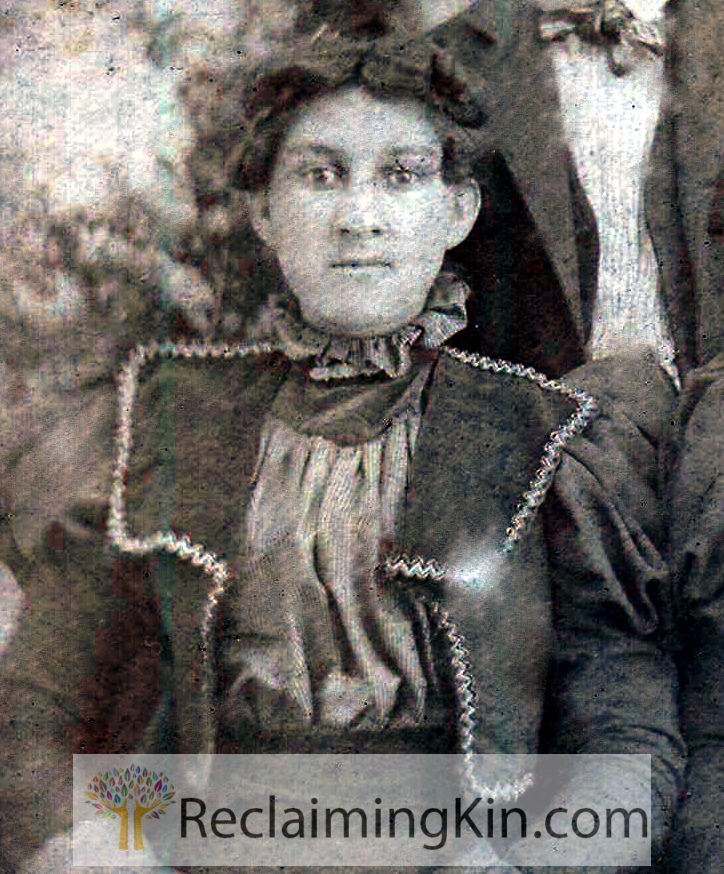 I have a collateral ancestor named Minnie Holt who also lived in Hardin County, Tennessee, in a nearby community. Minnie worked for over 30 years as a teacher. She unfortunately had an accident that left her in a wheelchair for the last several decades of her life.

In spite of that, she did something amazing.

Minnie decided to keep notes about the various “goings-on” in the small community where she lived. She wrote down births, deaths, marriages and other events. Whole families were documented: she carefully named the husband and wife and each of their children.

She did not limit the notes to her own biological family, but wrote about almost anyone she knew. Illnesses, divorces, people’s houses burning down, dogs dying, etc., all were worthy topics to Minnie.

Don’t you love her already?

Minnie’s notes were passed down to her daughter Nella, and Nella passed them down to a niece, who generously shared them with me. When I first saw these notes as a new researcher, I didn’t know most of the people.

Minnie was a genealogist in her heart, she just didn’t know it at the time.  She knew that information was meaningful and that it should be recorded.

Minnie’s notes have proven amazingly accurate. She provided death dates that enabled me to order death certificates. Sometimes, she noted the maiden name of the wives.

She often wrote where people were buried, and if they died in another city–she recorded that too.

She also noted when people were killed. Look at this entry:

I decided to check Newspapers.com, and found this: 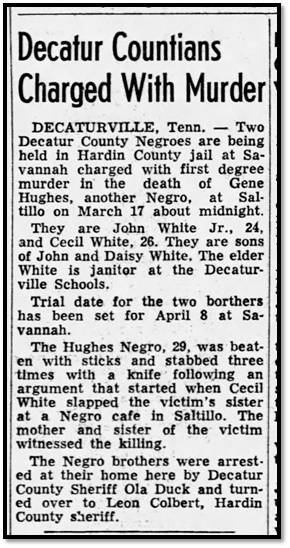 Now, let’s get back to my original cold case: the whereabouts of O.D. Copeland. While looking for something else entirely, I happened to peruse Minnie’s notes in the same week I had this talk with my mother about O.D.

And I noticed this in Minnie’s notes, which I can tell you, I have read many, many times before:

WOW! Was this the O.D. Copeland that I could never find? The spelling of Copeland differed, but I furiously put the new details in a newspaper database and discovered this (dated March 11, 1961): 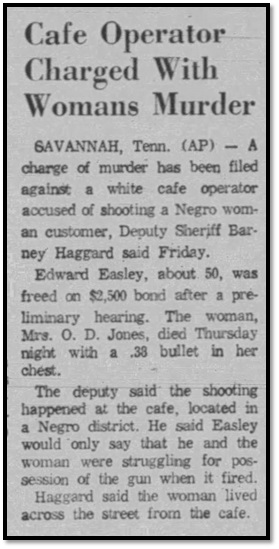 Yes. It’s her. And true to form, Minnie was amazingly accurate about details, down to the man’s name!

The article is pretty vague about the reason for the fight, so the oral history that the two had a relationship is certainly plausible.

For future research, I’d like to see if the man was ever charged or ever served time for her death. I suspect not.

Now that I knew her date of death, I was able to order (and have received) her death certificate.

I’ve discussed finding murders in the family in a previous post, which are always jolting to discover. When I read this, a big part of me felt sadness for O.D., dying in her thirties the way she did. Her sister Myrtle never forgot her, which means she was loved.

Experiences like this one, which happen over and over again, convince me that the ancestors are pointing the way.

What are the chances that I would get that story from my mother and a day or two later, read Minnie’s notes which I had not read in years?

Thank you, Cousin Minnie, for all your diligent notes. They have been a roadmap like no other.