Recently, I solved a genealogical mystery that I’d had for many, many years.  The solution utilized many tools. However, black newspapers and the ease now of searching of them deserves the biggest praise for solving the puzzle.

My friend Tim Pinnick has been preaching and teaching about black newspapers for years (you can watch one of his lectures  on YouTube).

He has even written a book on the topic, which I would highly recommend for your personal library.

The puzzle started in the 1880 census of Hardin County, TN, where two black men named James Holt were enumerated. They were both around the same age.

For years I thought these two James’ were the same man, and that the census taker had made an error. Only through deed records did I realize they were different men.

To add to the confusion—the 2nd James married the sister of the wife of the 1st James. But I digress.

About 4 years ago, I found the 1st James living in Obion County, TN in 1900. I was pretty sure it was the same man (his kids had unique names like Phlenarie, Ferdinand and Ollie). He had a new wife named Alora, and he was a minister.

That’s where my trail ran cold. I simply could never find James; I posited he was probably moving a lot with the church.

Below is the 1900 Obion County, TN entry for James & his family (though only his initials are provided):

A descendant saved oral history, pictures & other memorabilia about this family. One photograph showed a well-dressed black couple labeled “Mr. and Mrs. George and Ollie Knucklis.” 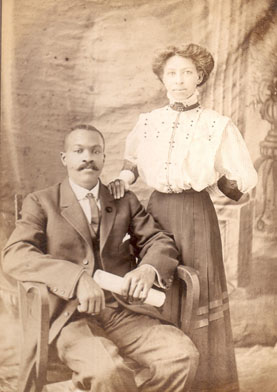 A postcard was addressed to “Aunt Nannie” and was signed “Ollie.” Perhaps this Ollie was the daughter of James Holt listed in the 1900 census?

That hunch turned out to be right.

The photographer’s studio engraving from the picture was located in Chattanooga (you do look at those, right?).

Another man in Indianapolis named Ferdinand Holt was a promising candidate to be her brother. Eventually I found all of her siblings living in the city.

A search in the Indianapolis Star newspaper revealed a court case between George & Ollie Knucklis (the couple in the picture). The name “James Holt” was listed next to Ollie’s name in the newspaper entry—could that be her father?

It had not occurred to me to look for him in Indianapolis. I suppose I was focused on the children by now.

I found a James Holt, born in TN, living in Indianapolis in 1920 and 1930. However, instead of having a wife named Alora and being a minister, this man had a wife named Harriet and is a lawyer.

Well, this couldn’t be the man I was looking for, right?

Short answer is– of course it was him.

I searched the black newspaper The Indianapolis Freemen for both James Holt (and J.M. Holt and J.M. Holt). Numerous articles described this popular, politically active man.

James was a minister—then he attended Central Law School in Louisville and became a lawyer! A profile in the paper even turned up a picture of him:

Articles described James’ ministry in other states and I was able to eventually find his subsequent marriage and his death certificate.

The marriage record for his son Ferdinand validated this research when it noted his parents were James Holt and Mintha Barnes.

When people are moving between states, it is especially important to search in a wide selection of records. We need to prove identity and not just match names.

I also grew in my  genealogical research skills over the years;  I couldn’t have solved this five years ago. The investment you make in constant learning will payoff in your research.

Without the Indianapolis Freemen newspaper, I would have had a more difficult time proving this James Holt was the same James Holt from Tennessee.

If you ever get a chance to see my lecture on Proving Identity, his family is one of the case studies.

Best of Both Worlds: Finding Ancestors and Descendants

Recently I was contacted by James’ granddaughter. She found this blog post while researching her roots!

We had a tearful & joyous conversation. We shared stories about our lives and our histories. I reclaimed another family member.

It gets even better.

She shared incredible photos of James M. Holt & his family. My heart leapt as I gazed upon this ancestor of mine, the son of an enslaved woman. 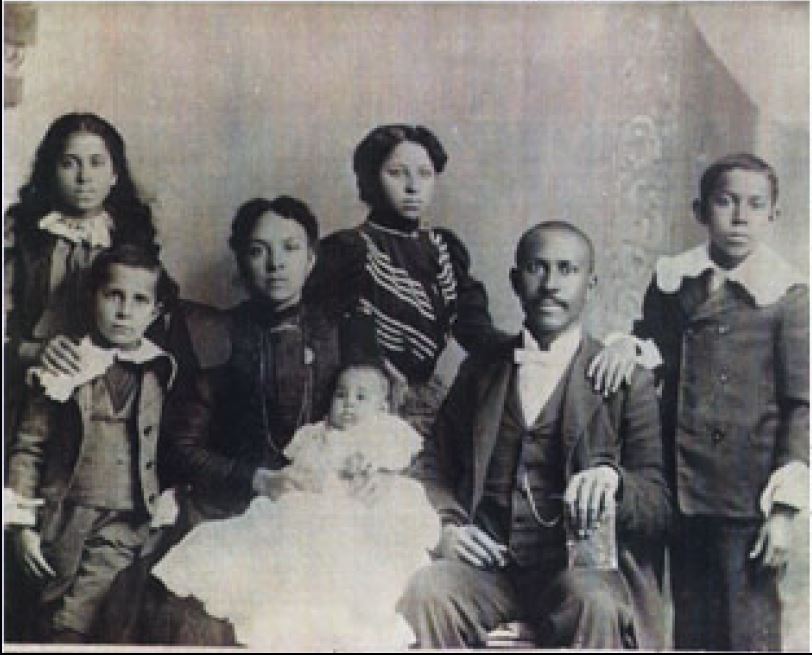 The photo below shows him in his law office surrounded by legal books.

The story didn’t end there.

I realized that one of my unidentified photos may have been my new cousin’s father. This is mainly because of her description of him as a police officer.

Yes–it turned out to be him! She was thrilled to have a never-before-seen photograph.

Another unidentified kin–reclaimed. This experience just warmed by heart.

This is yet another example of why genealogy is so rewarding! 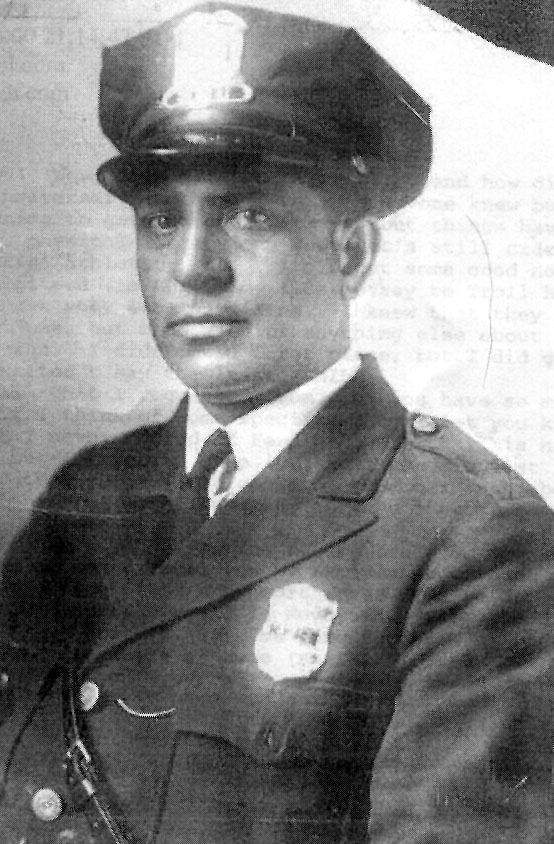