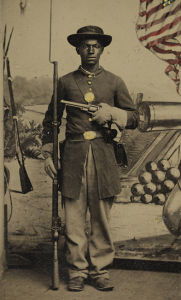 For many years now, I’ve been interested in researching U.S. Colored Troops who served in Union forces from the communities where my family lived.

The 1863 Emancipation Proclamation began the process of large-scale recruitment of black men into the service as soldiers.

The racial ideology of the times believed that black people did not have the mental capacity, bravery or intelligence necessary in a soldier.

However, blacks served with valor and distinction as U.S. Colored Troops and proved everyone wrong.

It provided proof of their equality as men, even if most whites of the times were not ready to hear that message.

U.S. Colored Troops service records are available on Ancestry and Fold3. While most people search for their ancestors, I suggest you also search for other soldiers born in the same county.

Particularly in the case of former slaves, the analysis of military records can greastly expand your knowledge of the community. It can add valuable details about the slave community.

One way to do this is to enter a county in the birthplace search box for the U.S. Colored Troops Service Records, but do not enter any names.

So, if I enter “Montgomery County, Maryland”  for birthplace, and leave everything else blank, the database will return soldiers born in that community.

Keep in mind that the soldier may have since migrated from that community. Also, there will be some who may not have their county of birth recorded in the official records.

But this process will find plenty of people. Also, attempt to find pension records for all of the soldiers found.

From NARA’s description at the 150th anniversary of the digitization of these records, we find the following:

Researchers may be surprised to find that the USCT military service records hold not only muster rolls but also a huge array of personal papers that can include enlistment papers, correspondence, orders, prisoner-of-war memorandums, casualty reports, and final statements.

Starting in October 1863, slave owners could enlist their slaves and receive up to $300 upon filing a “manumission” or deed of ownership.

Unique to some of the records of the USCT are these deeds of manumission and bills of sale. For genealogists, these records may offer the only source of documentation of an enslaved ancestor in the absence of other vital records.

Below, I share some of the personal papers included within the USCT service records. These two documents will tell you that “other” papers exist: 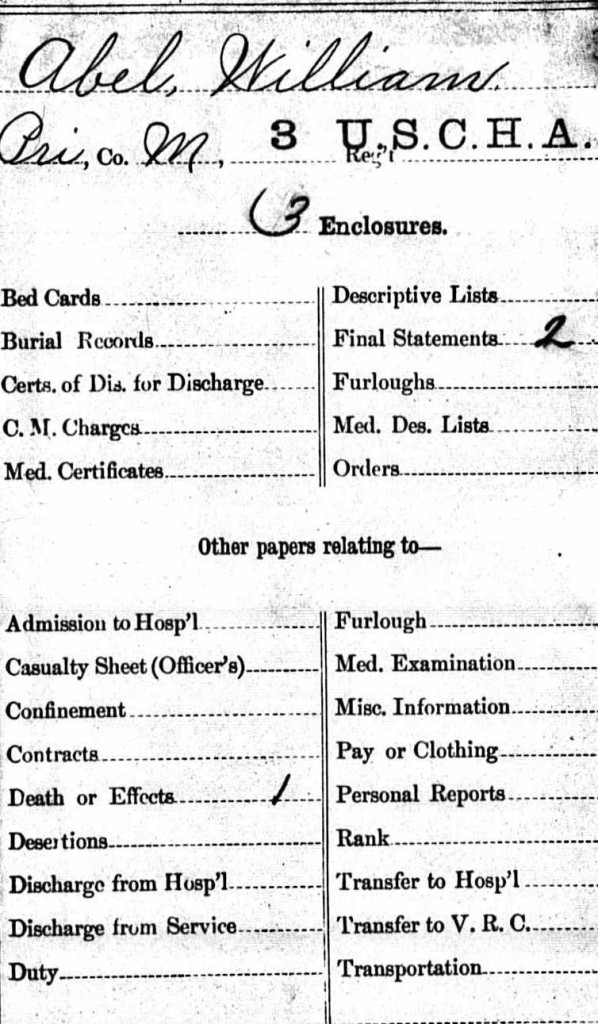 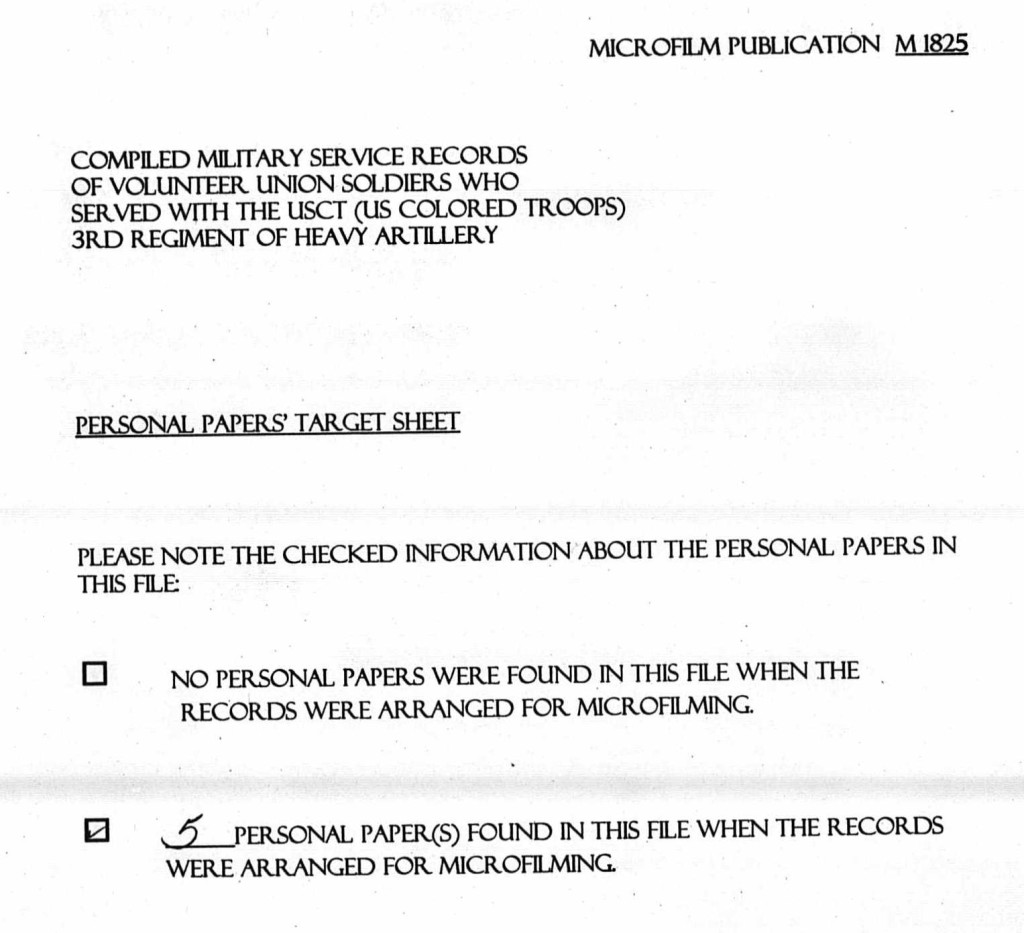 In the four border states of Maryland, Kentucky, Delaware and Missouri, slaves could enlist with their owner’s permission.

They earned their freedom and their owners were compensated. Be sure if your enslaved ancestor was in one of those states, you check the the Slave Compensation Claims available at the National Archives.

For men who joined under those conditions, there will be documents indicating the slaveowner’s claim, title and loyalty. The file may also contain the manumission document: 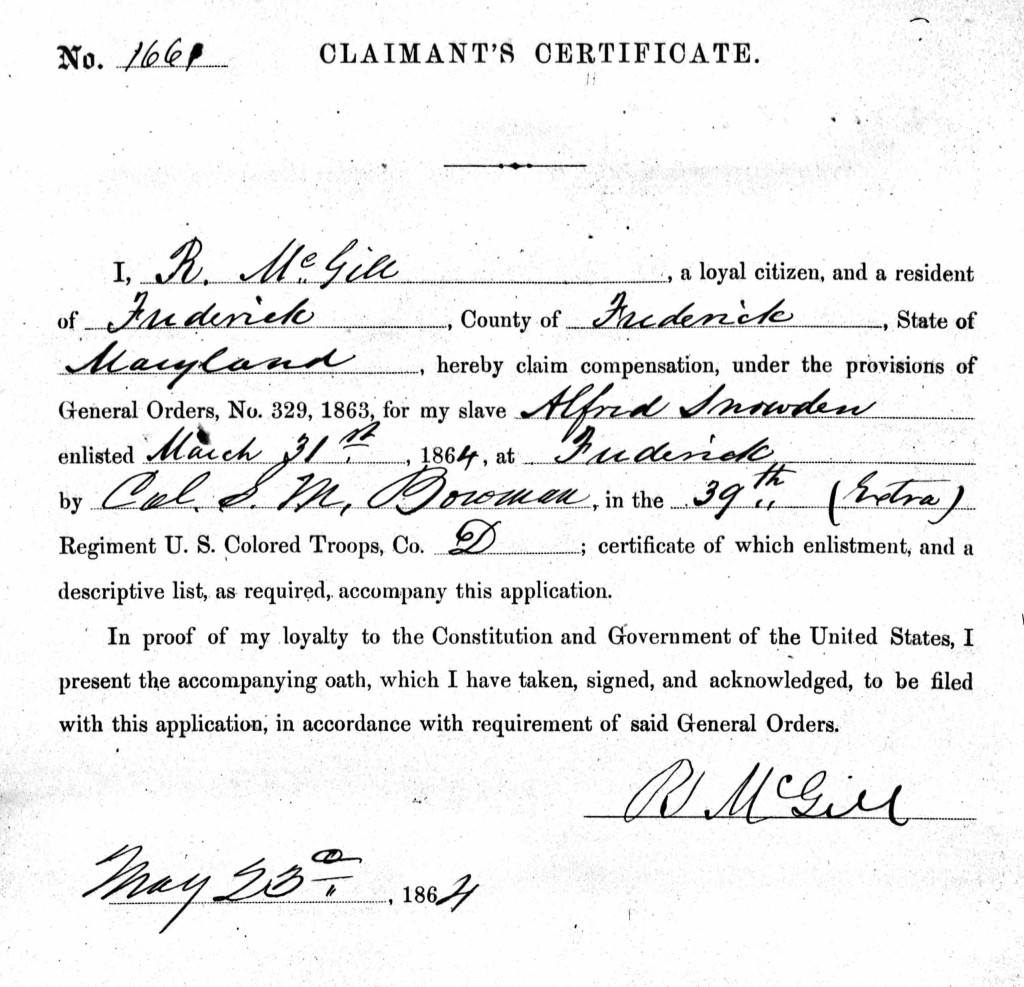 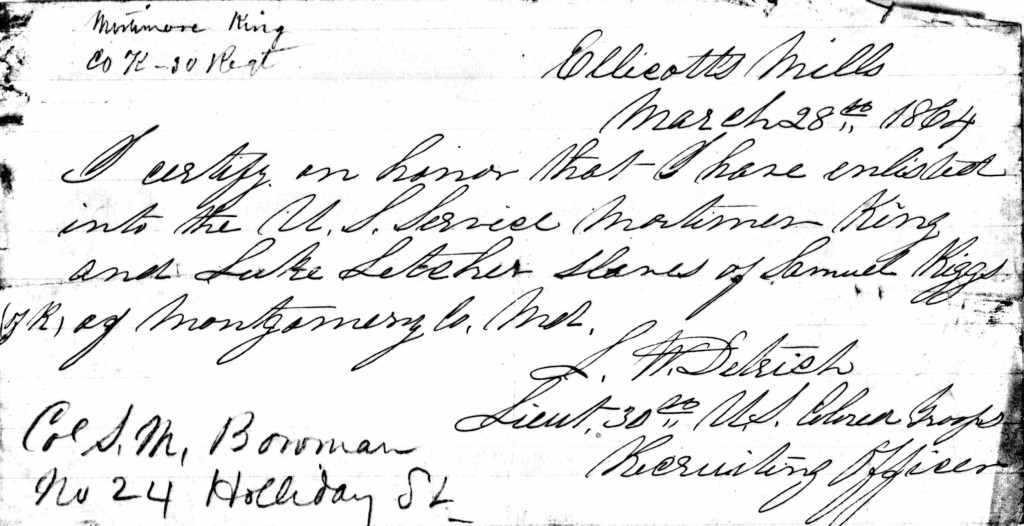 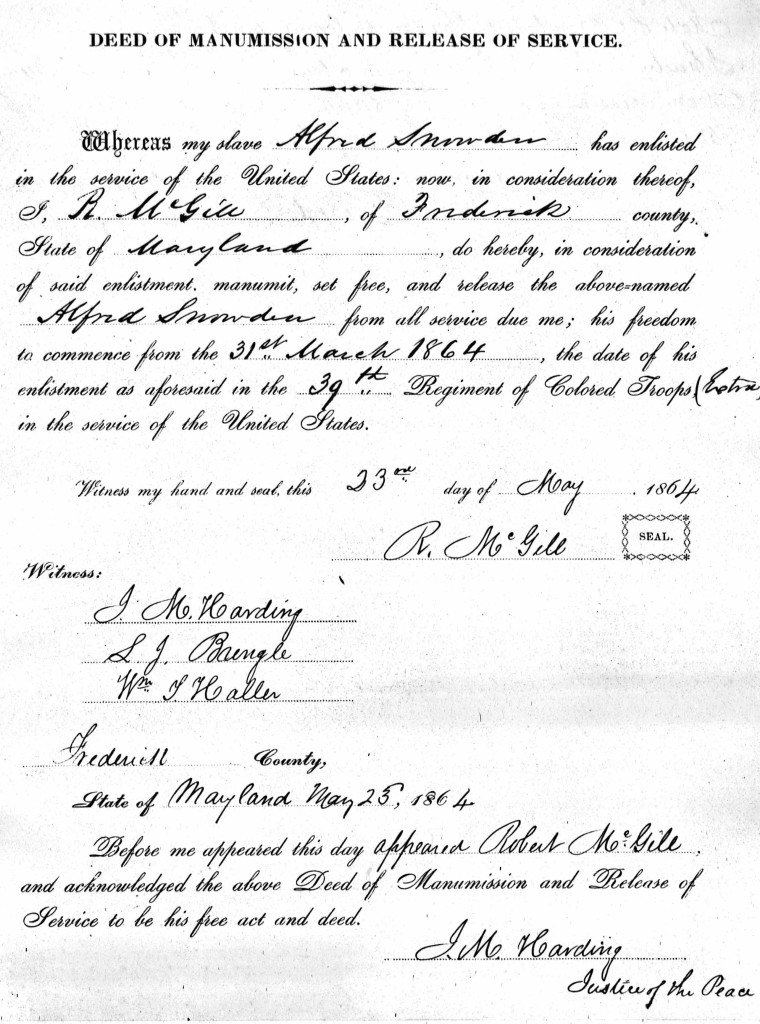 When soldiers died in the service, some files included death certificates and other statements about their death: 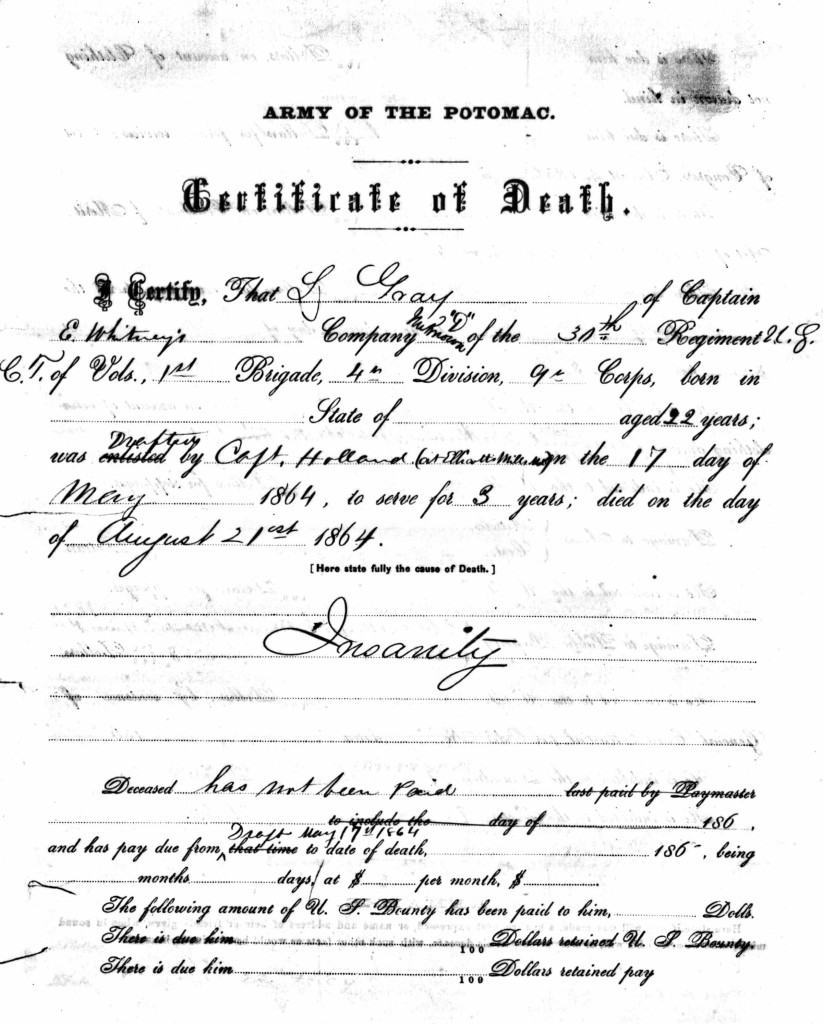 The cards created during hospital stays can provide a valuable contact name in the area for “PO address of wife or nearest relative:” 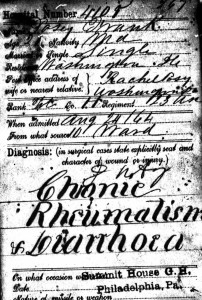 Some files indicate that the person was a substitute, although the other person’s identity is rarely stated.

A whole industry of people willing to enlist for pay arose, stoking class conflict since only those with money had that luxury:

Sometimes the “remarks” on the bottom of cards will mention whether a person was “free” or “slave.”

My favorite document is the volunteer enlistment. If I had a direct ancestor who served, I would have this framed and up on the wall: 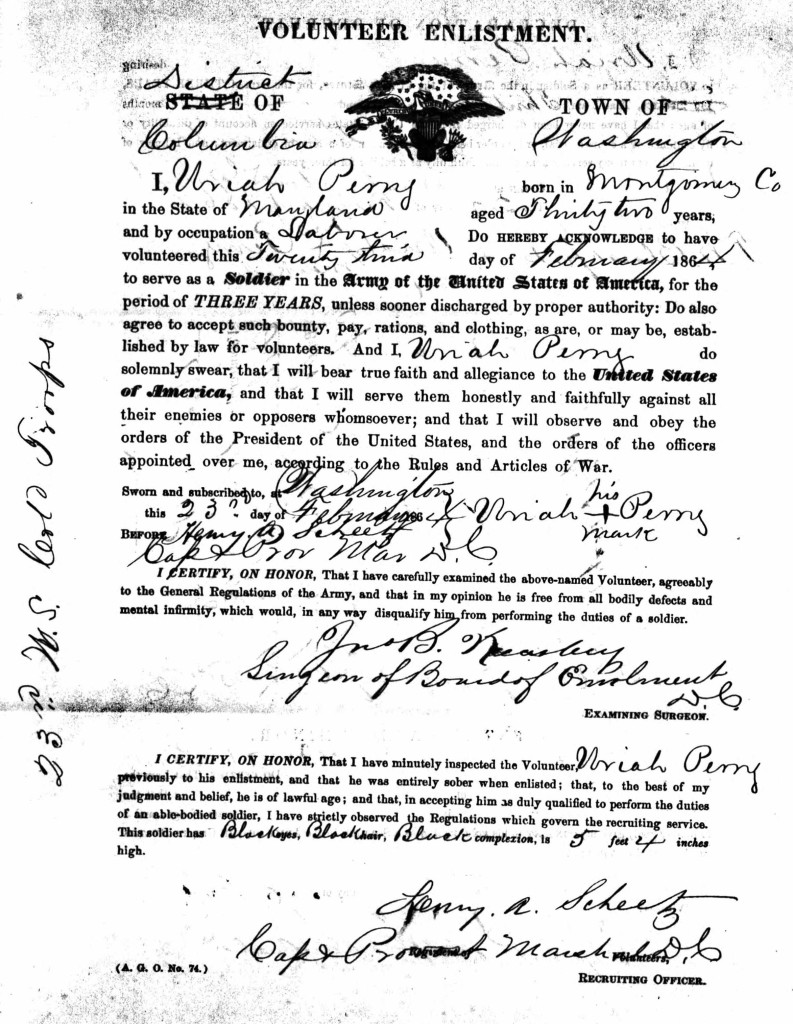 Many former soldiers opened accounts at the Freedman’s Bank, so be sure to cross-reference the soldiers you find with the Freedmans Bank database: 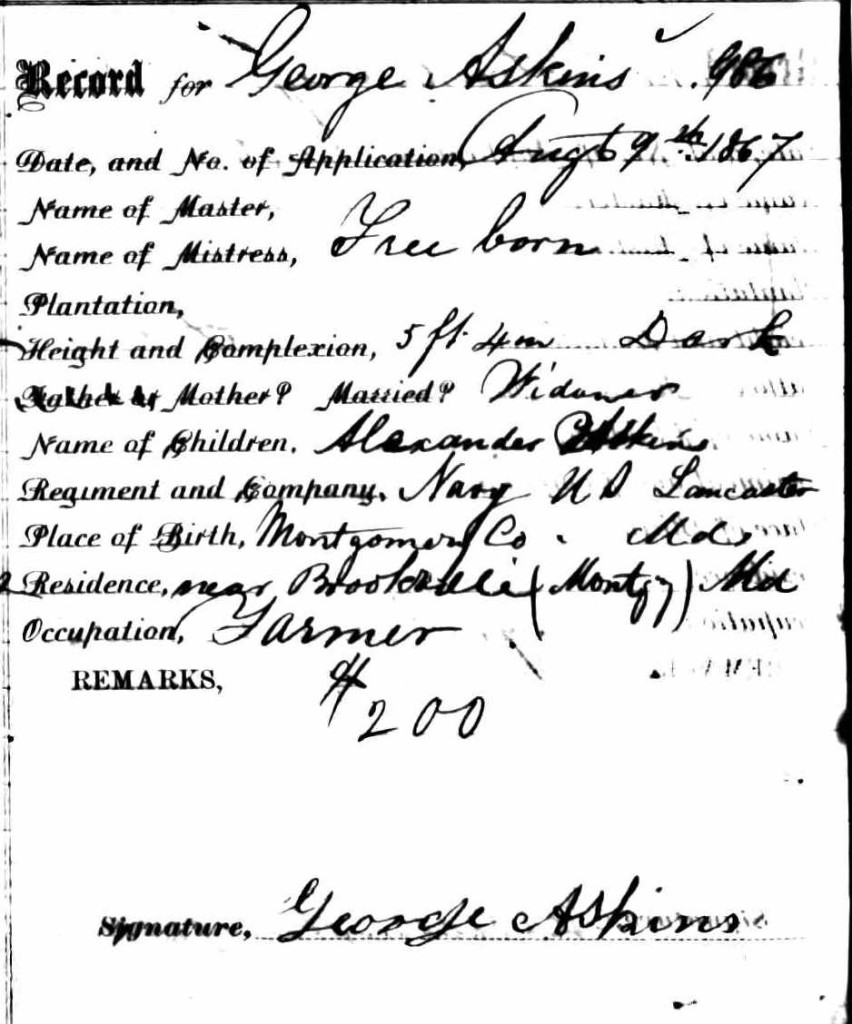 There are many more interesting documents in service records, such as medical examinations, discipline, inventories, letters, etc.

Go back through your research and see what discoveries you can make by searching for other soldiers in the same community. I’d love to hear in the comments what you’ve found.

Also, visit the website of the African-American Civil War Memorial and Museum.