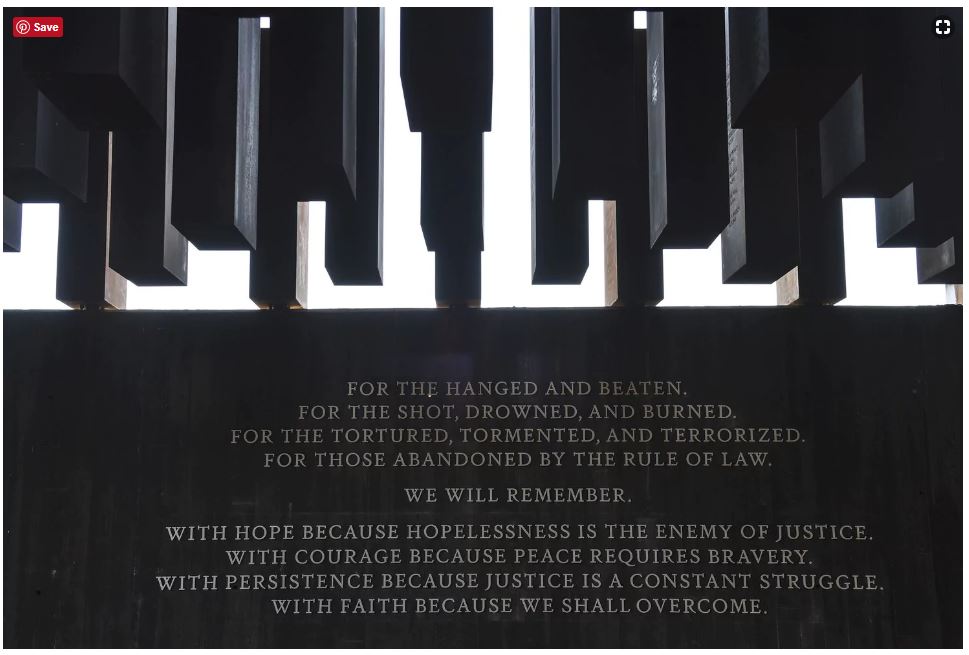 I never thought I’d see this in my lifetime.

A memorial and museum dedicated to remembering the over 4,000 victims of lynching.

The new museum is located in Montgomery, Alabama, and I was moved to tears when reading about the history of the memorial’s creation. Lynching is a history that most African-Americans know all too well.

What is less known by other Americans is a few other important facts:

The brave Ida B. Wells, the journalist who published, lectured and exposed lynching ( at the risk of almost being lynched herself) provided a sobering example in her famous 1909 speech against lynching that everyone should read:

The Springfield, Illinois, mob rioted for two days, the militia of the entire state was called out, two men were lynched, hundreds of people driven from their homes, all because a white woman said a Negro assaulted her. A mad mob went to the jail, tried to lynch the victim of her charge and, not being able to find him, proceeded to pillage and burn the town and to lynch two innocent men. Later, after the police had found that the woman’s charge was false, she published a retraction, the indictment was dismissed and the intended victim discharged. But the lynched victims were dead. Hundreds were homeless and Illinois was disgraced.

In the vast majority of lynchings, local law enforcement were complicit. The lynchers most often did not wear masks so the community knew exactly who participated. Despite this fact, most lynchers were never punished or even charged.

And that leads us to the most important fact about lynching that I think is not well understood:

Lynching was not primarily about its victims. It was about spreading the ideology of white supremacy by using terror to keep the black population from achieving social, economic and political equality. It had its roots in the institution of slavery.

If it were about simply murder, lynchers could have simply shot the victims and buried them. But that is not what happened in the vast majority of cases. They were made into spectacle. Lynchings were done publicly, sometimes in a public square, the victim held up high so that everyone could see what would happen to those who “stepped out of line.”

And consider the fact that this all happened through my parent’s generation. This is in the lived memory of Americans today. That point must not be lost.

I plan to visit this memorial, and sadly I have an ancestor, George W. Holt, who was lynched on 30 April 1887 in Hardin County, Tennessee. I will visit for him and all the untold thousands whose identity were unknown.

Thank you, Equal Justice Initiative, for building this timely memorial. If you don’t know the song, listen here to Billie Holiday’s haunting song ‘Strange Fruit’, which was written about lynchings. 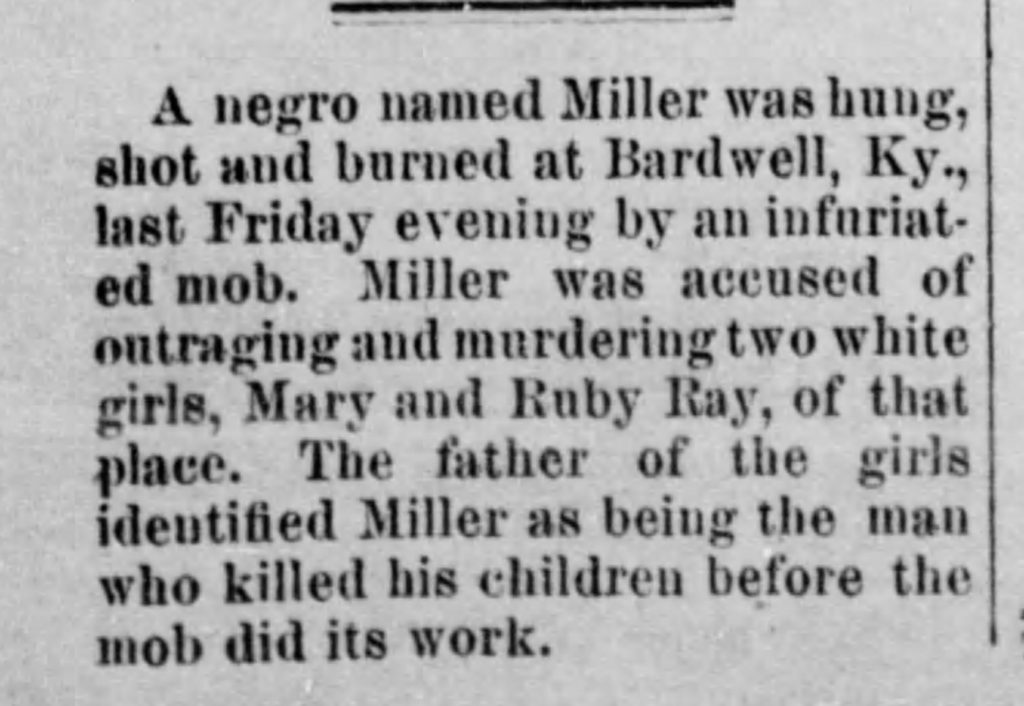 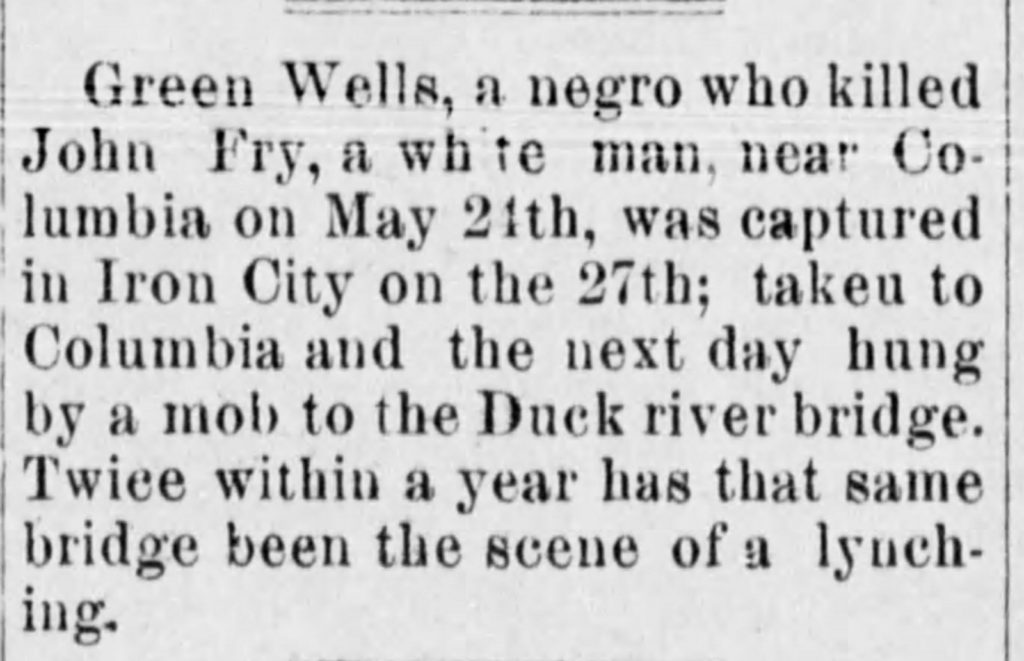 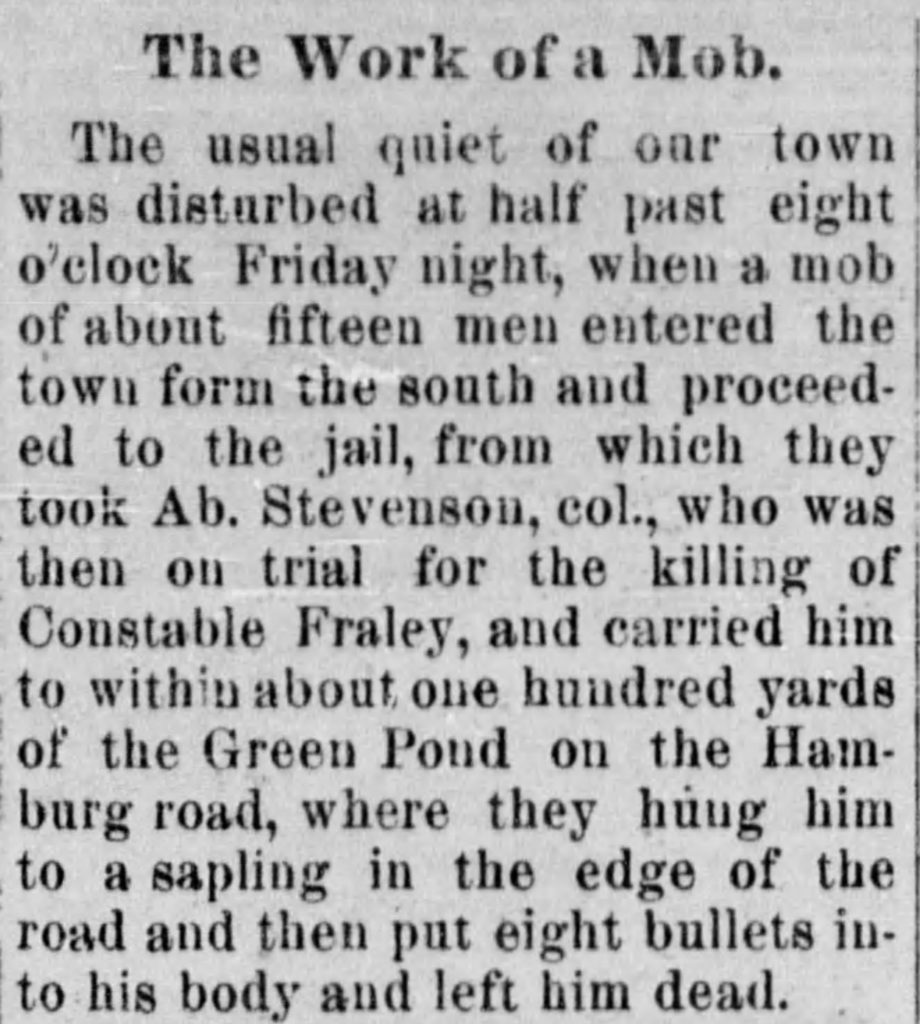 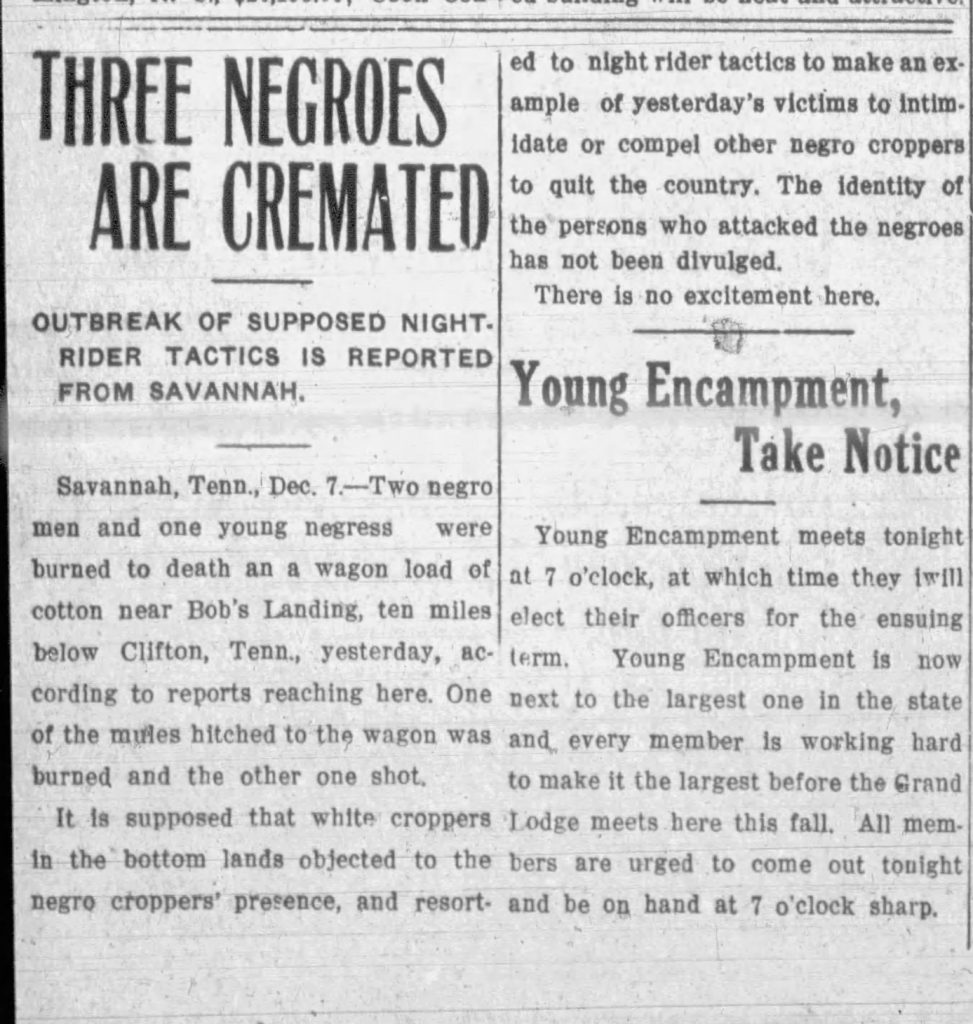