Shaky Leaves and the Importance of Thoroughness 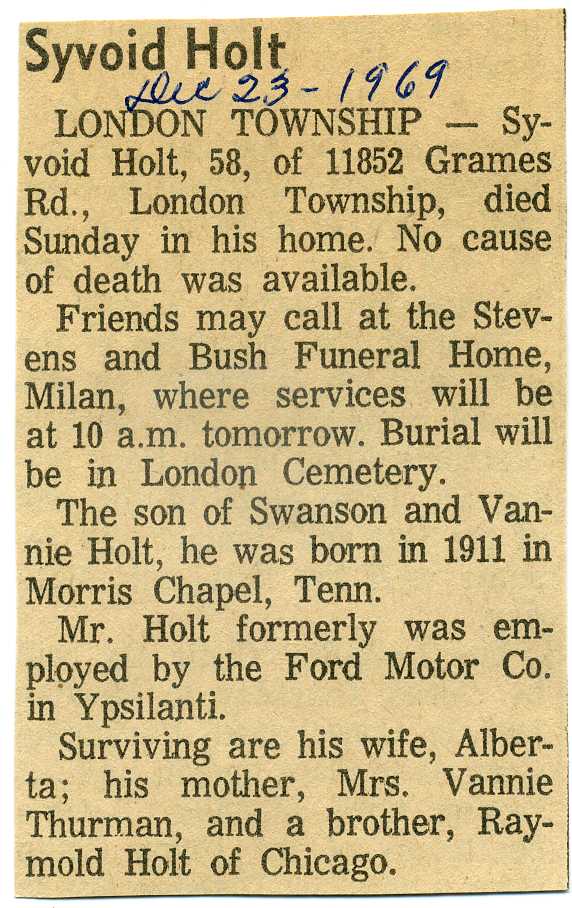 Earlier this week, I found a leaf for Syvoid Holt, a collateral ancestor. The leaf linked to an outside website: the Monroe County [Michigan] Historical Museum. Syvoid Holt, along with other relatives, migrated from Tennessee to Michigan to work for the Ford Motor Co.. They settled in Detroit and its suburbs. 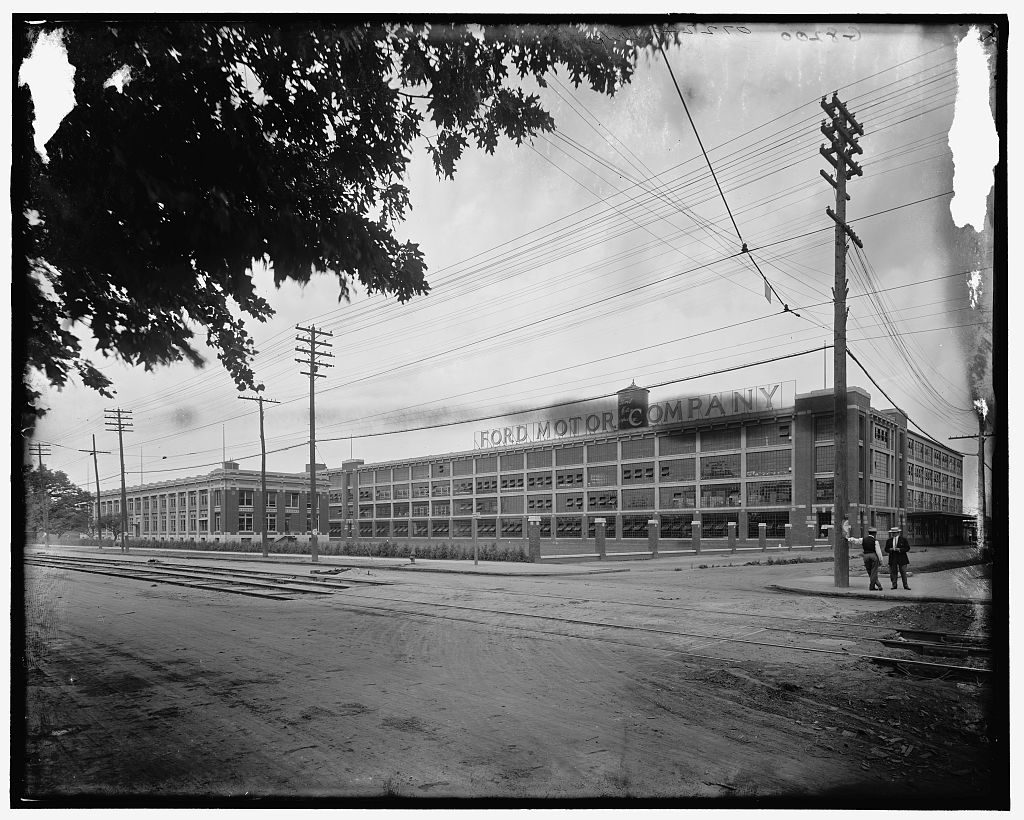 The Museum website has an obituary database (screams of glee). Upon request, they will email an obituary found in their database  for $1. What’s notable here is that I already knew who Syvoid’s parent’s were, his siblings, when and where he died, who he married and the names of his children.

But my philosophy is to order any and all original records related to my ancestors. His obituary heads this post.

What I did not realize until I saw this is that I had never been able to locate the death certificate for his mother Vannie. I expected to find it in Tennessee or Michigan but had no luck. This obituary revealed that Vannie married a man surnamed Thurman and was alive as recently as 1969.

Later, I found that Vannie married before Thurman to a man named Dan Cathey. Dan died the year after their marriage. That revelation enabled me to find this on Find-A-Grave: Vannie is buried in the same cemetery as her two sons, a daughter-in-law, and a grandson.

Syvoid’s obituary contained the key to unlocking the mystery of where and when his mother Vannie died. If I had dismissed this document because I already knew a lot of information about Syvoid, I wouldn’t have found this.This example also shows the value in the many other useful websites around the web. Don’t restrict yourself to just Ancestry.

Aim to be thorough in your research, and you will be rewarded time and time again. You never know what you’ll find in a document until you look at it. Shakey leaves rock!

P.S.–Of course, I ordered the death certificate for Vannie Thurman from Michigan Vital Records. At $34 a pop (ouch!) Michigan has the highest fee for records I’ve seen yet. I need more of my people to have died in Tennessee;)