Census records form much of the foundation of our research. I have written many posts trying to emphasize that we have to go back and read the census. Its critical we learn about the communities where our ancestors lived.

We have to know the typical pitfalls of census research. We have to learn how to use all of the other columns of information we often overlook. Finally, we need to study how to put all the information together to draw conclusions.

And of course, I post frequently about various aspects of slave research. But nothing brings those two topics together like this! Sometimes, census takers that do not follow the instructions deliver to us gifts.

Below is the 1870 census for Henry Kennedy in Lawrence County, Tennessee. If you were a diligent researcher, reading all the census columns would have told you that Henry’s occupation was…

“farming for his old mistress” 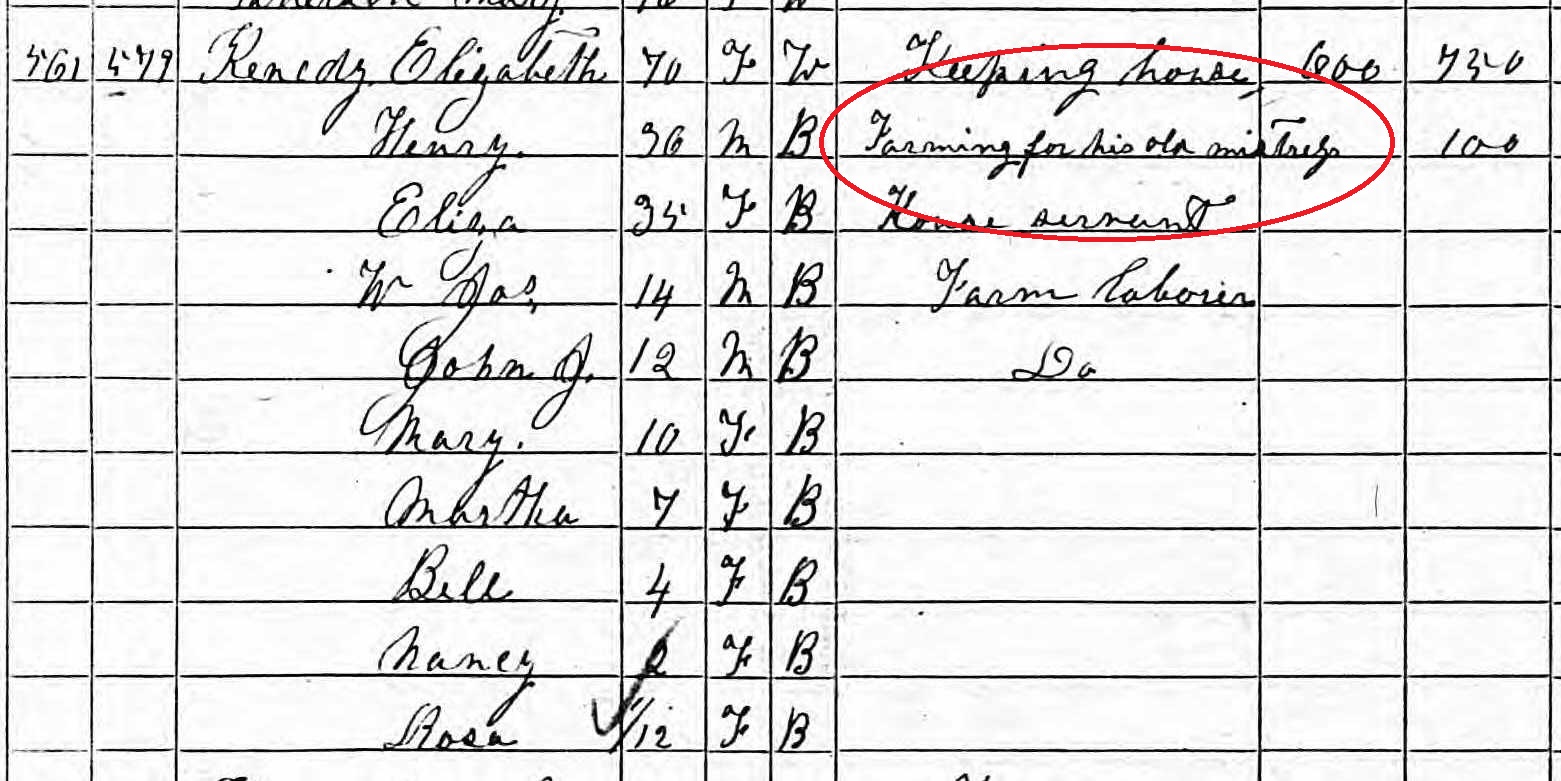 In all these years, I’ve never seen that: confirmation (essentially) of a former owner in a census!

If the census did not contain that note, the fact that Henry lived with Elizabeth Kennedy in 1870 (and shared her same surname) would already have been powerful clues. Now, we’d want to research Elizabeth Kennedy’s history to see in what other kinds of records Henry may be found.

We never know what awaits us, even in the most uncommon places. Always read all of the census.