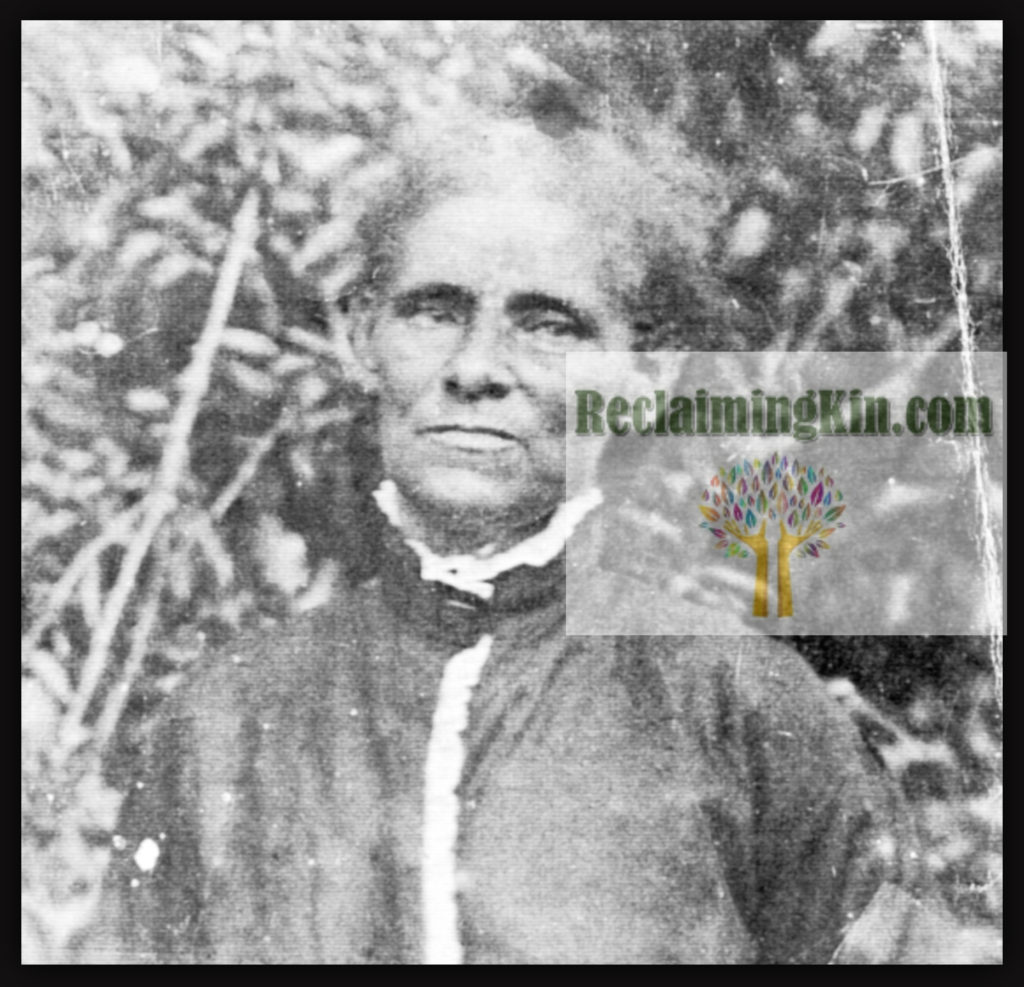 Finding the Garrard slaveowner for my great-grandmother Mary Garrett is a fascinating case for study. She married John Wesley Holt and they settled in Hardin County, TN and raised a large family.

Mason and Rachel Garrett were easily found in the 1870 and 1880 Decatur County, TN census records.

However, the usual strategies for locating their former slaveowner were unsuccessful. Censuses indicate Mason was born in Kentucky and his wife was born in South Carolina.

They were also both quite old by 1870. Mason’s 70-year old age in that year placed his birthdate around 1800. However, other documents suggest that he was older than that and likely born in the late 1700s. 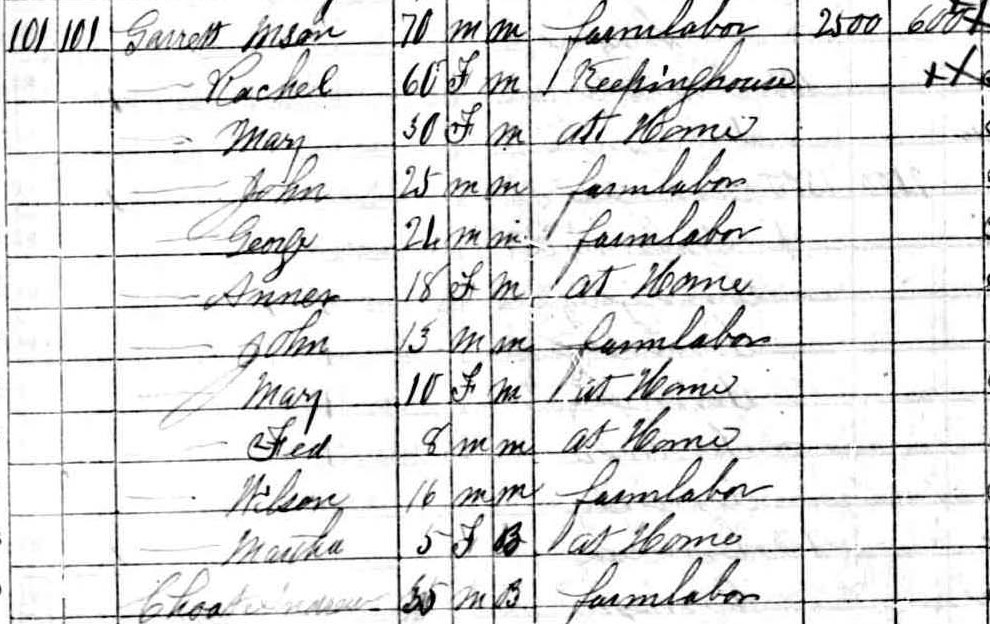 In 2010, I lucked upon a court case while at a local courthouse that included testimony from Mason and Rachel. I say luck (or perhaps the spirits guiding?) because I was not looking for them at the time.

The court case was NC Davis vs John A. Smith, et al. An index named every person in the historic chancery court records.

That index is where I found the names of Mason and Rachel. I had no way of knowing how much of my family history this one case would uncover.

The case contained over 100 pages of court papers  with documents from at least three states. The court case described Mason and Rachel’s lives on the property called Bath Springs in Decatur County and the circumstances of its various owners.

Mason and Rachel’s former owner was Thomas Jeff Johnson. He died about 1854. The file included a copy of Thomas Johnson’s will and inventory which was probated 20 March 1854.

Thomas’ enslaved property then passed his brother, William Johnson. William was then himself killed by “guerillas” in Decatur County in 1863 or 64 during the Civil War.

That explained why I could not find any owner in 1870. Researchers often forget that an owner dying before 1870 is one of the reasons why we may not be able to identify the owner.

The court case continued to deliver gems: testimony revealed that Thomas Johnson got the slaves from his wife and stepfather!

Recently, I have peeled back another layer of this onion. Researching family trees at Ancestry.com gave me a prospective family for Thomas Jeff Johnson.

Thomas married a Kentucky woman named Sarah Garrard. She hailed from a well-documented family, likely due to James Garrard, who served as Governor in the late 18th century.

Remember, my ancestor Mason was born in Kentucky. This had to be the likely genesis of the family surname. Garrett really started out as Garrard.

Using Google, I discovered a book titled, James Welborn of Muhlenberg County, Kentucky and His Descendants, by Gail Jackson Miller.

The footnotes in it led me to the author’s sources. I ordered Family History Center microfilm and began to find the original sources for myself.

If Thomas Johnson’s slaves came from his wife Sarah, it made sense to start the search for Mason and Rachel with William W. Garrard, Sarah’s father. He was from Muhlenberg County, Kentucky.

William migrated to Lauderdale County, Alabama and later to Hardin County, Tennessee. He died in Hardin County before 1851. No known estate inventory survives. 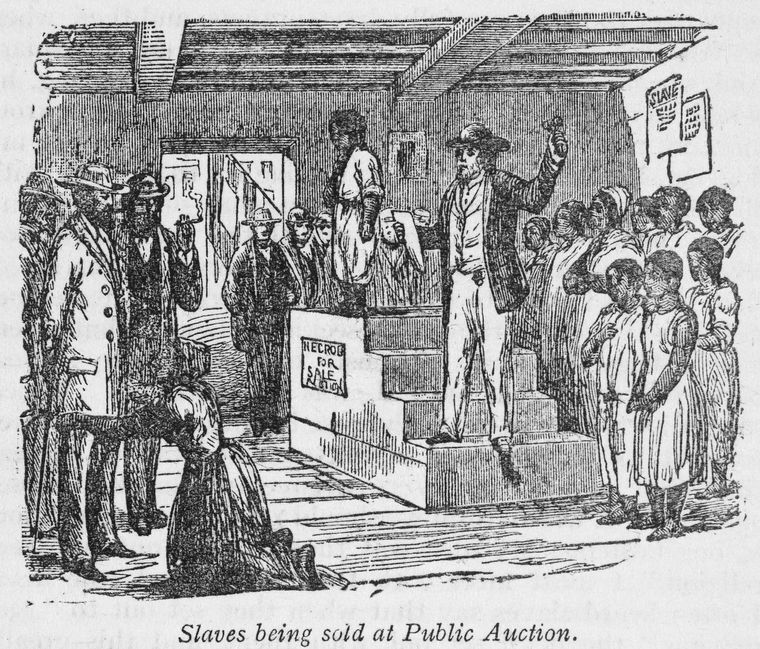 The author’s footnotes led me to something even more valuable. William W. Garrard mortgaged his slaves in June 1838 while in Alabama:

This was valuable because it included the important phrases, “…and her children” as well as “and his wife.”

Relationships for enslaved people are difficult to find. (Notice that even at age 45, Cyrus is still called a boy.)

When William Garrard came to Hardin County, he generated more deed records. Two in 1850 named more of his enslaved property. After his death, the estate sold some of his land to pay debts. The estate also sold some slaves:

5/8/1850-Power of Attorney to Telemachus Jones to recover slaves in possession of Harrison Stephens of Hardin County… they were purchased from Thomas Lassiter as trustee of William W. Garrard: Rachel, 22 and her son Clayton, Yellow Rachel, abt 22 and her children Alexander, 5, Mary, 8, Franklin, 3, Ellen and Lucy.

The deeds describe one Rachel as  “black” and the other as “yellow.” (This is a reference to color). These three deeds together effectively identify the children of both Rachels up to that point.

However, notice the widely varying ages for both Rachels and their children. It is especially egregious in the 1850 deeds. They almost seem to be guessing at their ages.

By the 1870 census, several of the children in the deeds are not living in or near Mason and Rachel’s household. This suggests some of their children were sold or died by that time.

Part of their family may still be in Lauderdale County, Alabama. I did find the “other” Rachel in Decatur County, Tennessee in 1870 using the surname Choat.

I need to research every deed transaction of William Garrard as well as his siblings. Along with deeds, I’ll continue researching in probate, court, census and tax records.

My goal is to paint the most accurate picture of Mason and Rachel and their family. They journeyed (with their owners) from Kentucky through Alabama and finally to Tennessee.

Some members of their family also show birthplaces in Alabama on the census. This matches the migration pattern of their slaveholders. Always notice and use census birthplaces.

Stay tuned for more on the Garrard family. I’m hot on their trail! (See the continuation of their saga in this post) 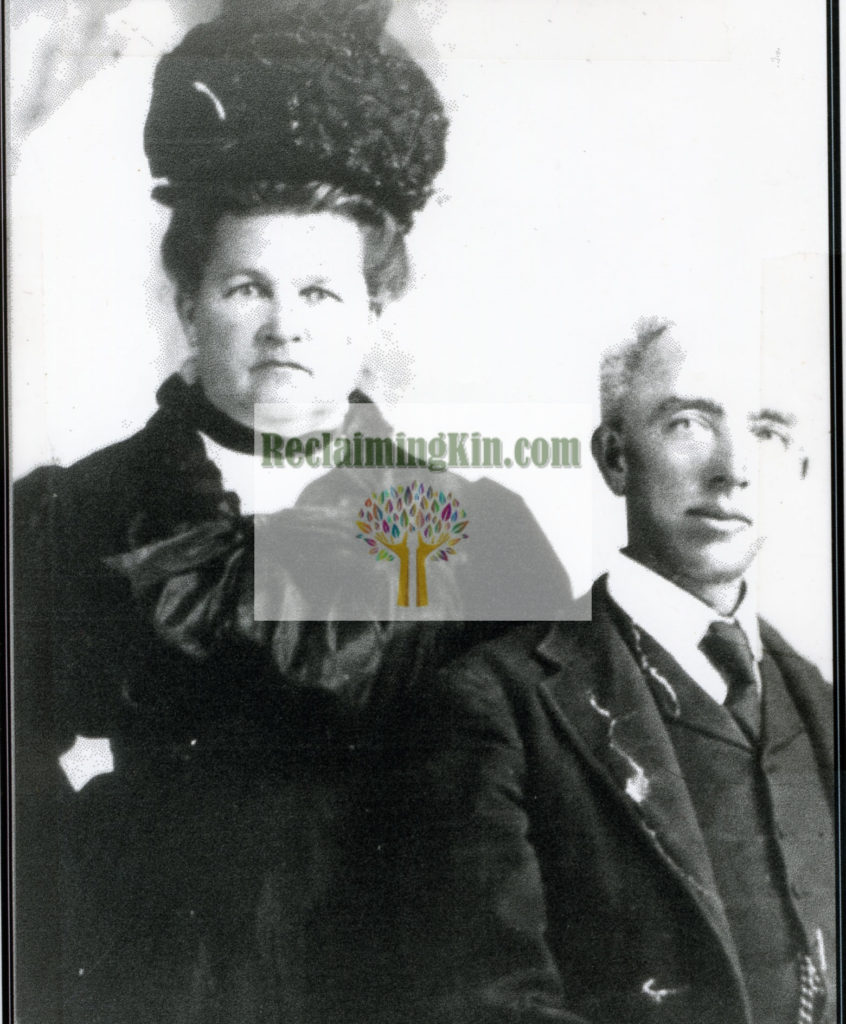