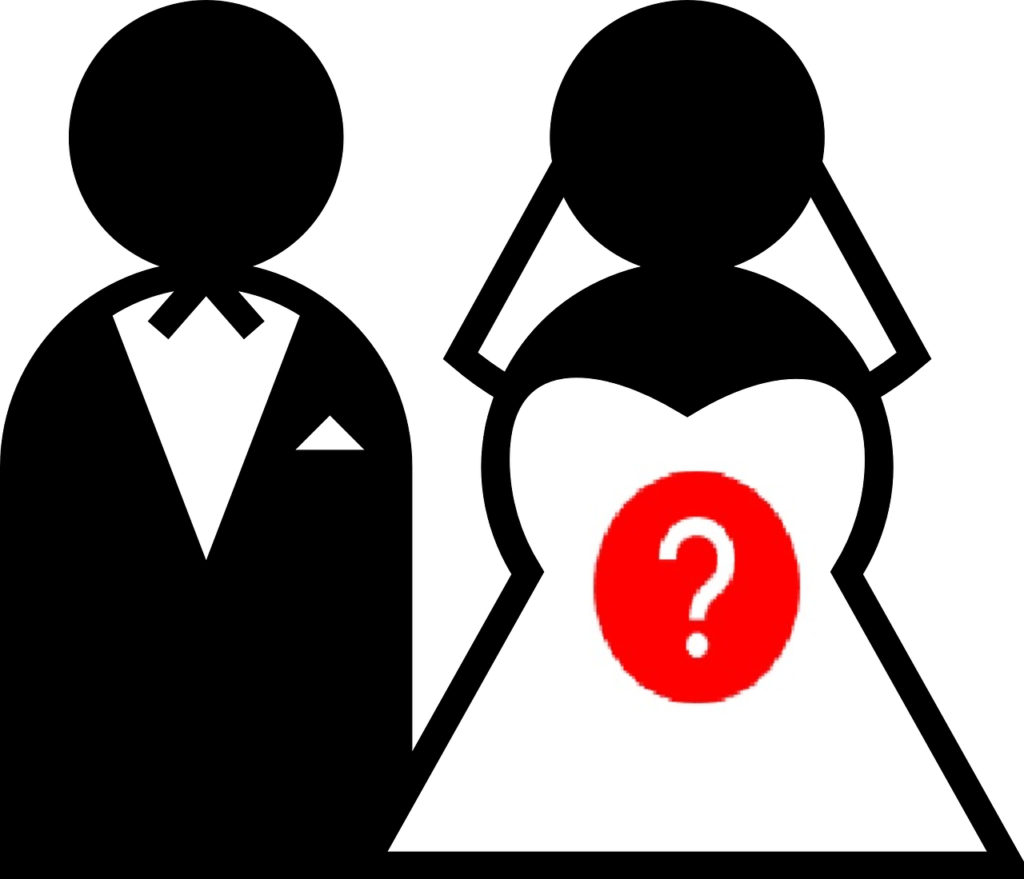 Finding the maiden names of wives is a problem all researchers will face sooner or later. When marriage records are missing there are several strategies we can use to uncover these names.

We can use the records of a couple’s children to uncover information about that couple. I have used this in every branch of my family. It is a particularly good strategy for uncovering maiden names of enslaved women who married during slavery. We frequently don’t have marriage records for enslaved people.

In the example below, we see Wesley Prather (misspelled) in 1870 with presumed wife Alice. Records for enslaved persons in this county were not extant: 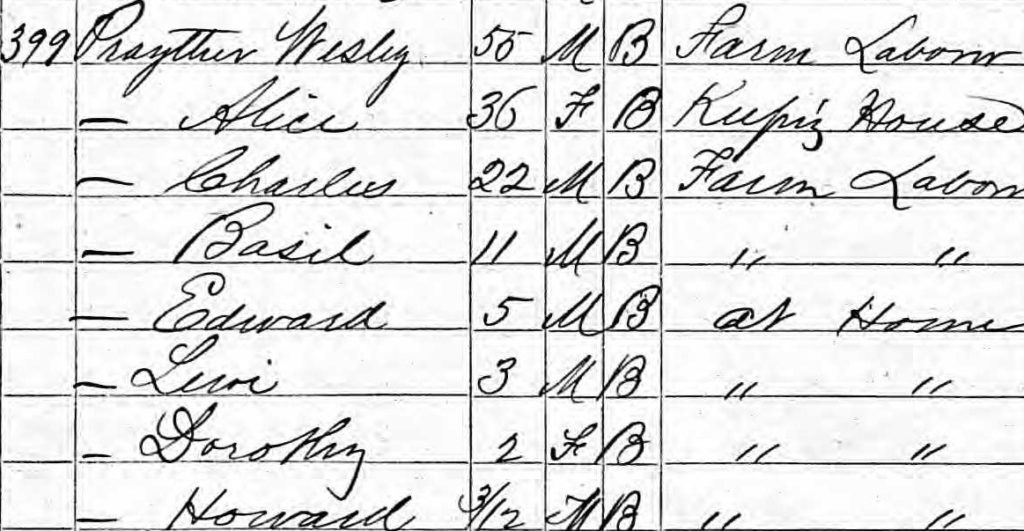 Fortunately, Wesley had many children, and the death certificates for several of those children call her Alice Dixon (one says Dickerson): 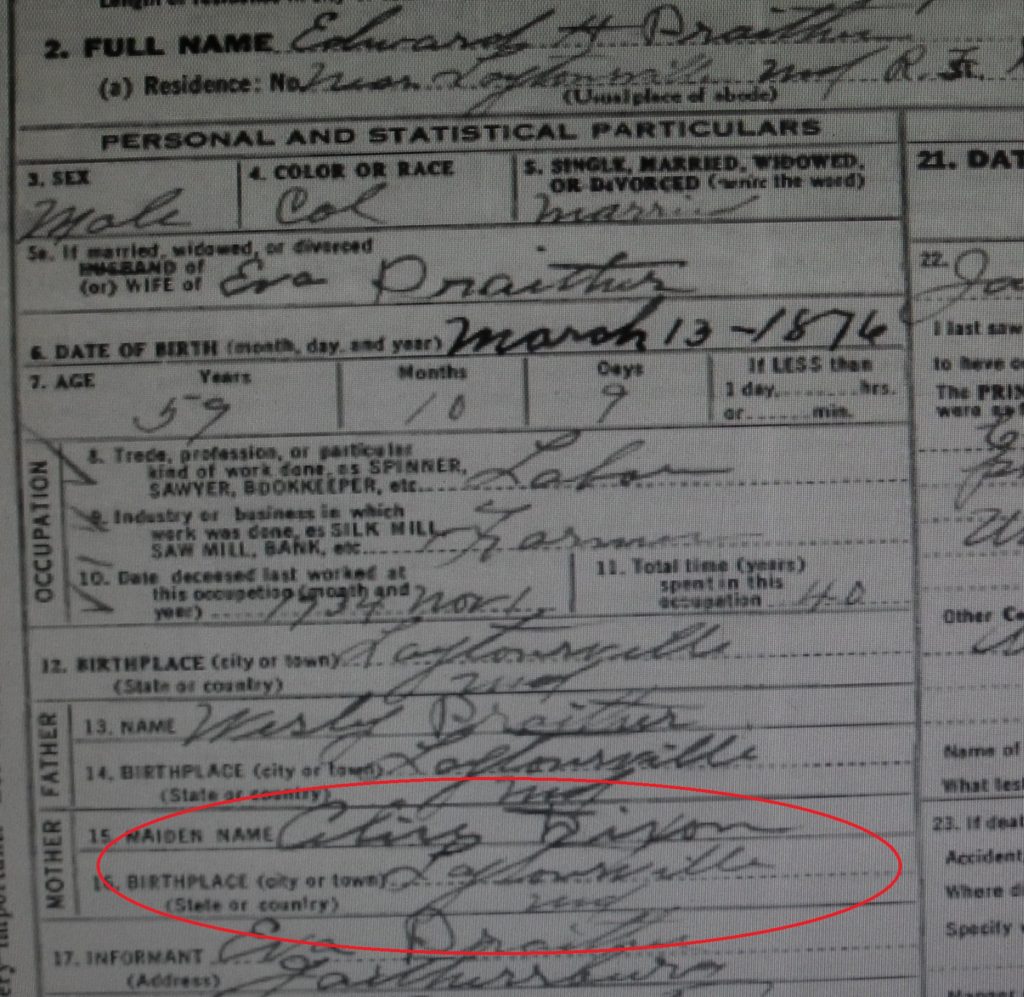 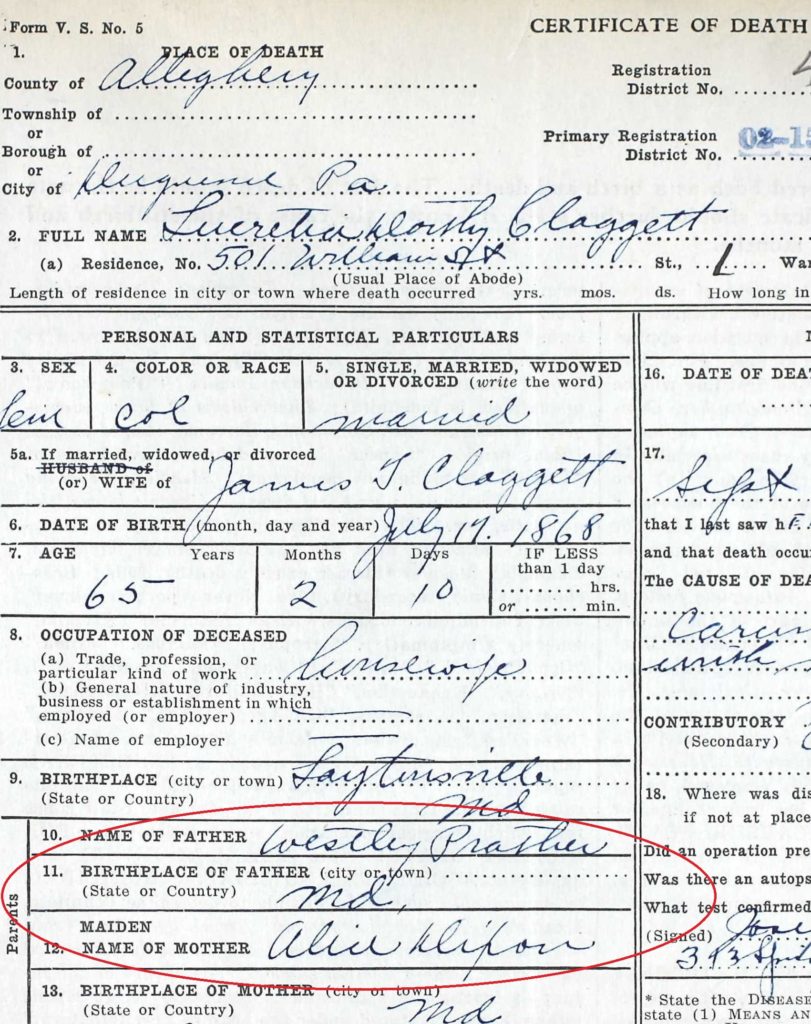 It goes without saying that the information on any source is only as good as the person who gave it. Death certificates can be especially tricky. And you’ll want to ensure this seems consistent with all the other sources you find.

This is my go-to strategy for finding a wife’s maiden name without a marriage record.

Of course, you can also follow the woman to her own death and cross your fingers that the informant may have known her parent’s names. That has also worked for me.

Unfortunately, especially for former slaves, people often died before the state’s certificates were commonplace. Or one exists, but the informant did not know the parent’s names.

This is one of my favorite unsung records, and I posted about the virtues of this long ago. Similar to the above strategy with death certificates, some locales required the parent’s names on marriage records.

You can see on William Claggett’s application below, he had to provide his mother’s maiden name: 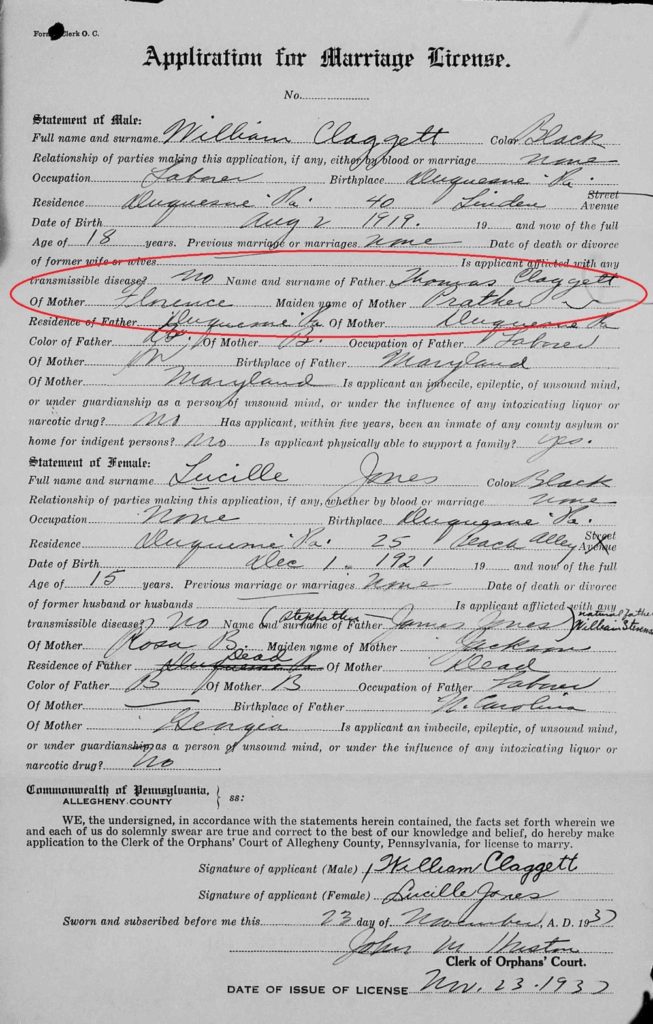 This source was the one that solved my 15+ year mystery of trying to identify the parents of my 2nd great-grandmother Matilda.

Another strategy is to find an obituary for the husband. That document might provide his wife’s maiden name. This also has proved very fruitful in my research, in multiple branches: 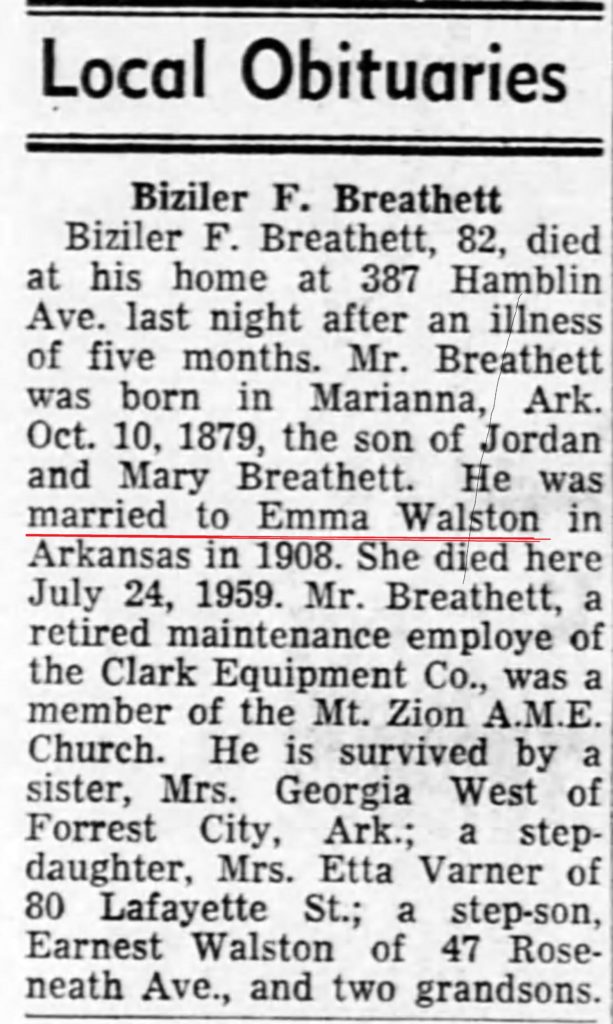 Obituaries have also worked in another way. By searching for a woman’s married name, one can sometimes find obituaries for her siblings, which can provide her maiden name by deduction.

So, for example, if I was searching for the maiden name of Mabel Brashers, I might find her brother Hertis Hayes’ obituary: 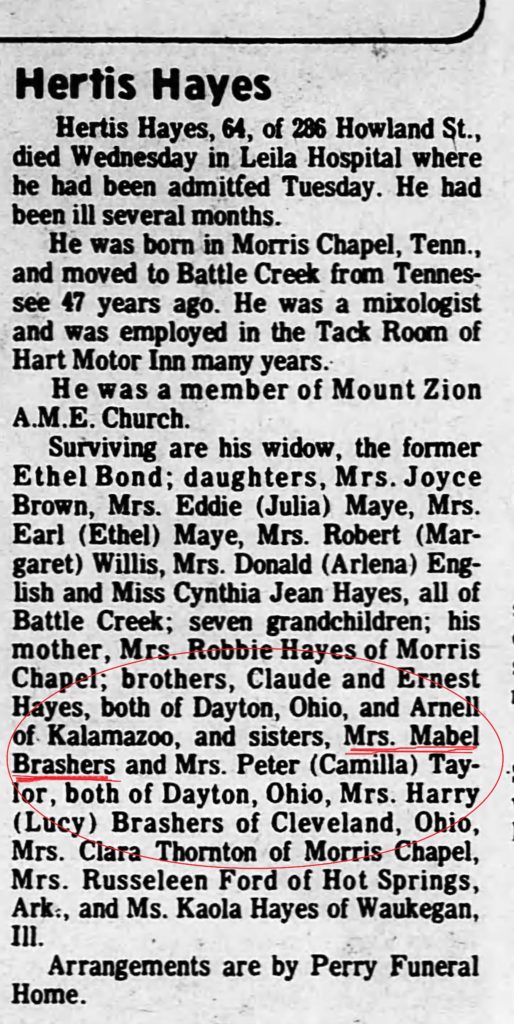 I don’t think that researchers are making enough use of obituaries. I’m not sure why, but they are a rich source that can effectively be mined for all kinds of genealogical gold.

Sometimes we forget that women also had social security cards.They can provide exactly what we need.

They have become increasingly hard to obtain because of new rules (I remember when they were $7 to get????). My great-grandmother Beatrice filled out her application with a teacher’s careful penmanship:

Ancestry also offers a Social Security Claims database, so you may be able to find the maiden name in that database. Just remember that it is a derivative source.

For another strategy, let’s turn to cemeteries, where a headstone might provide a wife’s maiden name and even the elusive marriage date itself: 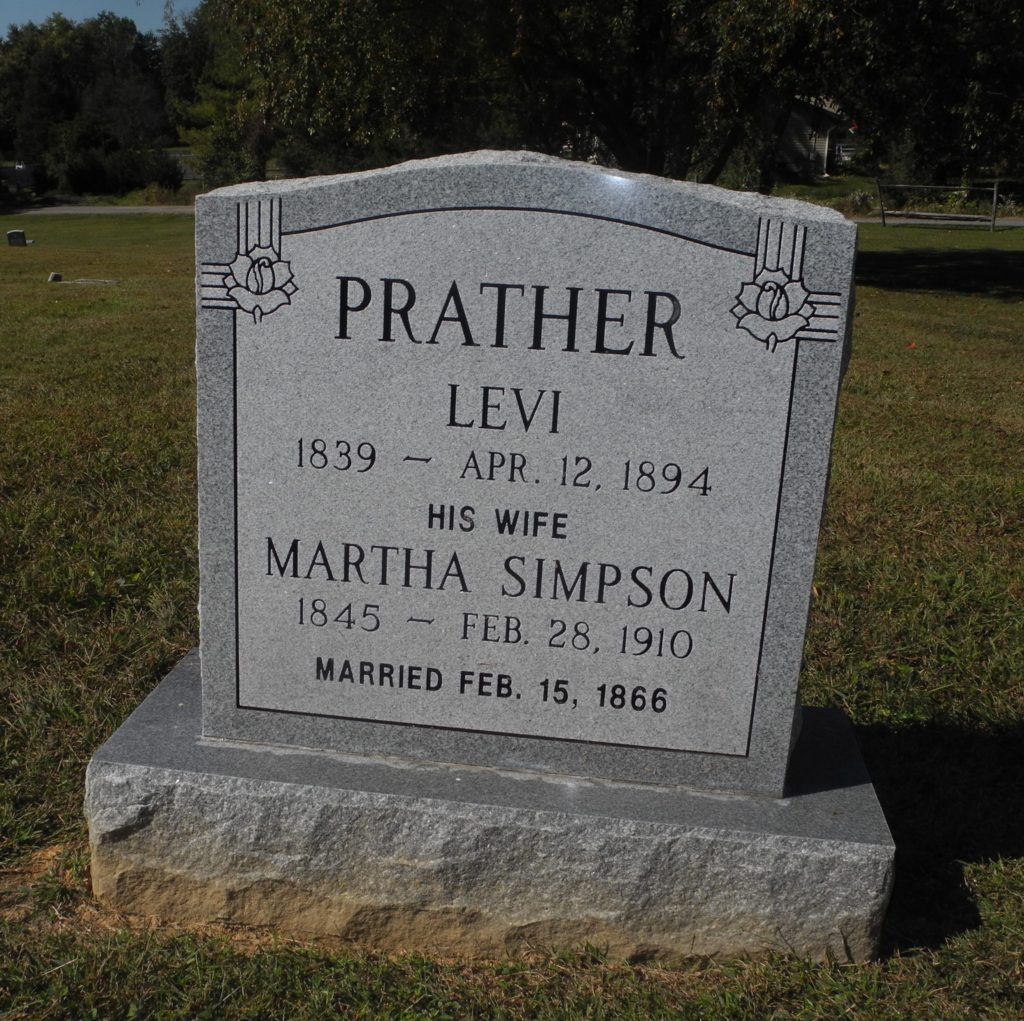 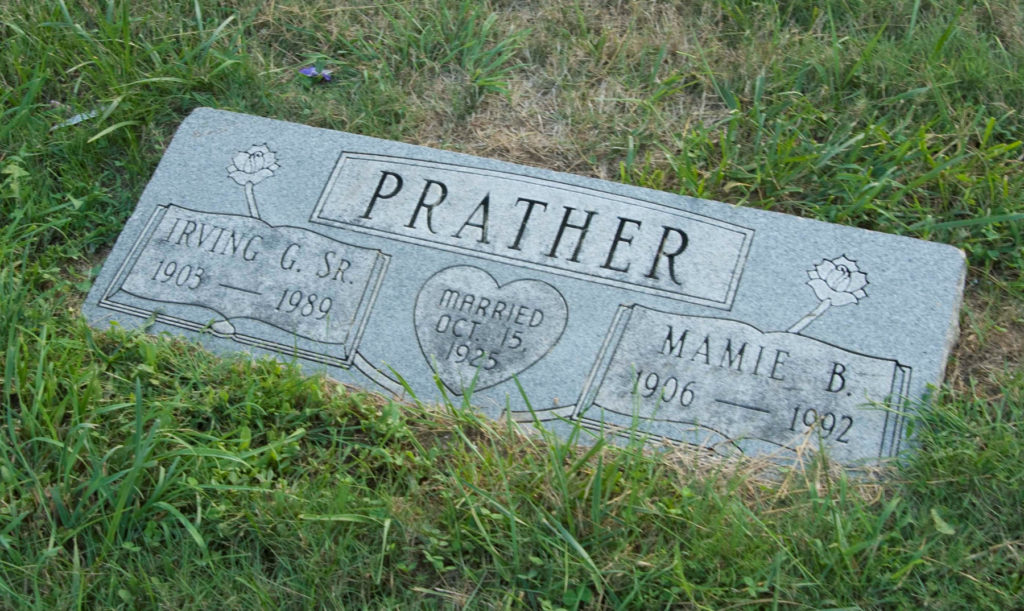 Also, using the cluster research strategy, nearby headstones have given me leads since people were often buried near their immediate family. Here we see Rosie Prather’s headstone right next to her husband Howard: 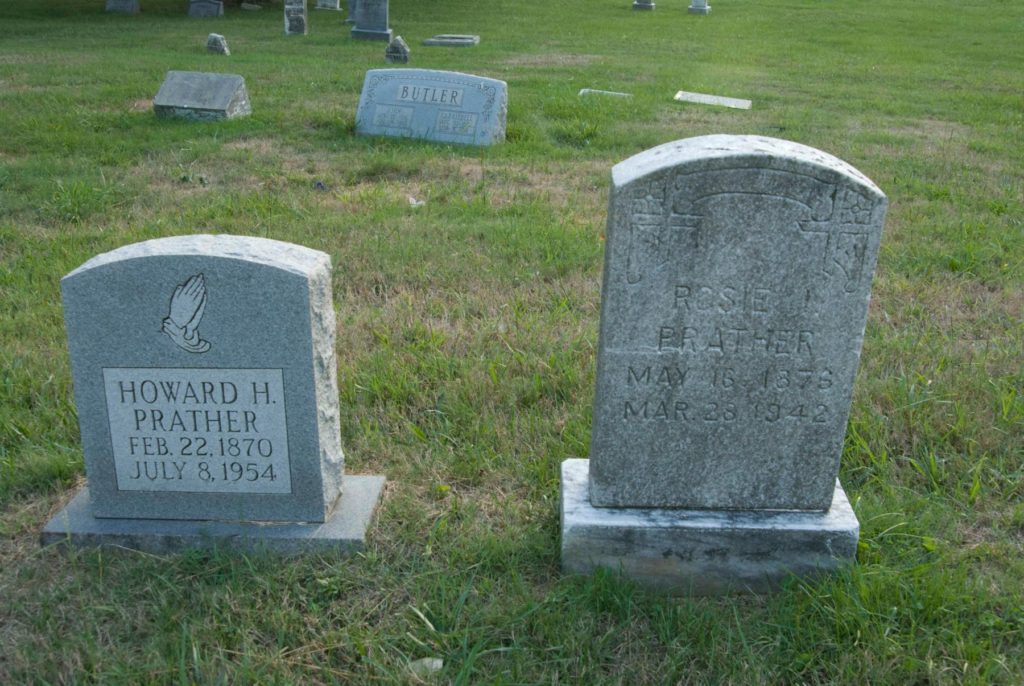 But if I didn’t know Rosie’s maiden name, the headstone on the other side of hers, for a man named Elijah Lancaster, would have given me a a big clue: 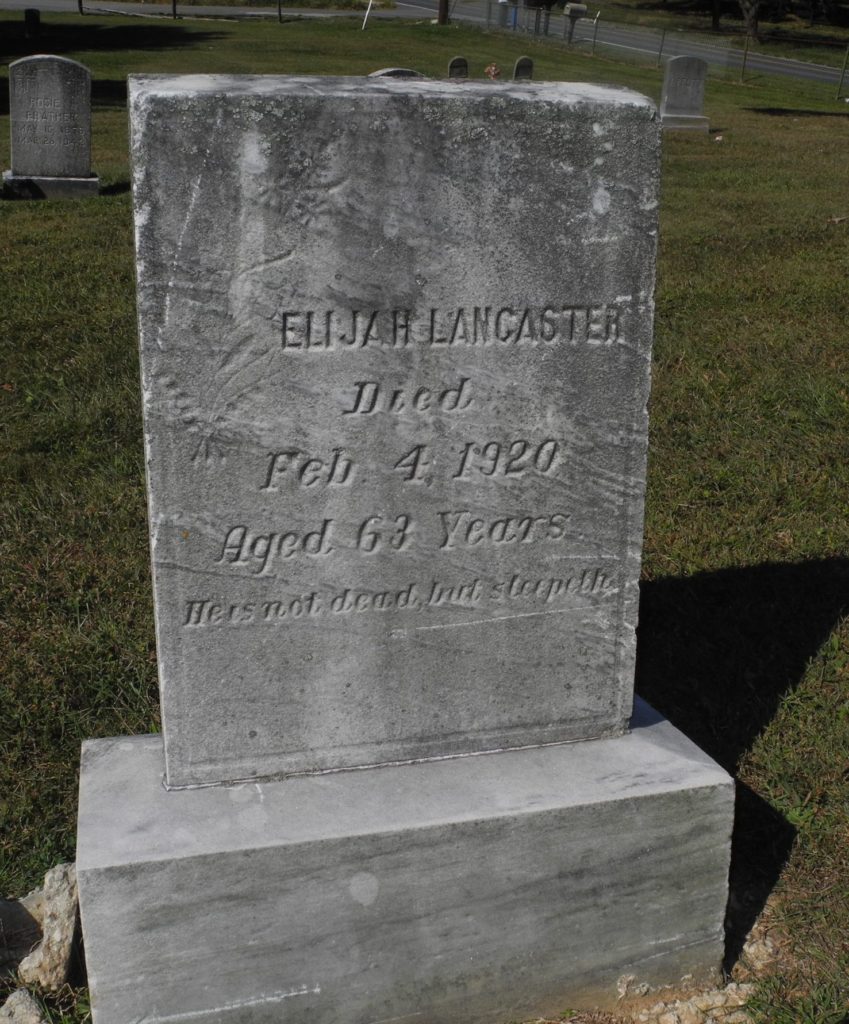 She was indeed the former Rosie Lancaster.

Be sure to search all surrounding counties and any nearby cities for marriages, even if the couple didn’t live there. I have lost track of how many of my ancestors married in a nearby county or city.

This includes nearby states, especially if they are near a county line. I couldn’t find my grandmother’s marriage record in Chester County, Tennessee, where she and my grandfather lived.

When I asked her why, she told me it was because they got married in Corinth (Mississippi that is.) If you look at a map it’s not far, but turns out lots of Tennessee folks got married there. 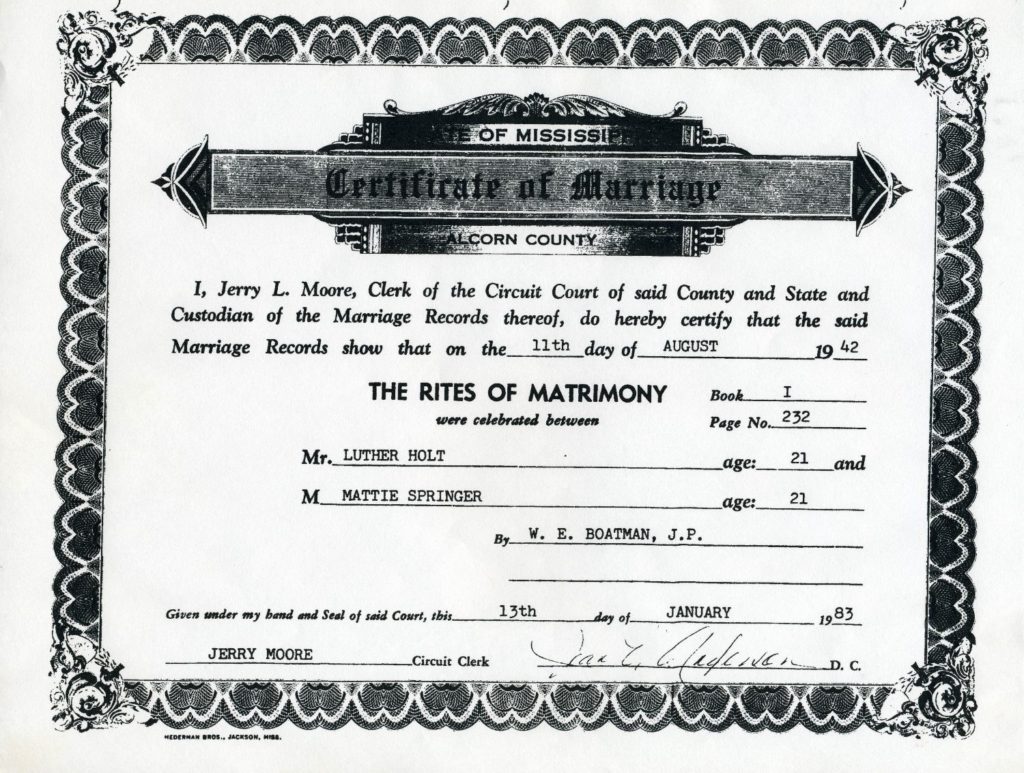 Also, watch out for multiple marriages. Lots of people married multiple times, and sometimes even if we find a marriage record it’s still not the women’s maiden name. Read my post on Lydia, who had me sideways to Sunday because of this! You’ll need to be mindful of that–especially with obituaries.

Be careful for out of wedlock births. These children may carry the surnames of their mother OR their father. This will be important if that child is a daughter who marries, so be careful about assuming the woman’s parents were married.

This is by no means an exhaustive list of ways to uncover the maiden name of a wife. Deed records, probate records,  court records and many others might provide a maiden name.

But perhaps this post has given you a few ideas you can try with your own research. I’d love to hear any other ideas from readers. What has worked for you?

My next post will be to tackle a related problem—how can we discover the name of a woman’s spouse if we can’t find a marriage record?